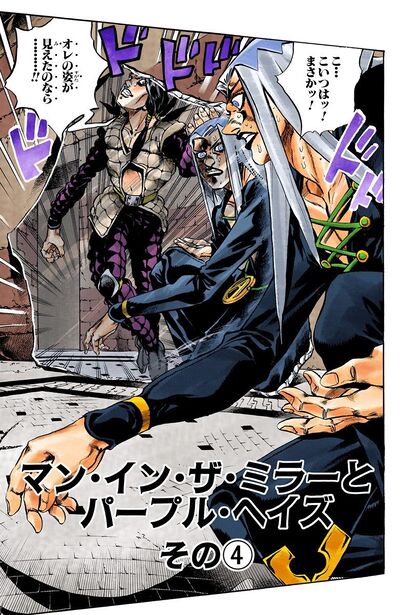 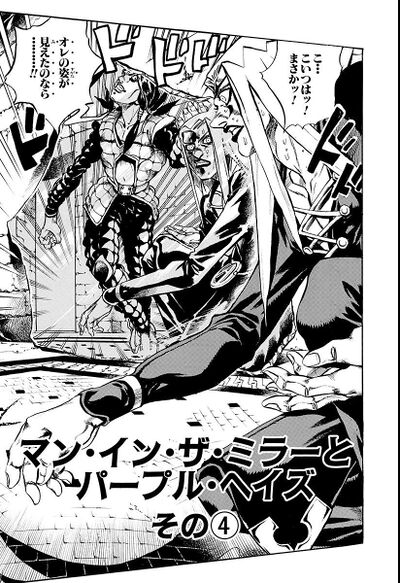 Man in the Mirror and Purple Haze, Part 4 (マン・イン・ザ・ミラーとパープル・ヘイズ その④, Man in za Mirā to Pāpuru Heizu Sono 4), originally It's Yours! (おまえのだ！, Omae no da!) in the WSJ release, is the forty-third chapter of Vento Aureo and the four hundred eighty-second chapter of the JoJo's Bizarre Adventure manga.