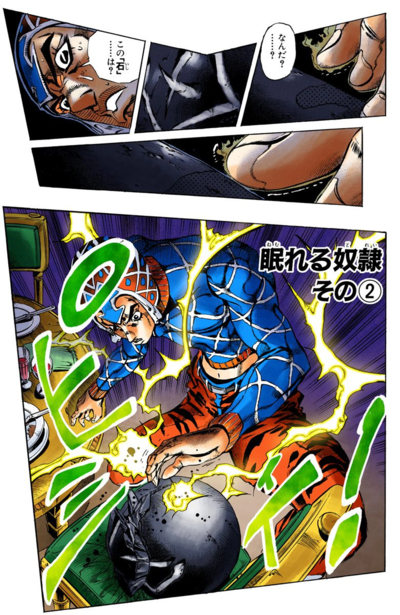 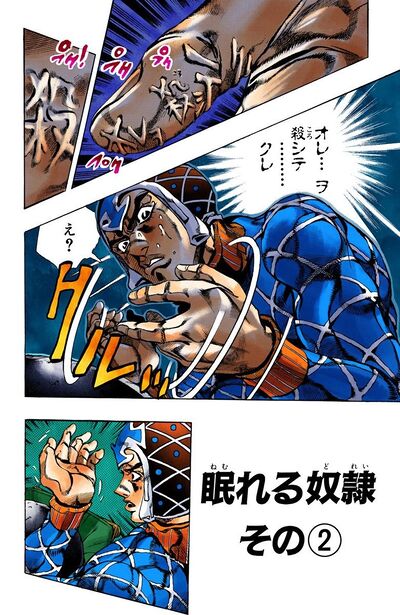 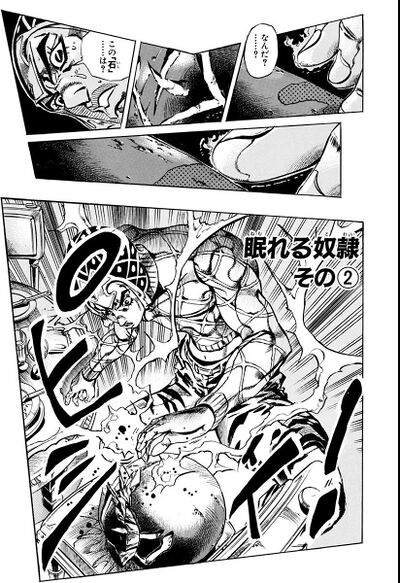 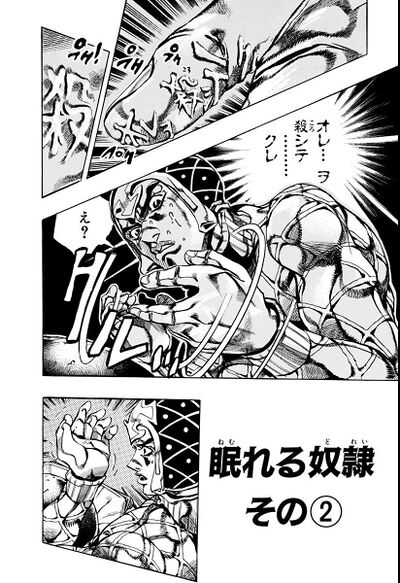 Touching the stone, Mista hears a plea to kill someone. Disturbed, he asks who has been talking to him, but is cut short as Bucciarati wants him to go with him immediately. The rock seems to follow Mista even in the parking lot, but having no concrete proof, he does nothing.

In the way to the boyfriend's apartment, Mista enquires about the strange fact that the florist's daughter was holding a rock. Seeing the rock, Mista yells at Fugo to stop the car but looking again, the rock has seemingly disappeared. Mista looks deeply disturbed as they arrive to Mista's destination and Bucciarati decides to follow him, giving Fugo the responsibility of investigating Luca's murder.

In the hall, Mista sees an elevator opening and the strange rock in it. He shoots it and then sees the sculptor Scolippi inside, but more importantly that the rock has taken Bucciarati's shape.