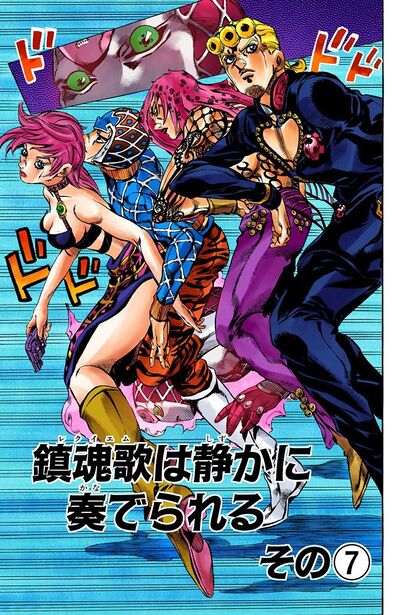 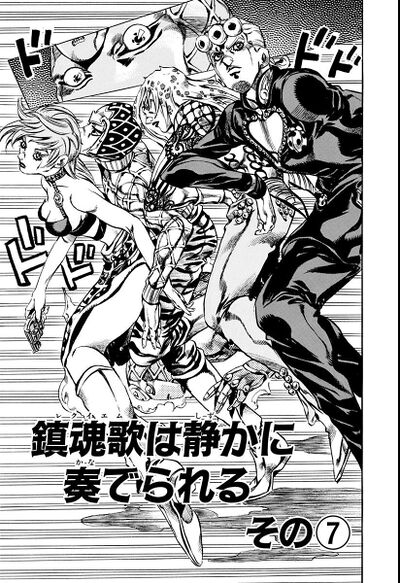 As everyone in Rome is confused to have their bodies switched, one thug in a policeman's body tries to arrest Mista, who shoots him and takes his pistol. Bucciarati and the others follow Chariot Requiem closely and examine it. Bucciarati makes Chariot Requiem trip over, seeing that the Stand is rather weak, even normal people can interact with it.

Giorno tries to pick up the Arrow Chariot Requiem dropped, but Gold Experience begins to emerge from him. He instead tries to drop a pebble toward the Arrow, only for Mista to catch another pebble birds dropped on Giorno's head. They understand that Silver Chariot's defense is proportionate to the attack. When Polnareff who is without a Stand picks up the Arrow, Chariot Requiem suddenly rushes toward him, and when Mista tries to defend Polnareff, he realizes that his revolver is broken.