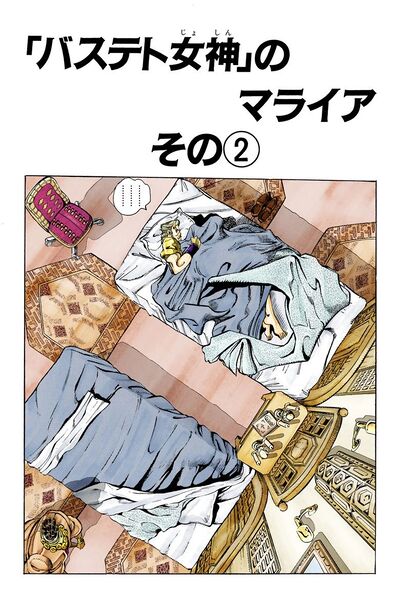 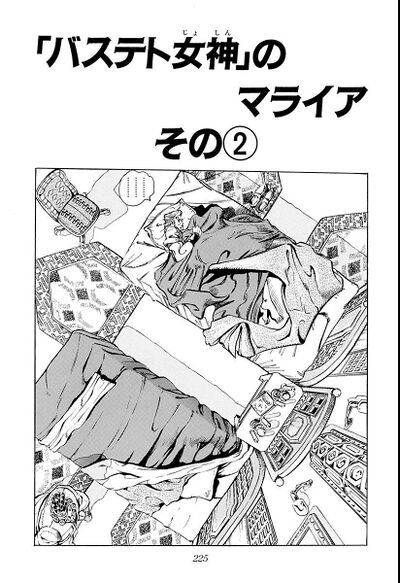 In a hotel room, Avdol wakes up Joseph as the group prepares to go eat breakfast. Polnareff yells at Joseph as old men are supposed to wake up early. Avdol chuckles as seeing that Joseph turned one hundred eighty degrees while asleep (his head now facing north) is also a sign of his youth. Joseph notices that his watch is no longer working and that even his prosthetic hand is starting to malfunction. As Joseph gets up and walks through the hotel, any and all metal objects begin attracting to him.

Joseph begins feeling suspicious and starts running through the hallway, causing all the metal cutlery in the area to fly towards him. Joseph realizes that he has become a human magnet, and tries to find the Stand user responsible for this. He steps onto an escalator, causing the metallic jewelry on the woman in front of him to fly towards him and wrap around his neck. The jewelry gets caught in the escalator and begins strangling Joseph. Joseph yells at the woman to save him, but she mocks him revealing herself to be the enemy Stand user, Mariah.