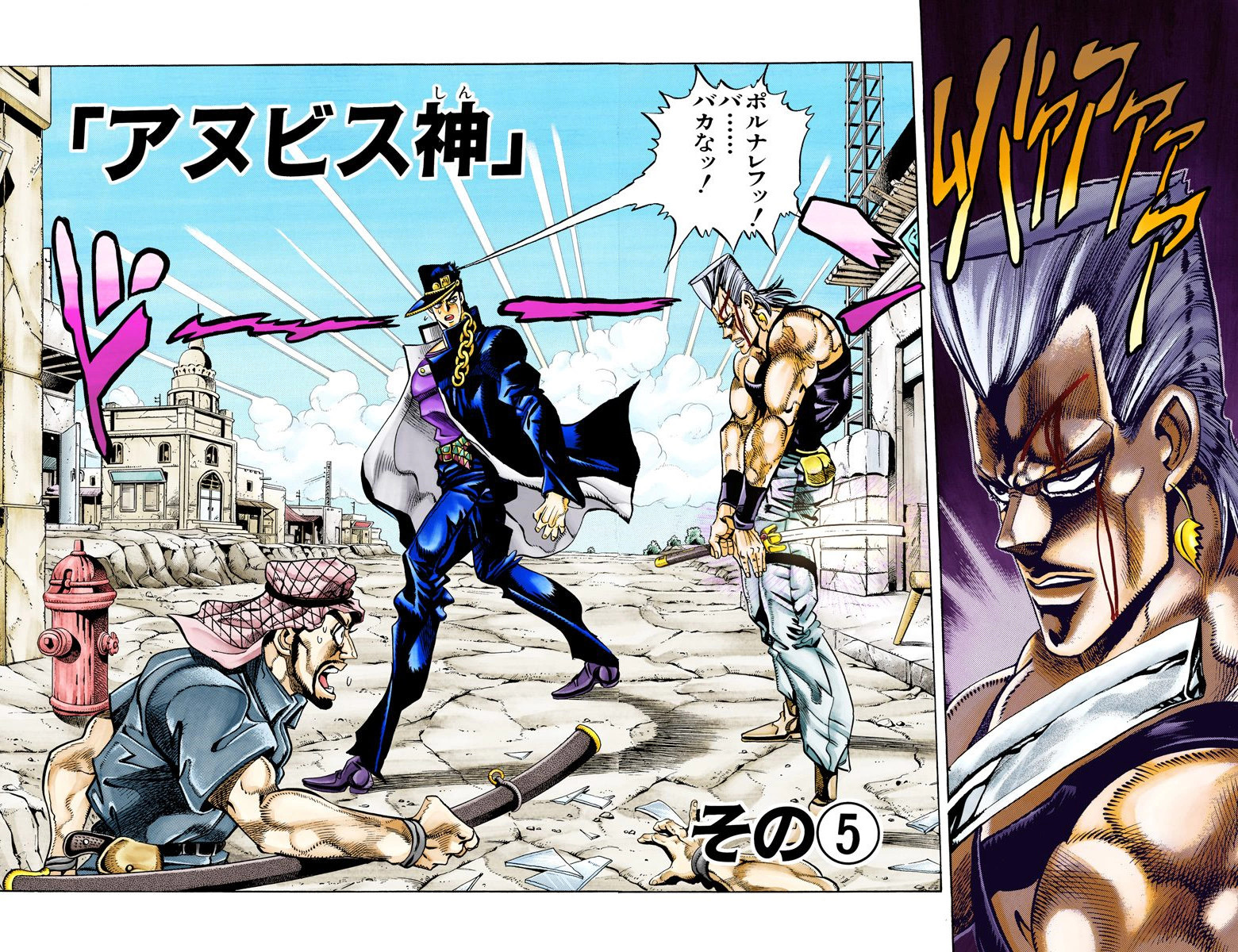 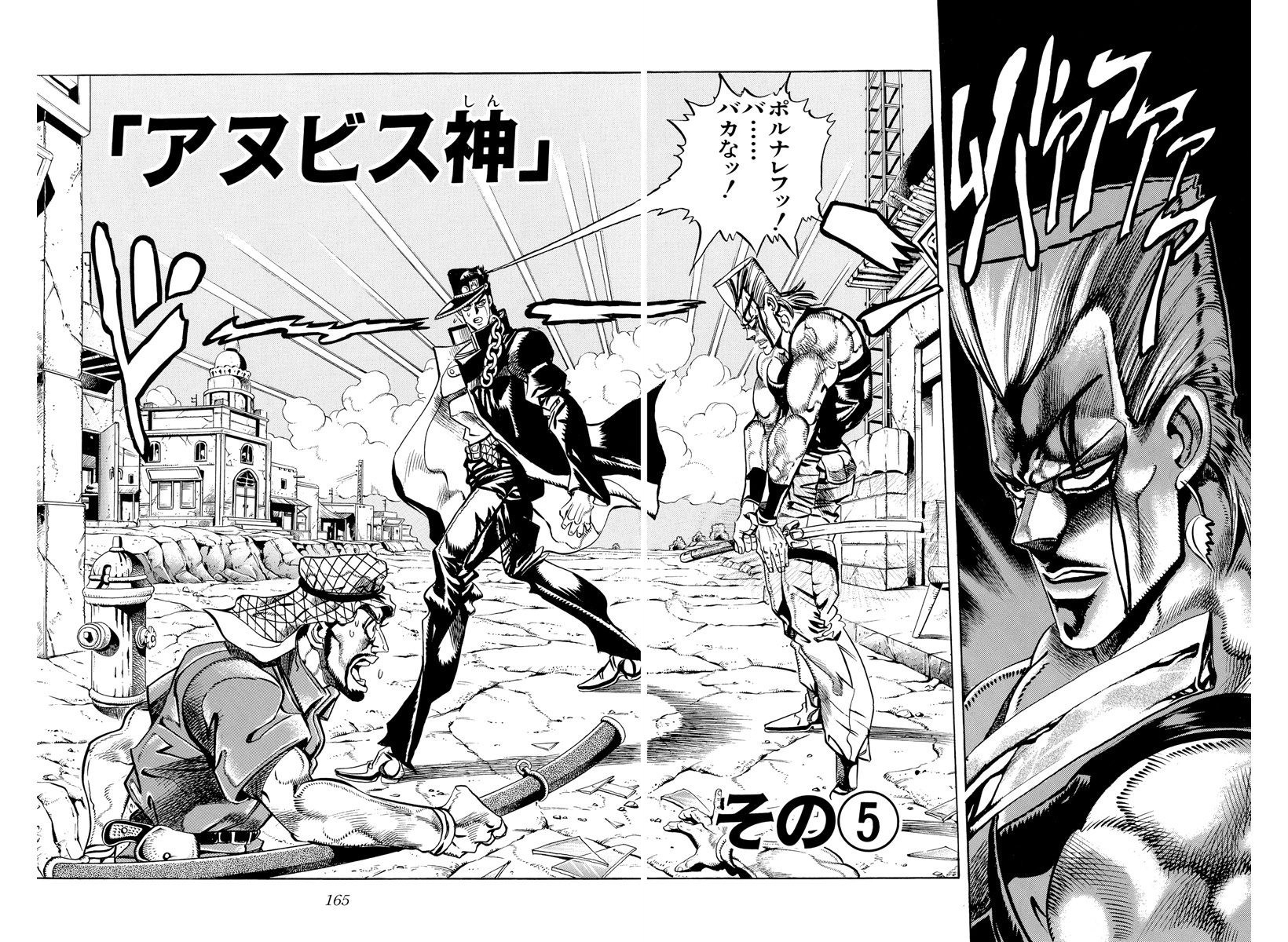 With Anubis unsheathed, Polnareff is now fully under its control. His first act is to punish the police officer who had unfortunately interfered. Jotaro quickly kicks the officer out of Polnareff's way and prepares for their fight. Jotaro is concerned as he will have to go all out against Polnareff and threaten his friend's life, but the only alternative is holding back and relinquishing his own life. Having memorized Star Platinum's extreme speed, Anubis confidently attacks Jotaro, to which Jotaro fights back with a flurry of punches from his Stand. However, with each strike, Anubis gets faster and faster quickly outclassing Star Platinum. Star Platinum tries to once again catch the blade with its palms but Anubis is too fast now. The blade nearly strikes Star Platinum's head, but the Stand headbutts the blades side and pushes Polnareff into a nearby tree. Anubis, however, was able to strike Star Platinum's shoulder, launching Jotaro into a nearby fire hydrant. Jotaro realizes that he must give it his all if he wants to defeat Polnareff, but it might be too late as Anubis has now resorted to Silver Chariot dual wielding. The two magnificent sword Stands come together to form the ultimate combination of speed and grace. Star Platinum and Anubis+Chariot face off in a flurry of punches and dancing blades, but the deadly combo is too powerful and manage to stab Jotaro in the abdomen. Anubis gloats as it has finally defeated the invincible Stand warrior.