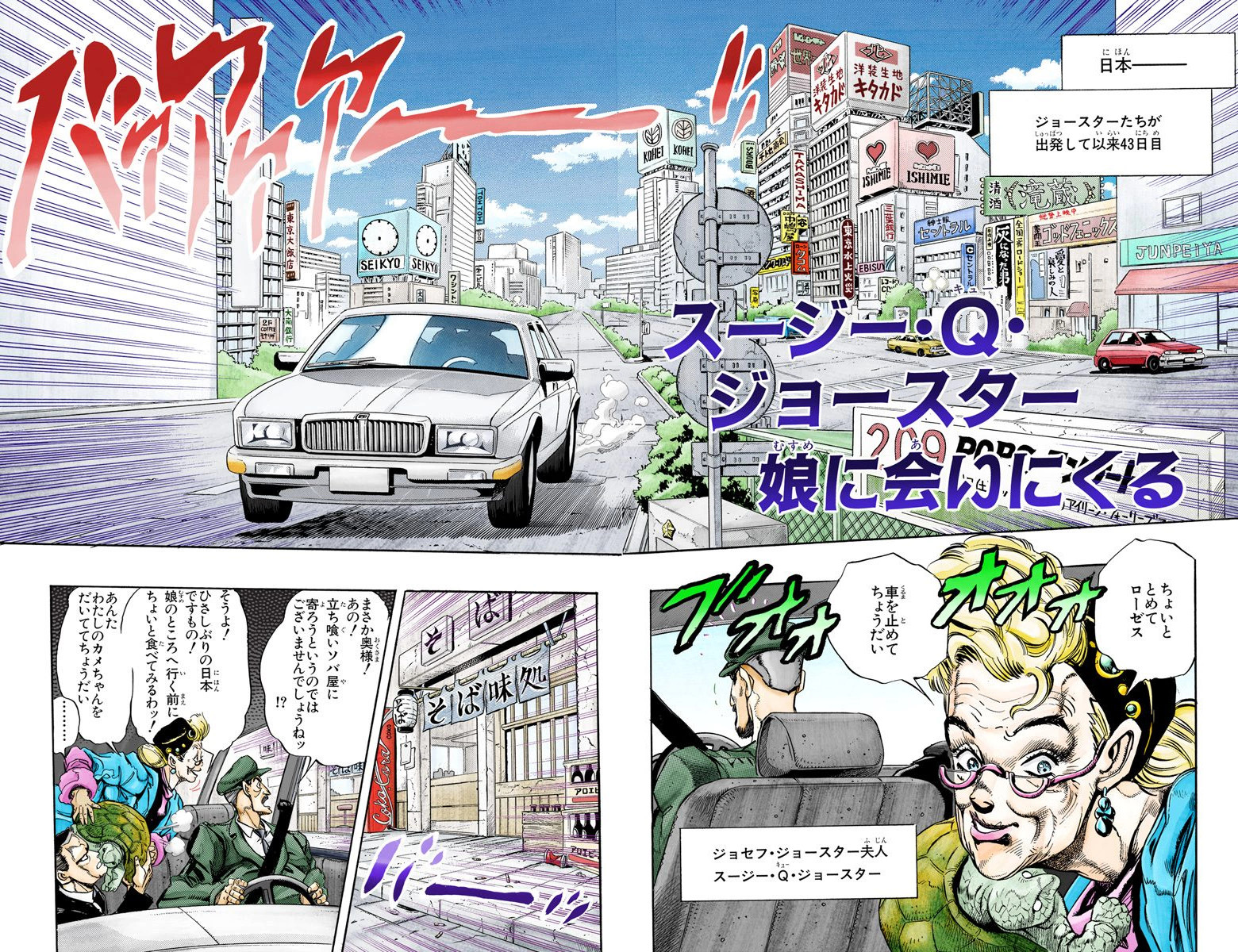 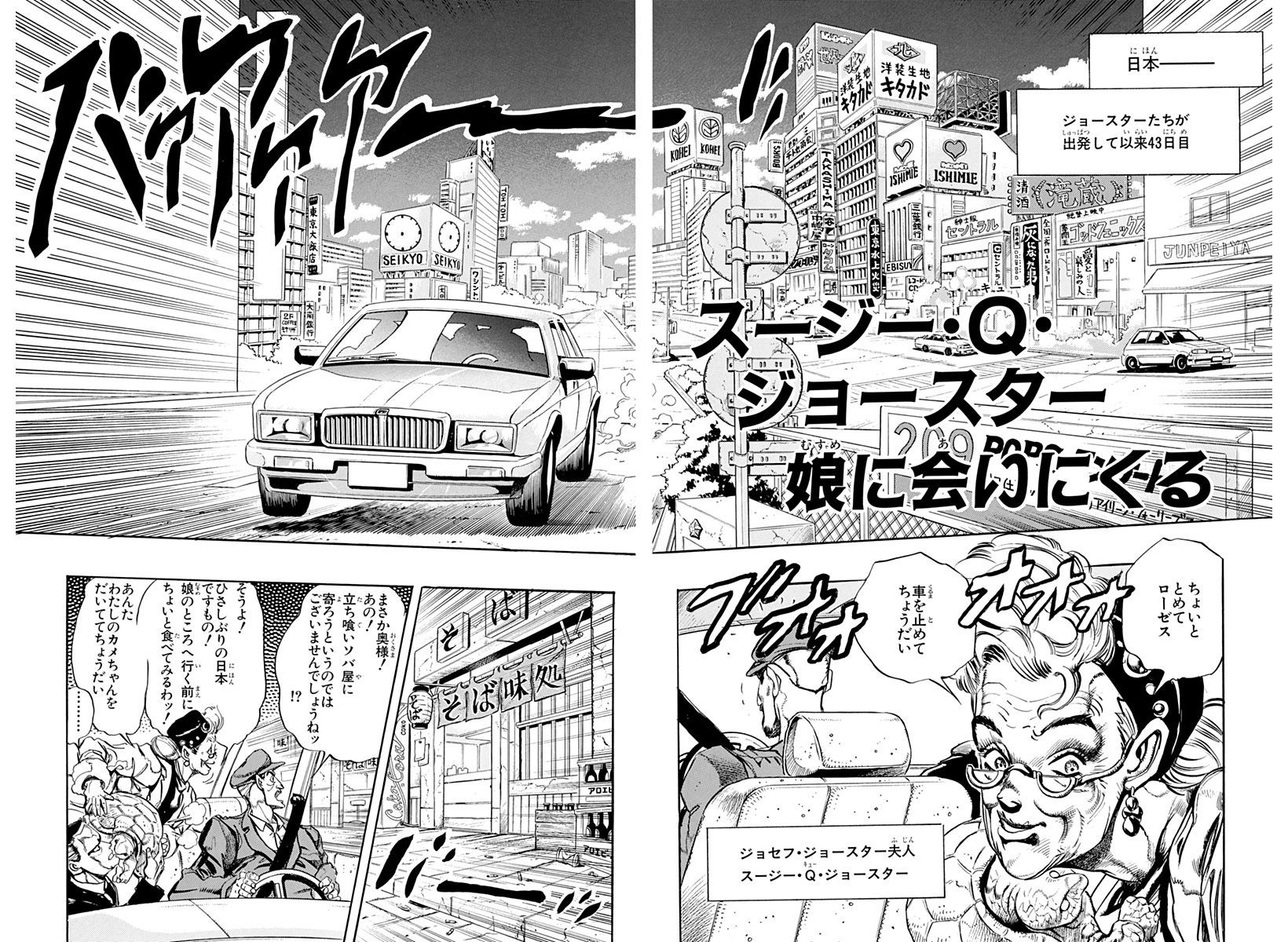 In Japan, Roses drives Suzi Q through the city streets on their way to visit Holy. Suzi Q orders Roses to stop the car so she can visit a soba shop. She exits the car and begins filming everything she sees. Roses tries to stop her, believing she should be more respectful of Japanese customs. A Speedwagon Foundation employee accompanying them asks Roses if he told Suzi Q of her daughter's condition. Roses explains that he is too close to Suzi Q and didn't have the heart to tell her. The SPW employee warns him that Holy will only live for a few more days if the Joestars are unable to defeat DIO. While unable to see Stands Suzi Q will clearly be able to see the shadow of death looming over her daughter. Roses tries to tell her about Holy, but Suzi Q begins filming a Yakuza member. The Yakuza gets upset and threatens Suzi Q. Angered by the threat, Roses kicks the Yakuza in the abdomen, knocking him back. Roses scolds Suzi Q, and the two get back in the car. On the way to Holy's, Roses tries to build up the courage to tell Suzi Q the truth. However, Suzi Q already knows the truth. She explains that she could tell when her daughter and husband called her that they were going through hard times. The SPW employee explains that Joseph and the others are currently trying to take care of the source of her illness. Suzi Q tells the distraught Roses that all they can do is believe in Joseph and Jotaro. At Holy's house, Suzi Q comforts her daughter. Outside Roses cries, having been moved to tears by Suzi Q's words.