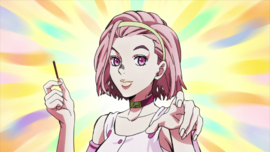 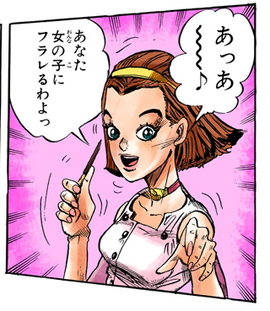 It narrates Rohan and Koichi's adventure in Ghost Girl's Alley, where they meet Reimi Sugimoto, who begs them to find her unknown murderer.

Rohan draws Koichi into helping with his research. The pair discovers a ghostly alley inhabited by Reimi Sugimoto, a victim of an unknown serial murderer over a decade prior. She begs Koichi and Rohan to find her killer, who continues to prey on the population of Morioh, and Rohan accepts her request. Rohan and Koichi also escape the malicious spirits of the alley who drag away anyone who looks behind their back into an unknown place.

Yoshikage Kira is introduced, speaking as though on a date to the severed hand of a woman.