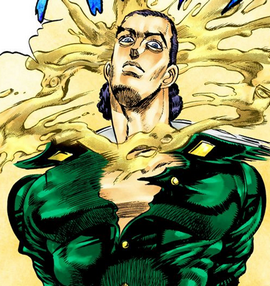 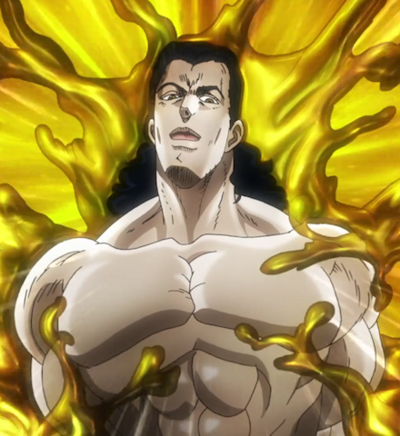 JoJo's Bizarre Adventure (SFC Game)
Heritage for the Future (Playable)
“
This is my true form... How handsome am I?
”
—Rubber Soul, Chapter 137: Yellow Temperance, Part 2 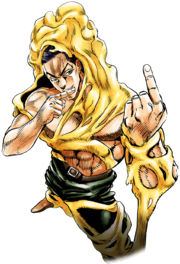 Rubber Soul was not given a proper name until several years after Part 3's publication, where it was revealed in the updated 1999 version of Heritage for the Future and eventually documented in JOJO A-GO!GO!.

Steely Dan's name was originally going to be localized to "Rubber Soul", despite the name already being used. It was later changed to "Dan of Steel".