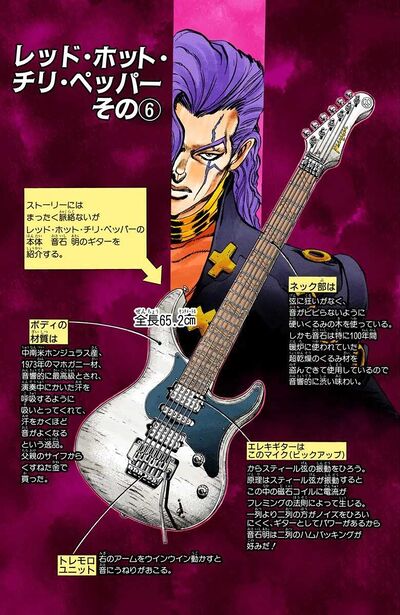 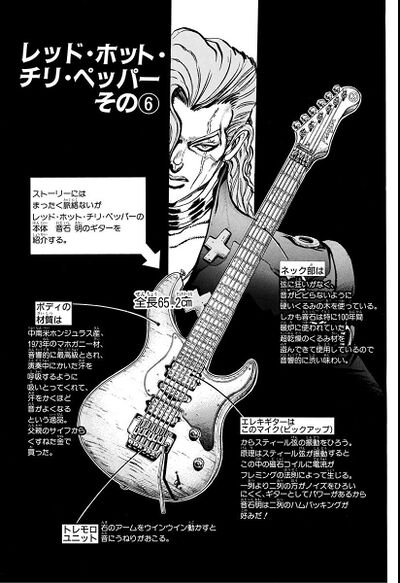 Otoishi is furious that Josuke broke his little finger and expresses his anger through a guitar solo, calming himself. Josuke rushes with Crazy Diamond to pummel him, but Otoishi suddenly disappears, and Josuke sees that Otoishi is now behind his back. Josuke is confused by Otoishi's apparent speed, but Koichi tells him that Red Hot Chili Pepper has emerged from one of the many gutters in the ground to turn him around at an insane speed, the asphalt being lined with electrical wires. The enemy Stand proceeds to repeatedly attack Crazy Diamond from the gutter, then disappears when it retaliates. Crazy Diamond tries to punch the ground, but Otoishi comments that it only makes new openings for his Stand. However Josuke aimed to transformed the asphalt back into coal tar, enabling Koichi to warn Josuke of an incoming attack when he sees bubbles appear near one of the gutters, and Crazy Diamond manages to hit Red Hot Chili Pepper.