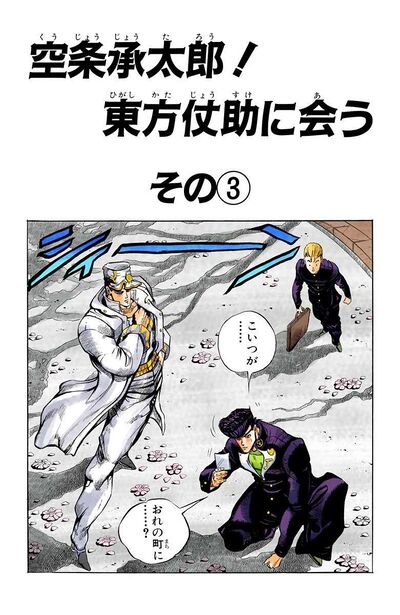 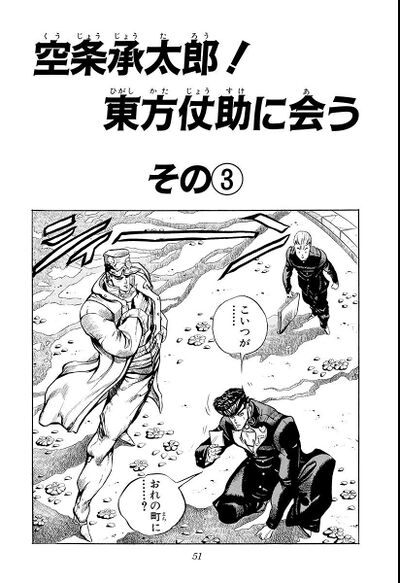 Jotaro warns Josuke to watch out for the man in the picture, telling him that he should only use his Stand ability when necessary. He hopes that the man in the picture has no connection to Josuke because the man is a very dangerous criminal by the name of Anjuro "Angelo" Katagiri. Anjuro was hanged, but he remained alive for 20 minutes after his heart stopped beating. He escaped two weeks later, and Jotaro thinks that he is already a Stand user or became one after being sentenced to death.

Josuke is now shown with Koichi, trying to get through a crowd outside of a convenience store. Police officers hold the crowd back, as there is a robbery in progress within the store. The robber, who has taken a female clerk hostage, emerges from the store and demands a car. Josuke is standing by the car, and the robber insults his hair, angering him. Josuke attacks the robber by using his Stand to punch through both him and the woman, grabbing the knife as he does. He leaves the knife inside of the man when he heals them, and a Stand emerges from the man's body before sliding into the sewer.