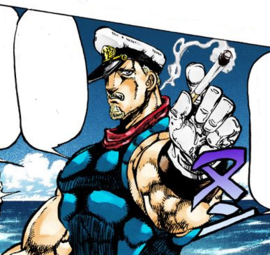 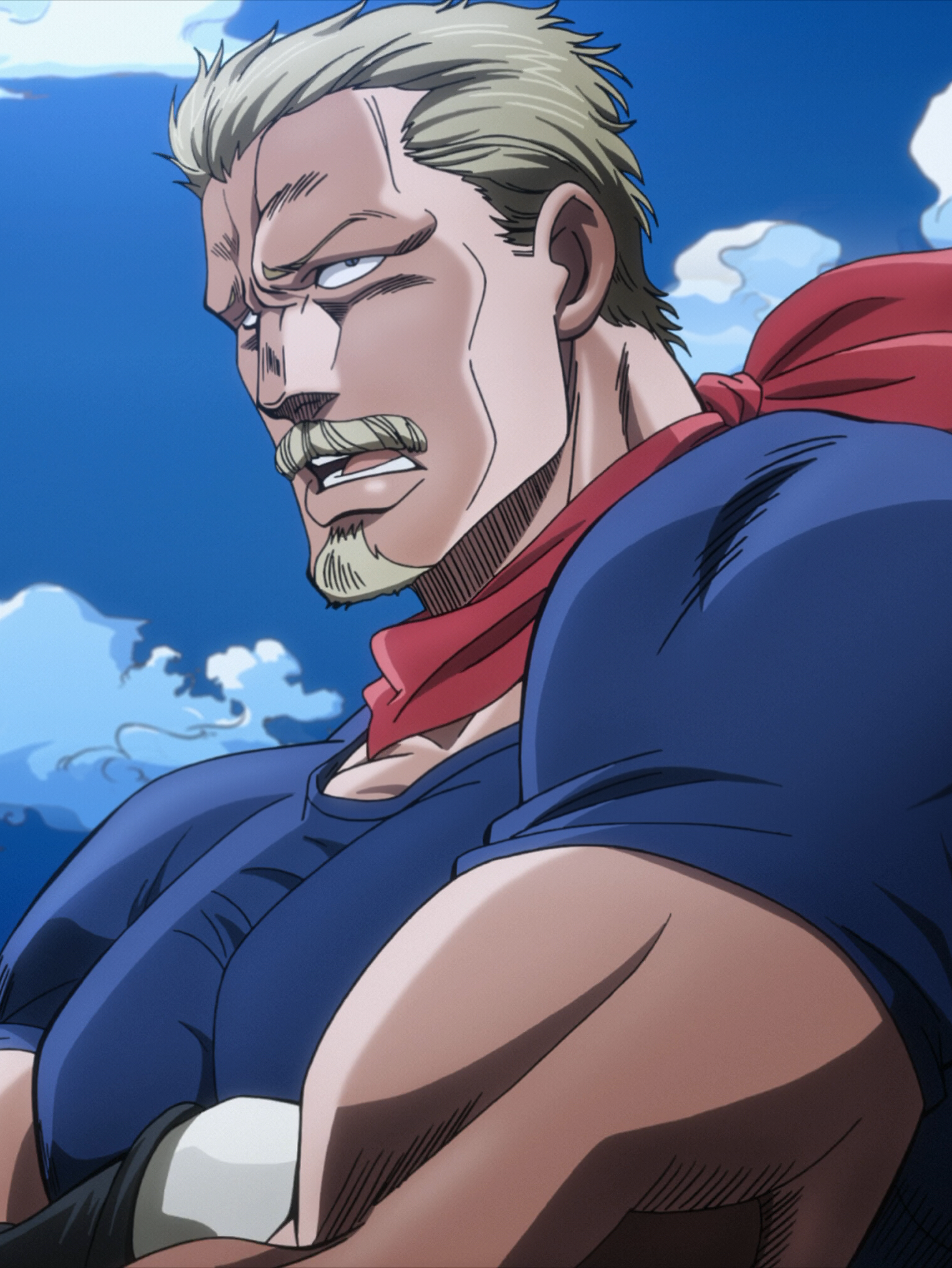 Tennille appears as a tall, muscular man possibly in his late thirties. He has a fairly inconspicuous appearance as he only has a moustache and a soul patch for a facial trait and has a mere crew cut.

Though the true Captain Tennille is never shown, one can assume that he was practically identical to the impostor, since his men, who had worked for ten years on the same ship, did not even suspect the replacement.

Tennille appears to be very patient, as he originally planned to separate the protagonists and kill them one by one. Once his schemes are spoiled by Jotaro Kujo, he does not lose his calm, saying that it will be no problem for him to kill them all at once from underwater. He appears to be also quite thorough in his work as he planted bombs on his ship to prevent the Joestar Group from sailing to Egypt. He also enjoys guessing what his enemies are thinking. As with most Stand Users, he is very confident in his Stand's ability, with reason as even Star Platinum had trouble fighting Dark Blue Moon in the water.

Tennille's Stand is Dark Blue Moon, a considerably independent humanoid Stand of great advantage in water due to its ability to swim, create whirlpools, throw its razor scales as projectiles, and create barnacles that drain the strength of its foes.

Tennille's lung capacity surpasses the human average by three times, and through practice, he can stay underwater for 6 minutes and 12 seconds.

Tennille is one of the Tarot Card representatives sent by Enya the Hag to kill the Joestar group. Seeing that the Joestar group decided to travel by sea after the attack of Gray Fly and how the captain of the ship looks just like him, he decides to kill the captain and take his place. He throws the captain into the ocean and boards the ship with everyone else, no one noticing that he isn't the real Tennille. He plans to kill the group one by one while inside the ship.

Tennille appears on a boat that Jotaro Kujo and company have taken to go from Hong Kong to Singapore. After Jotaro and Anne are attacked in the water by a mysterious creature, Jotaro has become suspicious of the crew members and believes one of them may be a Stand user.

He tries to take Anne hostage, but before he manages to do so he is stopped by Star Platinum. Tennille, however, drags Jotaro underwater with his Stand Dark Blue Moon, where his Stand can fight at full power. He traps Jotaro into a vortex, attempting to slash him with Dark Blue Moon's razor scales. He even manages to create some sort of little Cirripede-Stands that drain energy from his opponents' Stands.