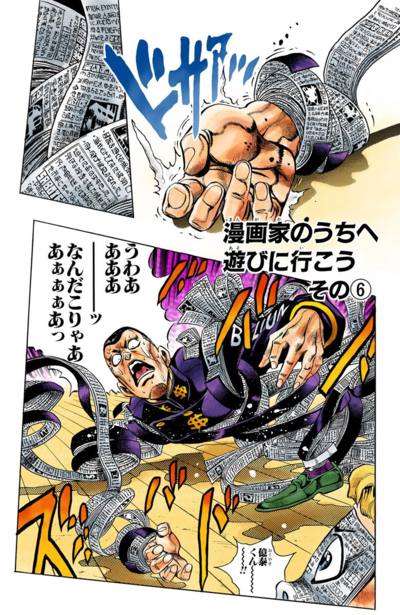 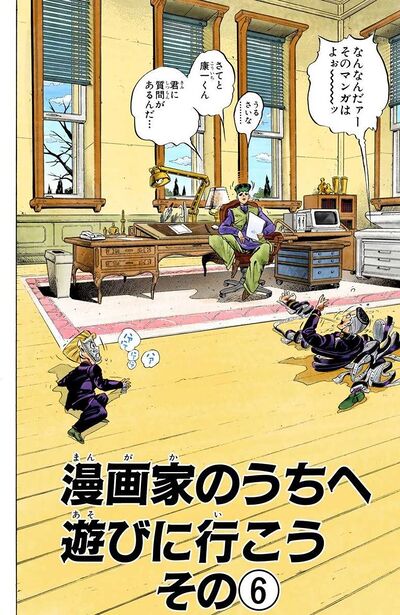 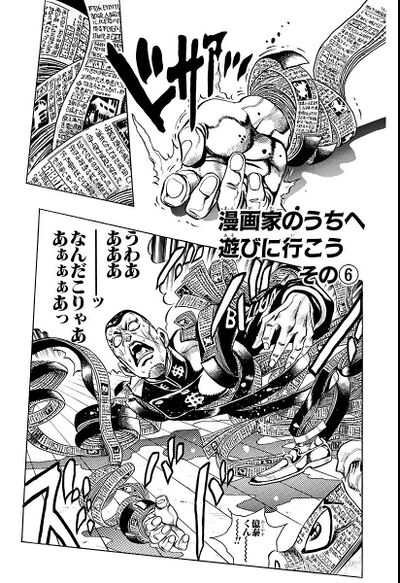 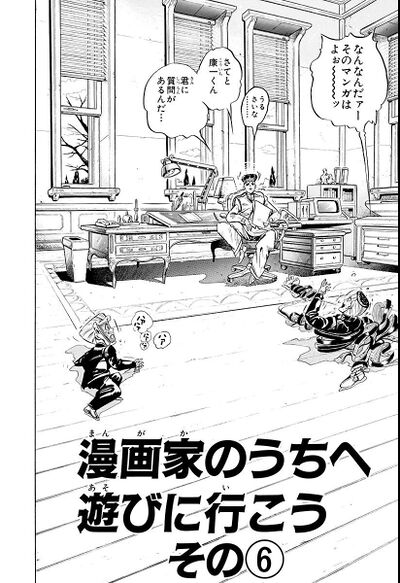 Let's Go to the Manga Artist's House, Part 6 (漫画家のうちへ遊びに行こう その⑥, Mangaka no Uchi e Asobi ni Ikō Sono 6), originally The Way to Open His Eyes! (目を開かせる方法！, Me o Hirakaseru Hōhō!) in the WSJ release, is the fifty-eighth chapter of Diamond is Unbreakable and the three hundred twenty-third chapter of the JoJo's Bizarre Adventure manga.