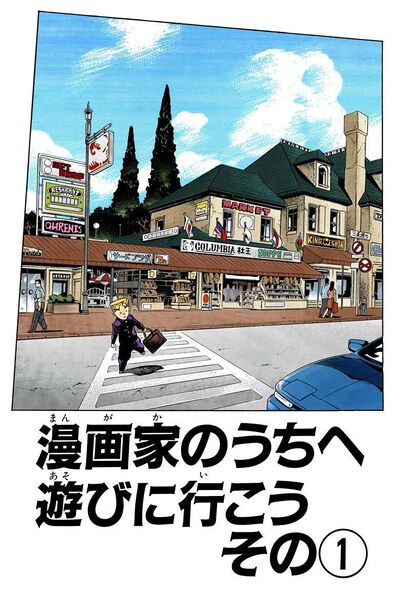 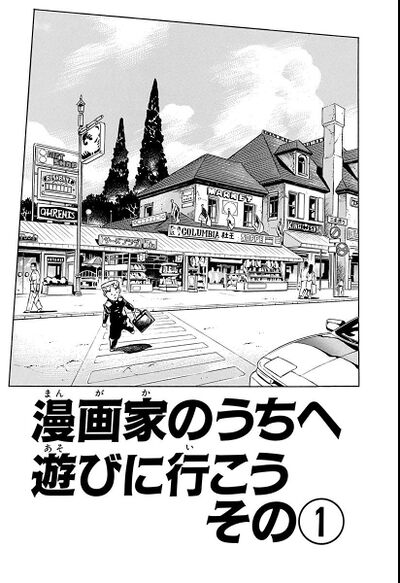 Koichi accidentally runs into Hazamada while walking home from school. The two banter about Josuke and Shonen Jump. Eventually they start to talk about the manga Pink Dark Boy, and Hazamada brings up that the manga-ka for the series, Rohan Kishibe, is currently living in Morioh and the two excitedly go to his house.

At Rohan's estate the two are scared to ring his doorbell but Hazamada convinces Koichi to do it. Before Koichi can push the doorbell however a hand grabs Koichi from behind the door. The hand is revealed to belong to Rohan who eerily stares at Koichi and Hazamada. They both reveal that they're fans of his work and Rohan happily allows them into his house for autographs. Rohan brings the two into his work area where Rohan monologues about why he moved to Morioh and his work schedule.

Rohan notices a spider on Hazamadas shoulder while speaking and asks to analyze it. Rohan picks it up and looks at it through a magnifying glass while looking at a description of the spider in a book. Rohan says the secret to writing an interesting story is realism. He starts cutting open the spider, wanting to see its organs and how it squirms before death. Koichi calls this cruel and Rohan scolds him and starts licking the spider. Koichi starts to regret coming to Rohan's house.