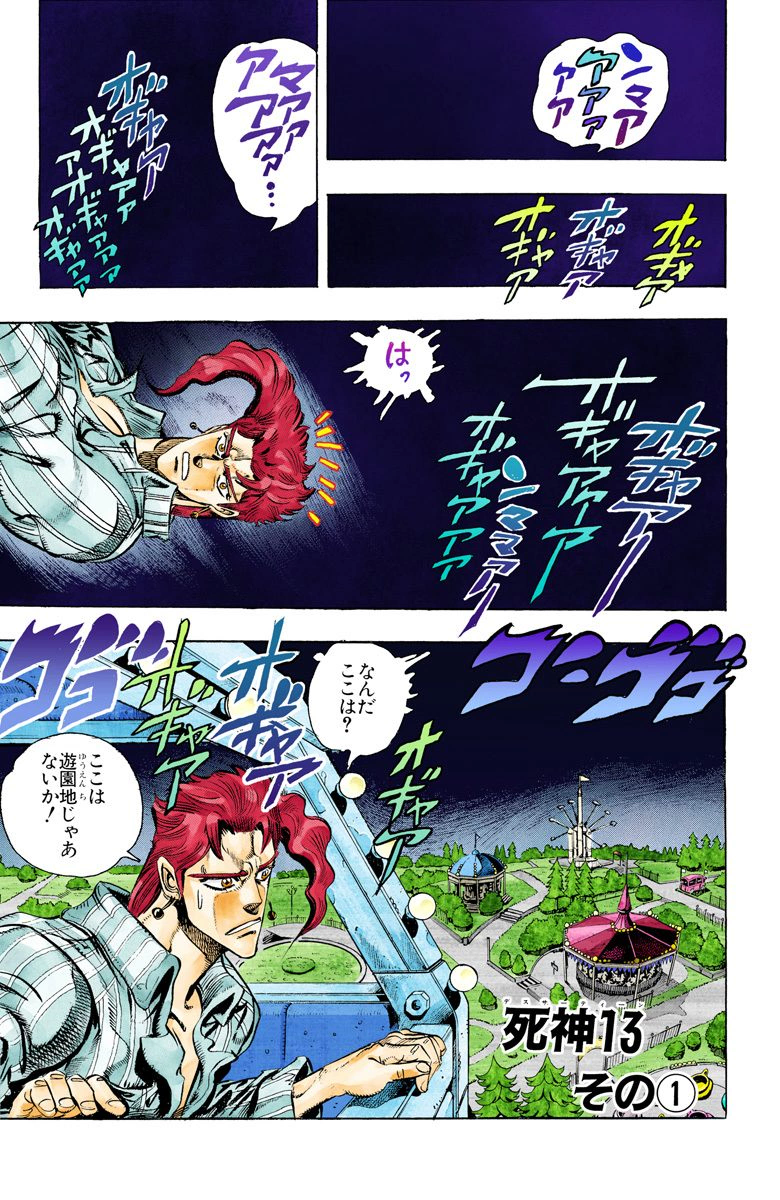 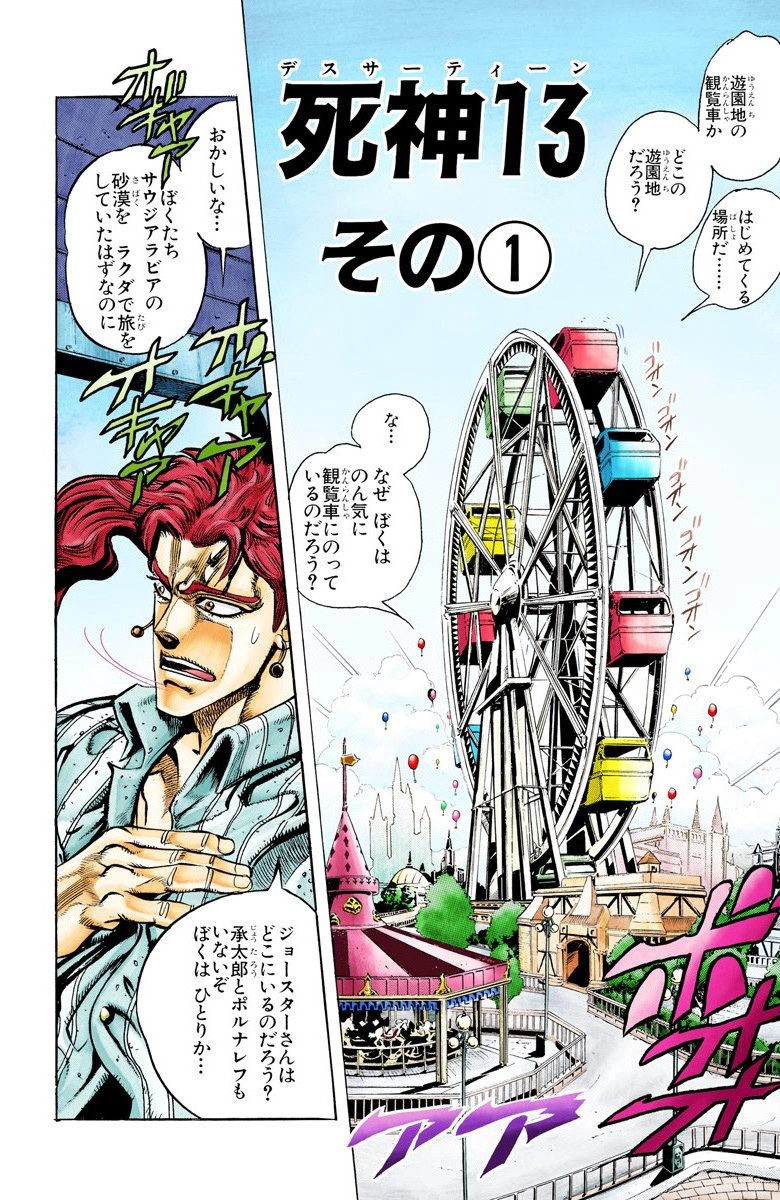 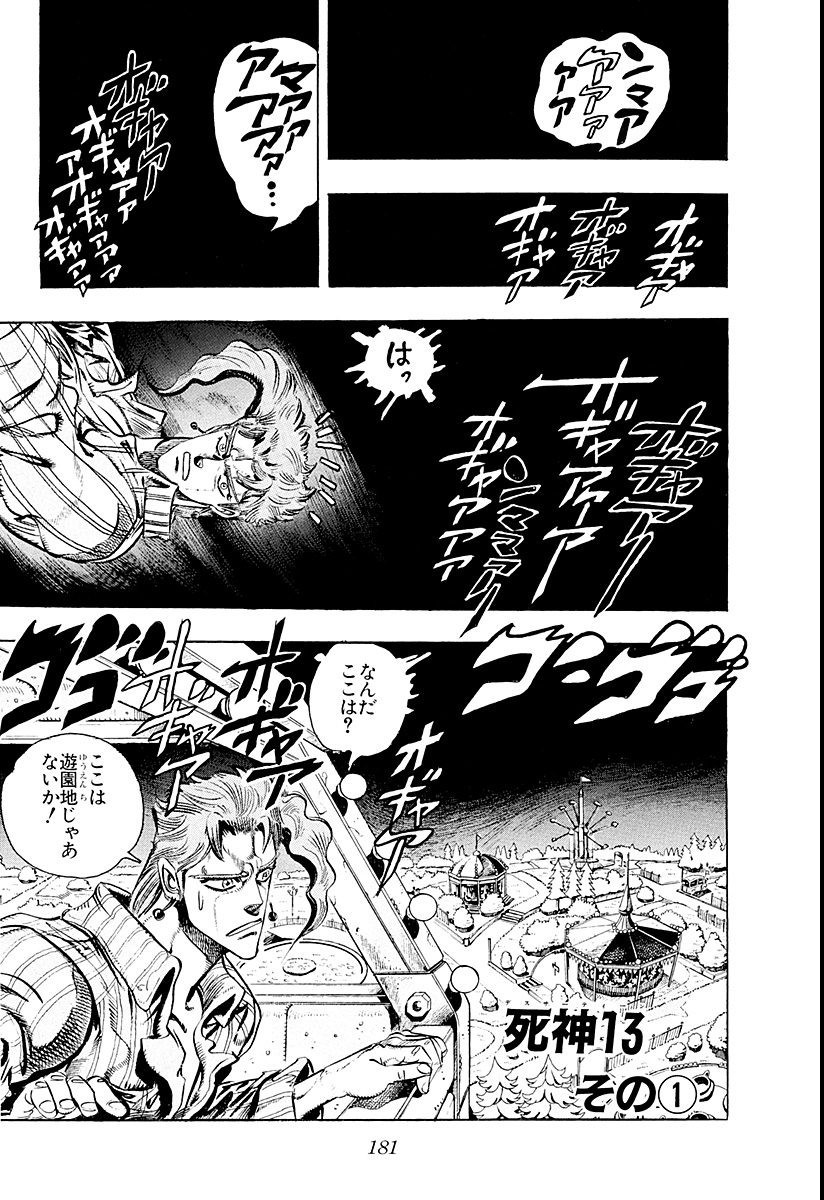 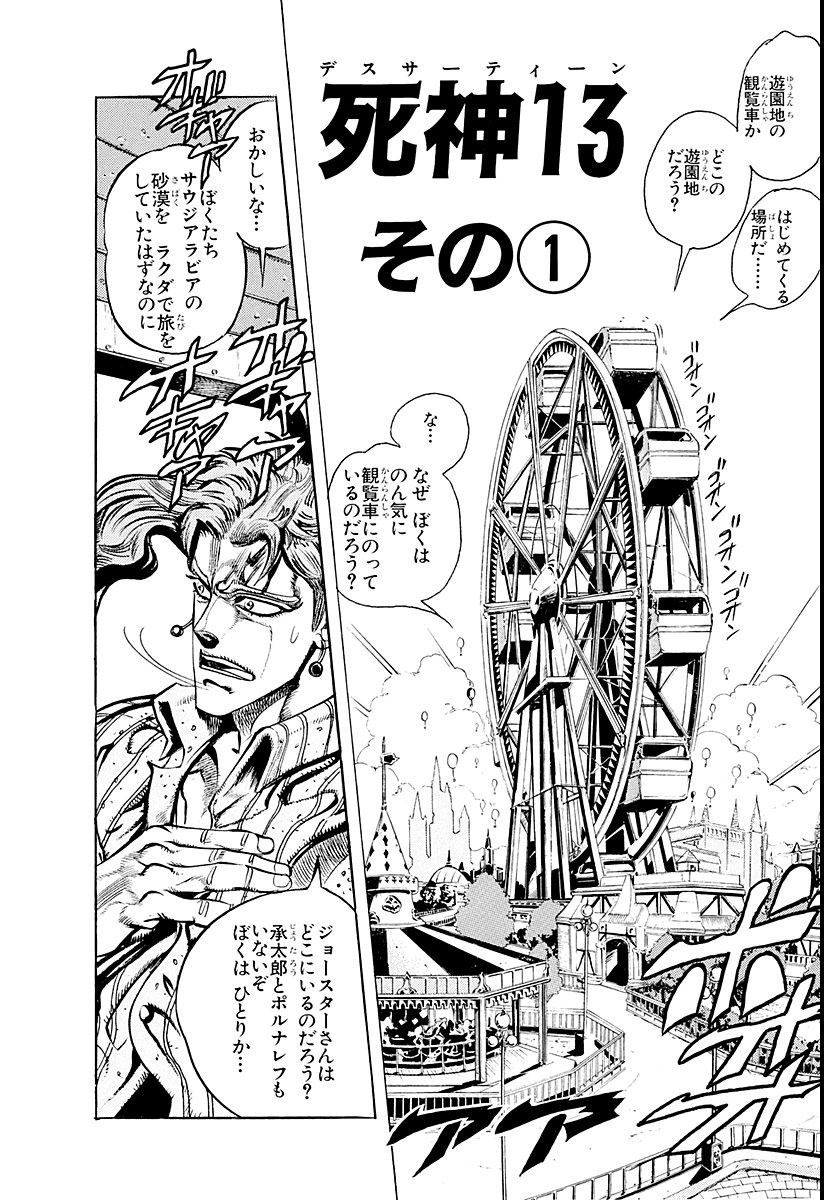 Death Thirteen, Part 1 ( その①, Desu Sātīn Sono 1), originally A Dream of Death Thirteen (夢の, Yume no Desu Sātīn) in the WSJ release, is the fifty-fifth chapter of Stardust Crusaders and the one hundred sixty-eighth chapter of the JoJo's Bizarre Adventure manga.

In the morning, Kakyoin awakes in a panic, but does not remember his nightmare. He finds his hands still bleeding. He and Polnareff come out of the hotel and find the dog dead. Meanwhile, Jotaro and Joseph are at the airstrip trying to purchase a plane. The man who owns the plane does not want to sell it because a baby is sick. Another plane is damaged and two others are out on errands.