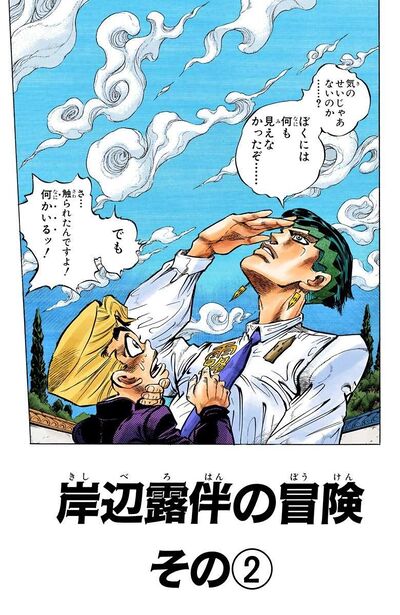 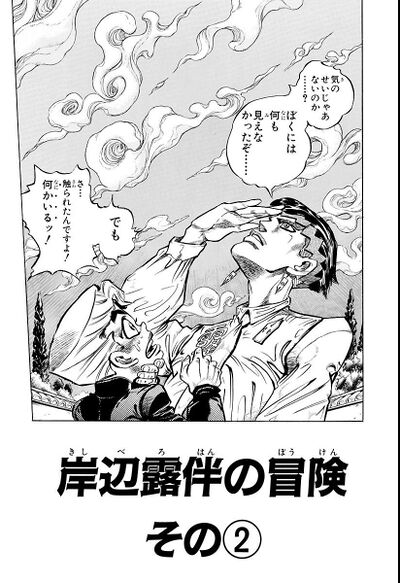 Rohan Kishibe's Adventure, Part 2 (岸辺露伴の冒険 その②, Kishibe Rohan no Bōken Sono 2), originally The Labyrinth's Guide! (迷路の案内人！, Meiro no Annainin!) in the WSJ release, is the sixty-sixth chapter of Diamond is Unbreakable and the three hundred thirty-first chapter of the JoJo's Bizarre Adventure manga.

Rohan and Koichi find themselves stuck in a mysterious street. Rohan asks Koichi to send his Echoes up in the sky again. But he is interrupted when a young woman presents herself before them. She proposes to guide them, but Rohan attacks by drawing artwork in the air, subjecting the girl to Heaven's Door's power. Rohan investigates the girl, who is named Reimi Sugimoto, a 16 years old girl without a Stand who lives in Morioh. After Rohan begins to uncover more personal information and Koichi interrupts him, the mangaka erases Reimi's recent memories and resumes the conversation. Reimi, acting as a guide for Rohan and Koichi in the streets, tries to be friendly by making a "pocky horoscope" with Rohan, predicting that he'll get dumped by a girl due to his personality, which Rohan dismisses.

The mood becomes more serious, however, when Reimi presents to them a house where someone was murdered, narrating in great detail how a girl was lured out of her bed by the dripping sound of her dog Arnold's blood in the bathroom, and someone killed her from behind. Shortly after the end of that horror story, Rohan and Koichi see the same dog in the house's garden, and realize that they have been talking to the ghost of the murdered girl from the story.