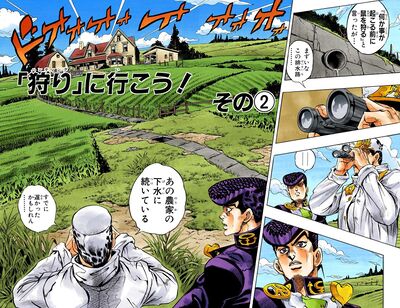 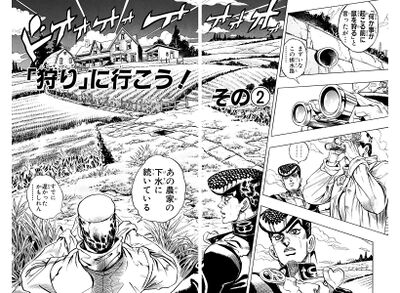 Let's Go Hunting!, Part 2 (｢｣に行こう！ その②, 'Hantingu' ni Ikō! Sono 2), originally Inside the Fridge! (冷蔵庫の中！, Reizōko no Naka!) in the WSJ release, is the sixty-first chapter of Diamond is Unbreakable and the three hundred twenty-sixth chapter of the JoJo's Bizarre Adventure manga.