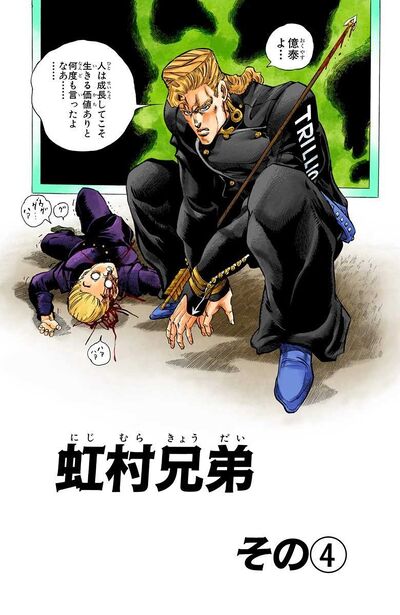 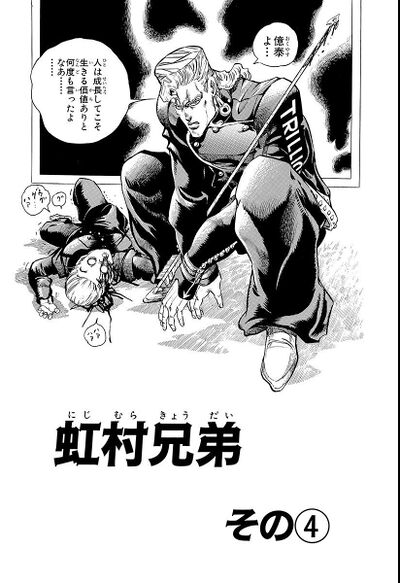 Keicho comments that Okuyasu's Stand is powerful, but without brains, he is worthless. Bad Company keeps piercing holes in objects which confuses Josuke because he does not know where the attacks are coming from. He breaks the wall and drags Okuyasu out, barely dodging Bad Company's attacks. He tells Okuyasu that he will heal him if he tells him what Keicho's Stand is.

Okuyasu says he will not betray his brother but Josuke heals him anyway. Okuyasu doesn't understand why Josuke healed him, but Josuke replies that he does not want anyone to die, so if Koichi dies then Keicho will suffer very much. They re-enter the house and Okuyasu helps Josuke by teleporting them to Koichi.