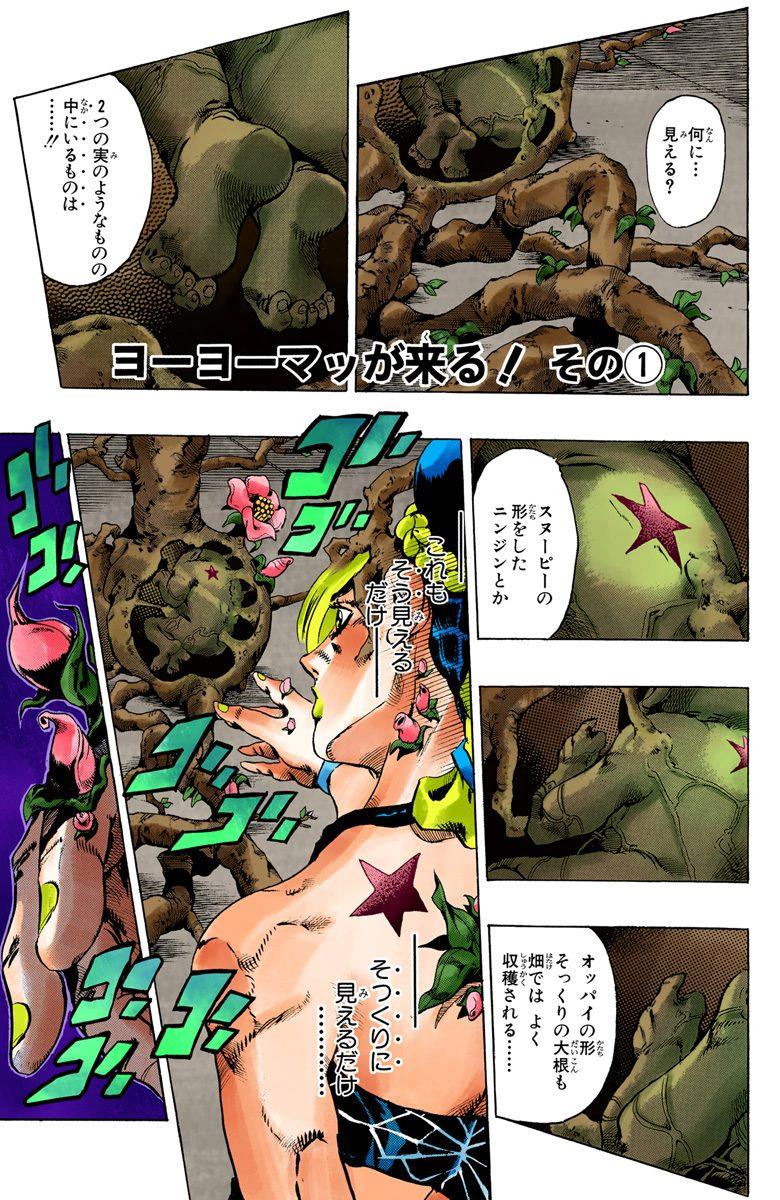 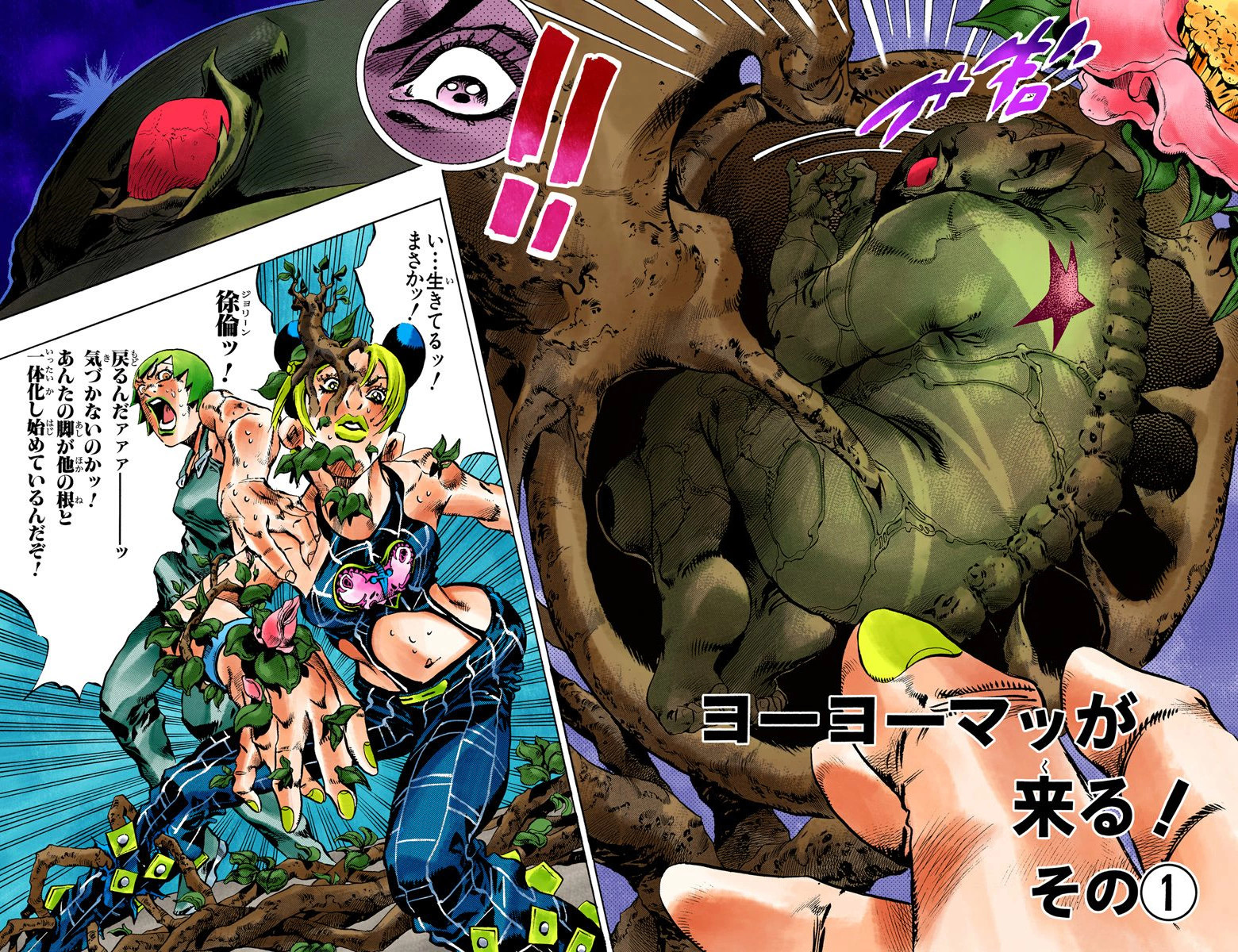 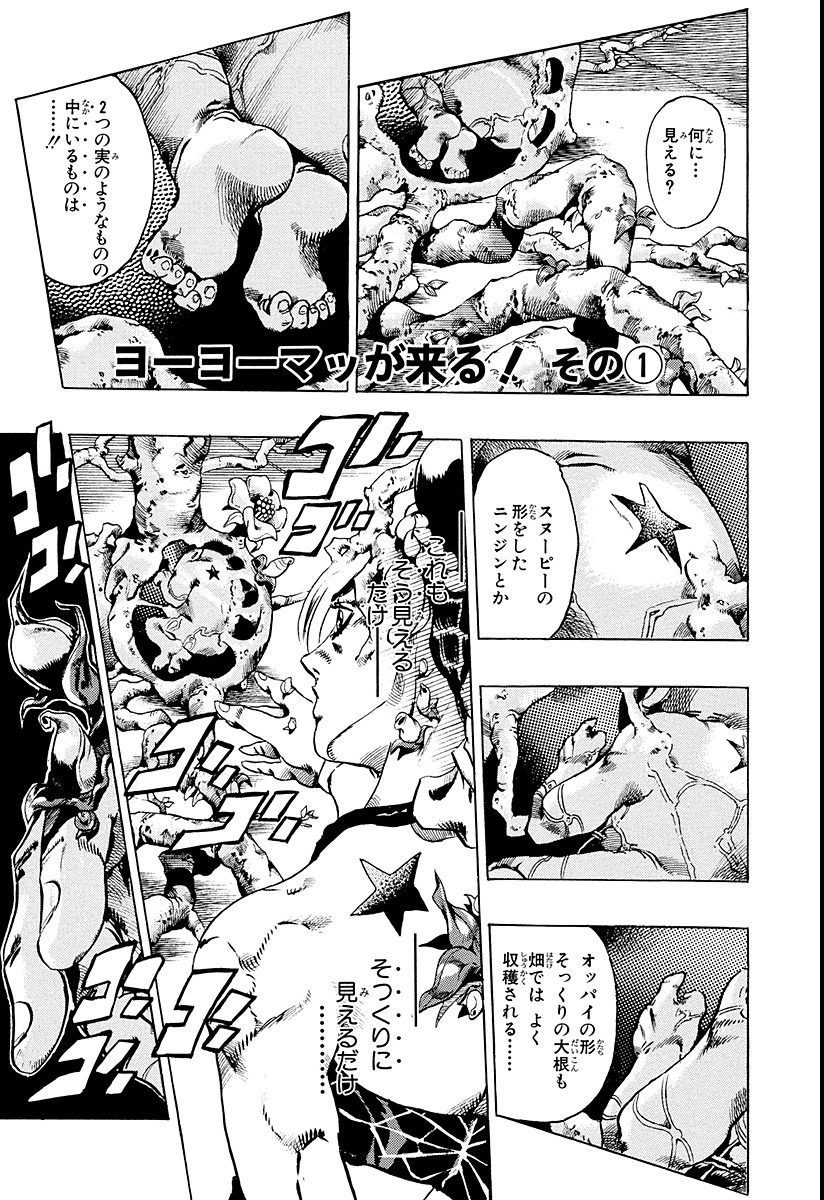 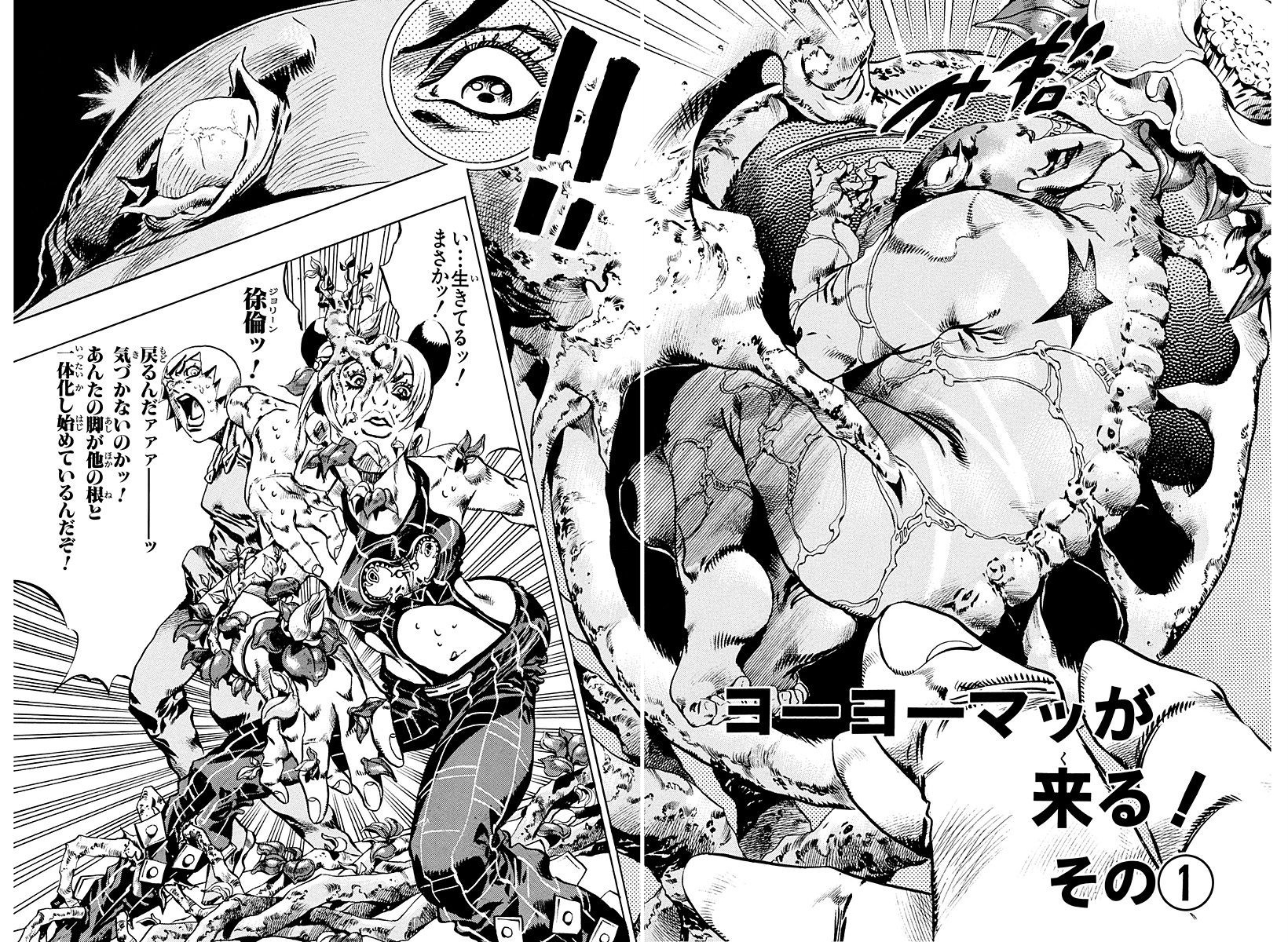 Jolyne steps into the sunlight to approach the green baby as F.F. tries to pull her back. The light causes the plants in Jolyne to grow more rapidly, but her curiousness leads to her ignoring F.F. and grabbing it. F.F. panics due to their escape route being in the west side of the prison, the direction in which the sun sets.

Anasui looks for an alternate route and finds Guccio panicking in a cell. He comforts the fearful inmate, despite being warned that he is probably an enemy. D an G observes from afar, not entirely sure what is going on in the ultra security ward. As he watches, Guccio walks past him, and grabs his shoulder. He aks where Jolyne and the others are, but Guccio's rib cage bursts out of his back and pierces D an G's arm.

While the enemies are distracted, Anasui takes the opportunity to escape with the others. With his arm torn to shreds, D an G bawls on the floor as the deformed Guccio walks out of the ward.