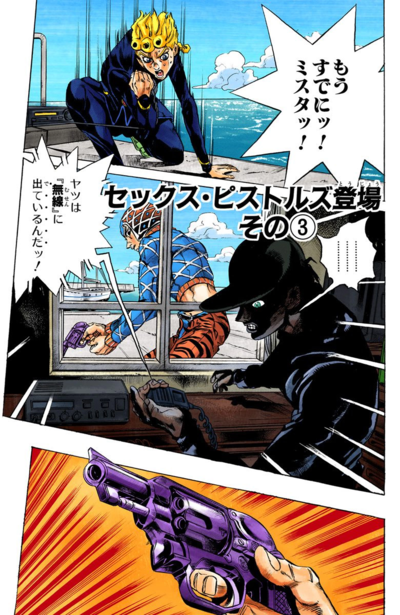 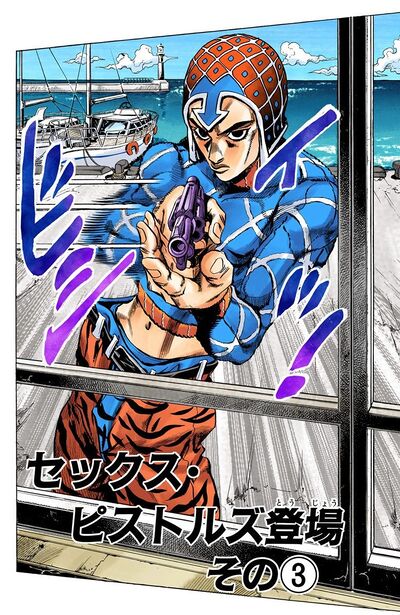 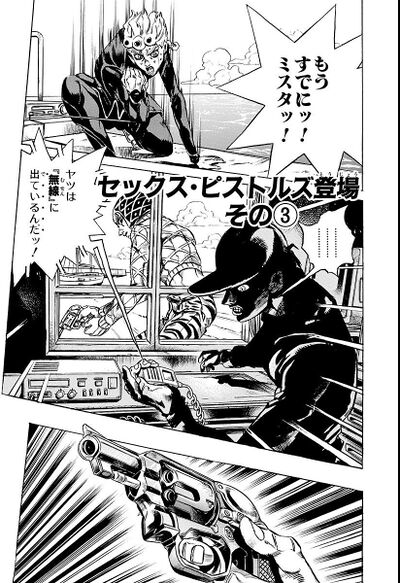 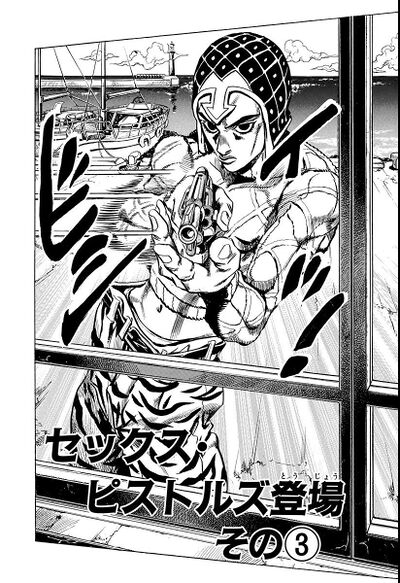 Mista shoots into the window, but the enemy shuts the blinds, causing the bullets to miss. Sex Pistols redirects the bullets, hitting the enemy in the ankle, who still escapes. As Mista searches for them, he notices a nearby truck.

When the truck starts driving away, Mista gets on in hopes that the enemy is also there. Getting into the driver's seat, he successfully finds the unknown adversary. The enemy tries to attack but is immediately shot in the forehead, which launches him onto the top of the moving vehicle. Despite the supposedly fatal wound, the enemy survives, cursing Mista.