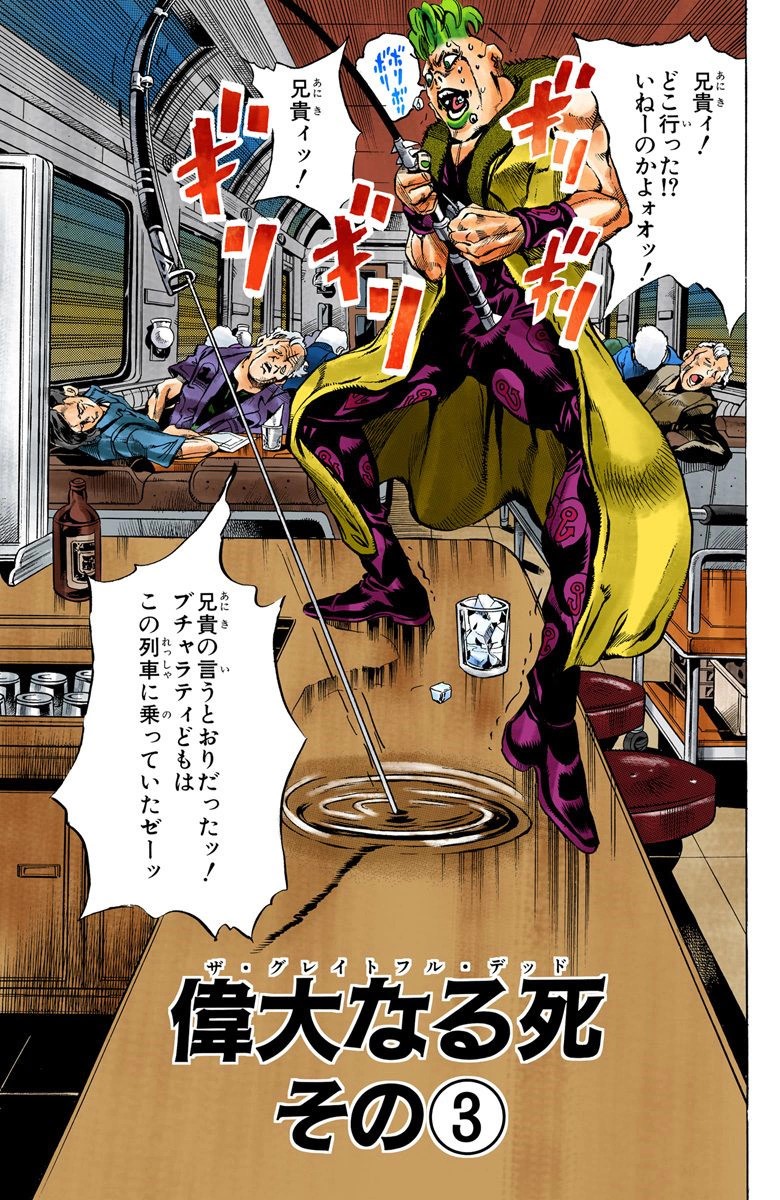 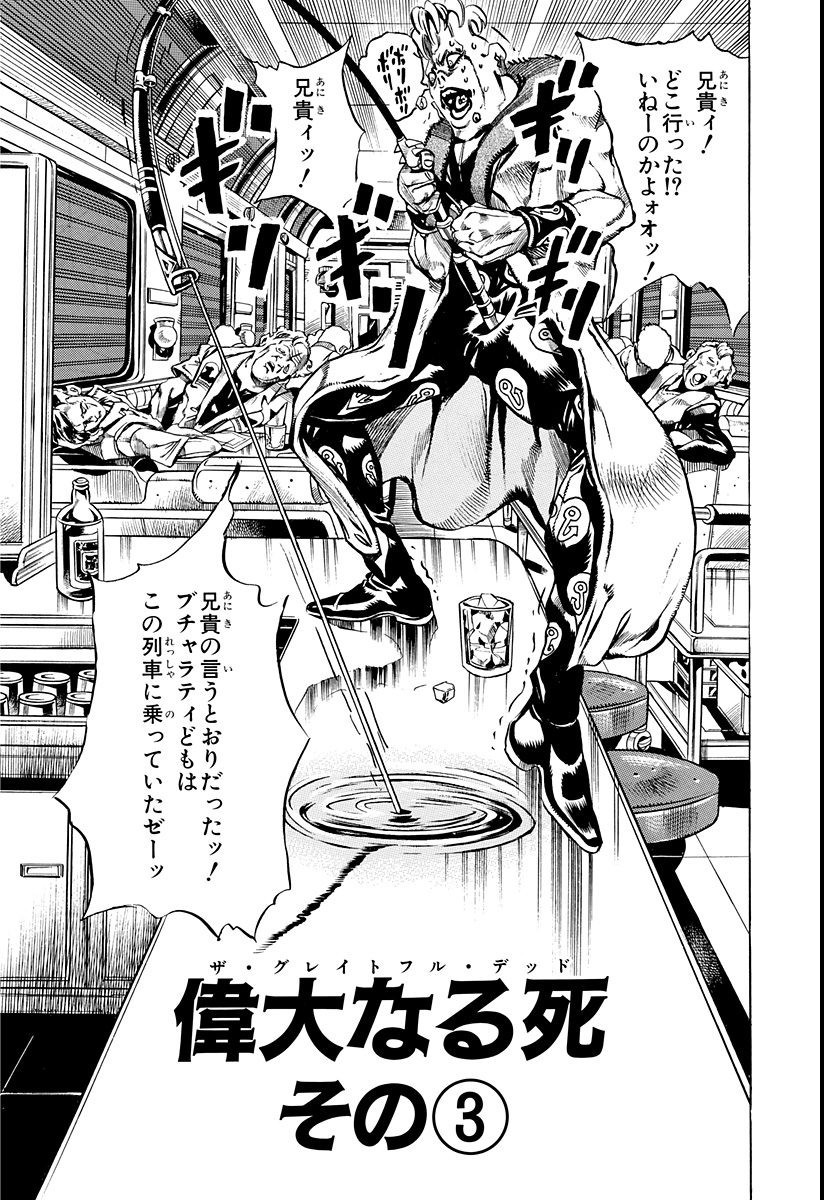 Pesci's fishing line has got a bite, with a wild Mista on the hook. He tries to reel in the rare catch, but Mista's aren't caught without a good fight. In the train's control room, Beach Boy's hook continues to sink further into Mista's hand.

Mista tries shooting the fishing line, but the bullet phases through it, alerting Pesci of who is on his fishing line. Also any damage done to Beach Boy is instead inflicted upon Mista. Pesci continues reeling in Mista, as Mista struggles to get the hook off, which reaches his throat.

Mista shoots himself and sends Sex Pistols in to stop the hook, but they aren't strong enough. Mista sends his other Sex Pistols down further into the train to find Pesci. Pesci, aware of Mista's plan, hides among the aging passengers, but notices that Sex Pistols are hitting any sources of ice they can find. Pesci freaks out, alerting Sex Pistols to his presence.