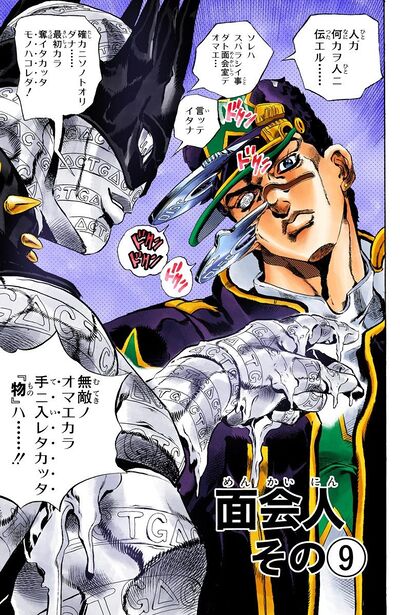 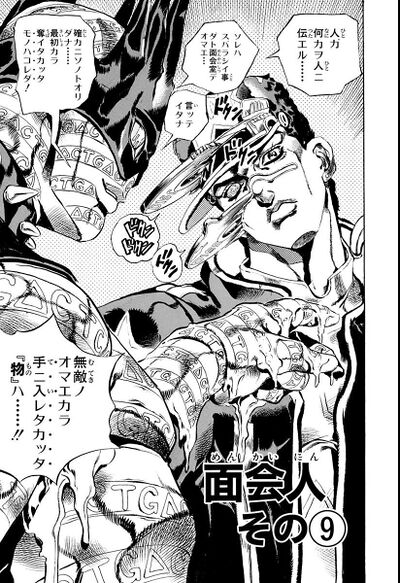 SO Episode 5
The Visitor, Part 9 (面会人 その⑨, Menkainin Sono 9), originally Bonds (絆, Kizuna) in the WSJ release, is the nineteenth chapter of Stone Ocean and the six hundred thirteenth chapter of the JoJo's Bizarre Adventure manga.