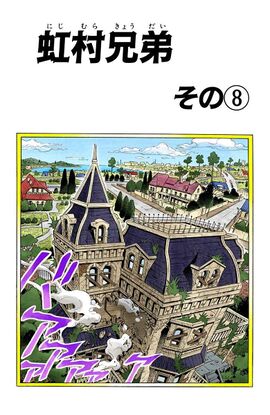 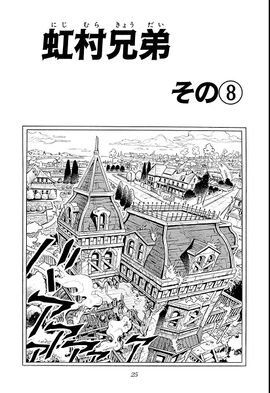 The Nijimura Brothers, Part 8 (虹村兄弟 その⑧, Nijimura Kyōdai Sono 8), originally The Strange Man in the Attic (屋根裏の怪人, Yaneura no Kaijin) in the WSJ release, is the sixteenth chapter of Diamond is Unbreakable and the two hundred eighty-first chapter of the JoJo's Bizarre Adventure manga.