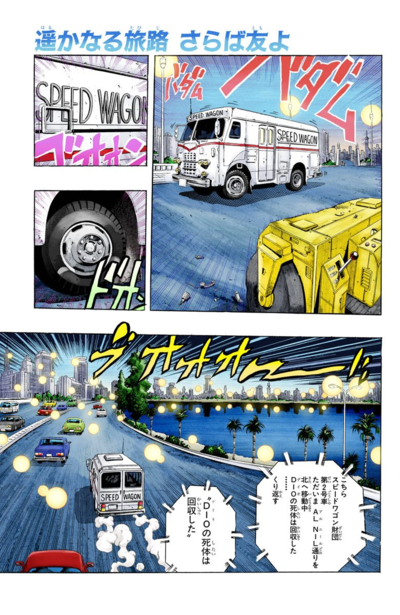 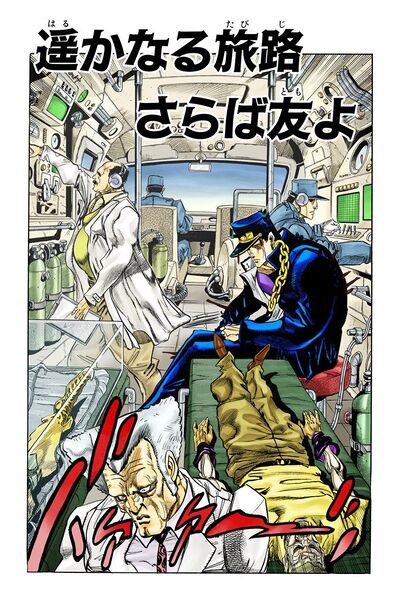 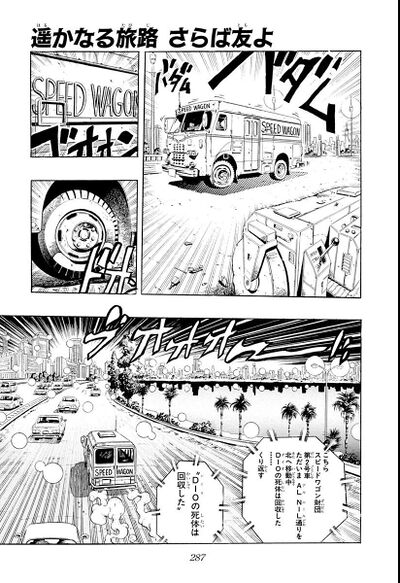 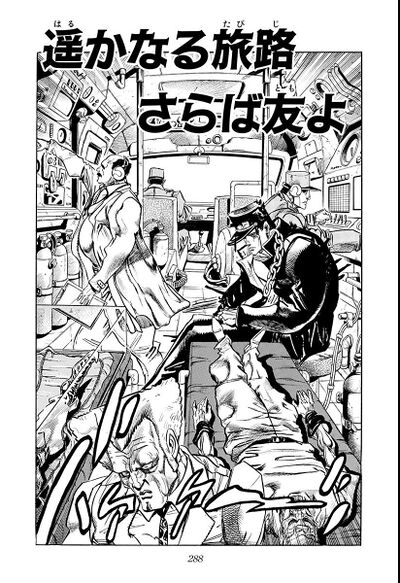 The Faraway Journey, Farewell Friends (遥かなる旅路 さらば友よ, Haruka naru Tabiji Saraba Tomo yo), originally A Century's Debt (100年間の貸し, Hyakunenkan no Kashi) in the WSJ release, is the one hundred fifty-second and the final chapter of Stardust Crusaders and the two hundred sixty-fifth chapter of the JoJo's Bizarre Adventure manga.

After the Speedwagon Foundation captures DIO's remains and picks up Jotaro and Joseph's body, Jotaro urges the doctors to perform a blood transplant between DIO's corpse and Joseph, remarking that he died less than four minutes prior.

Although the doctors are hesitant when they explain that they have no way of transferring blood into Joseph without his heartbeat regulating his circulatory system, an irritated Jotaro tells them that nothing is impossible and uses Star Platinum to pump Joseph's heart manually, recreating a heartbeat and allowing the blood transplant.

DIO's restorative blood revives Joseph, although at first by his dialogue it seems as though the transfer has caused Joseph to become possessed by DIO, only for him to admit he was only teasing Jotaro moments before Jotaro uses Star Platinum to hit his ill-humored grandfather.

When the sun rises, the two expose DIO's remains to sunlight, causing them to turn to dust and finalizing the century-long struggle between the immortal monster and the Joestar family, putting to rest the combined struggles of 5 generations.

Holy recovers and is happy that her father and son are returning home.

The final scene of Stardust Crusaders is the farewell at the airport between Polnareff and the two Joestar men. Having lost great friends along the way, they part wordlessly in deep friendship.