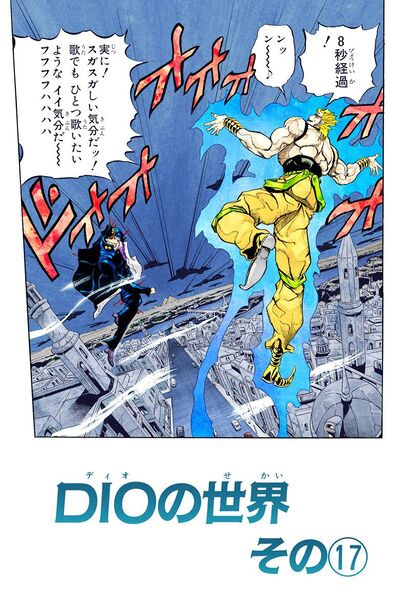 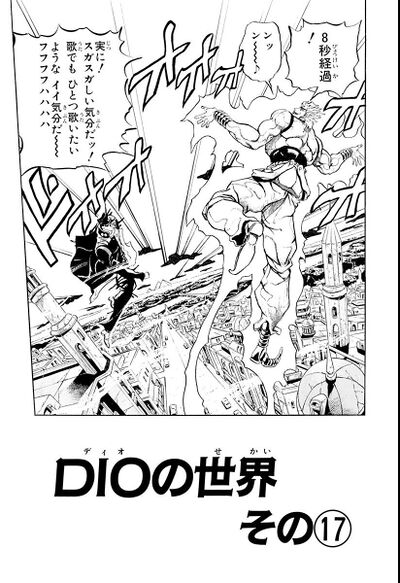 DIO's onslaught against Jotaro continues with more of his brutal tendencies manifesting in less creative but more destructive uses of his new-found power.

This leaves Jotaro in a bad situation when DIO using his time stop to disappear, only to return with a road roller in an attempt to drop it on Jotaro and crush him to death.

Jotaro uses what little experience he's accumulated in time stop to move for a brief moment and urge his Stand to strike the road roller away but DIO does not relent when he uses The World to force it down, seemingly crushing Jotaro beneath and crowning DIO the ultimate victor.

Author's Note
“
The Prince concert is almost here. As a big fan, I'm super excited and have been looking forward to this for a while!!
”
—Hirohiko Araki
“
もうすぐプリンスのコンサート。大ファンで前から楽しみにしていたのでワクワク！！
”
—Hirohiko Araki