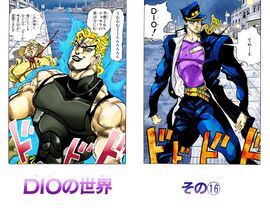 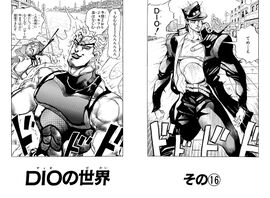 DIO's World, Part 16 (DIOの世界 その⑯, DIO no Sekai Sono 16), originally Joseph's Will (ジョセフの遺言, Josefu no Yuigon) in the WSJ release, is the one hundred forty-ninth chapter of Stardust Crusaders and the two hundred sixty-second chapter of the JoJo's Bizarre Adventure manga.