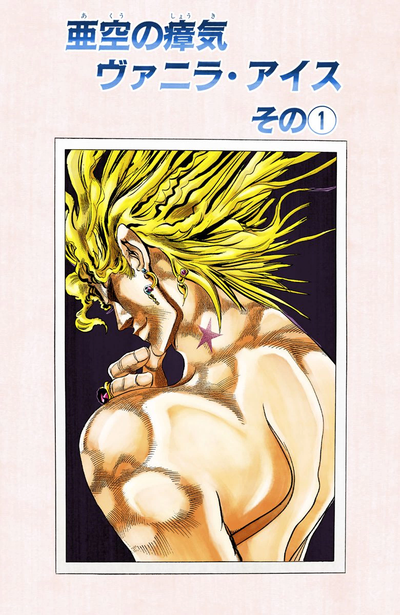 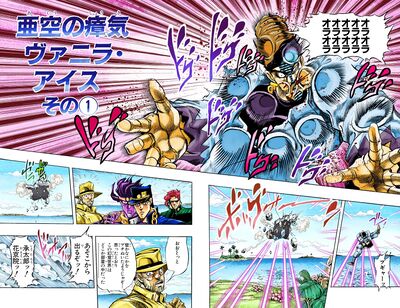 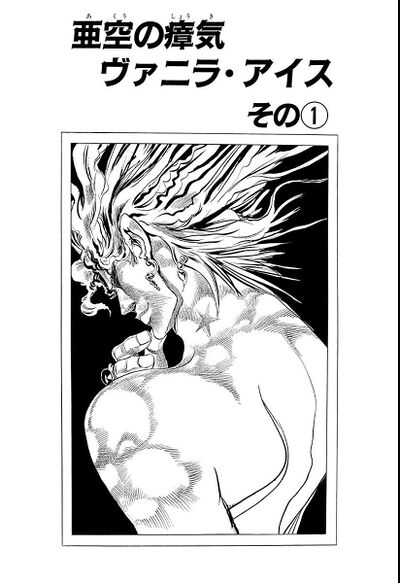 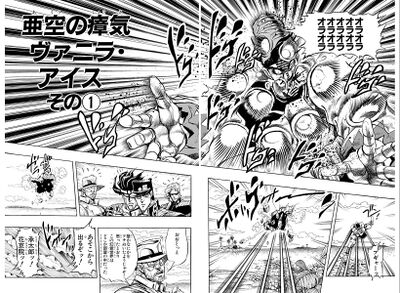 The Miasma of the Void, Vanilla Ice, Part 1 (亜空の瘴気 ヴァニラ・アイス その①, Akū no Shōki Vanira Aisu Sono 1), originally A Resolve to Die (死の覚悟, Shi no Kakugo) in the WSJ release, is the one hundred twenty-fifth chapter of Stardust Crusaders and the two hundred thirty-eighth chapter of the JoJo's Bizarre Adventure manga.

Author's Note
“
I felt deeply inspired to get a printing of my favorite David Roberts painting from 150 years ago! People like me could never grasp the skill of his paintings.
”
—Hirohiko Araki
“
大好きなロバーツの150年前の版画を手に入れ感激！私など及びもつかん絵のうまさだ
”
—Hirohiko Araki