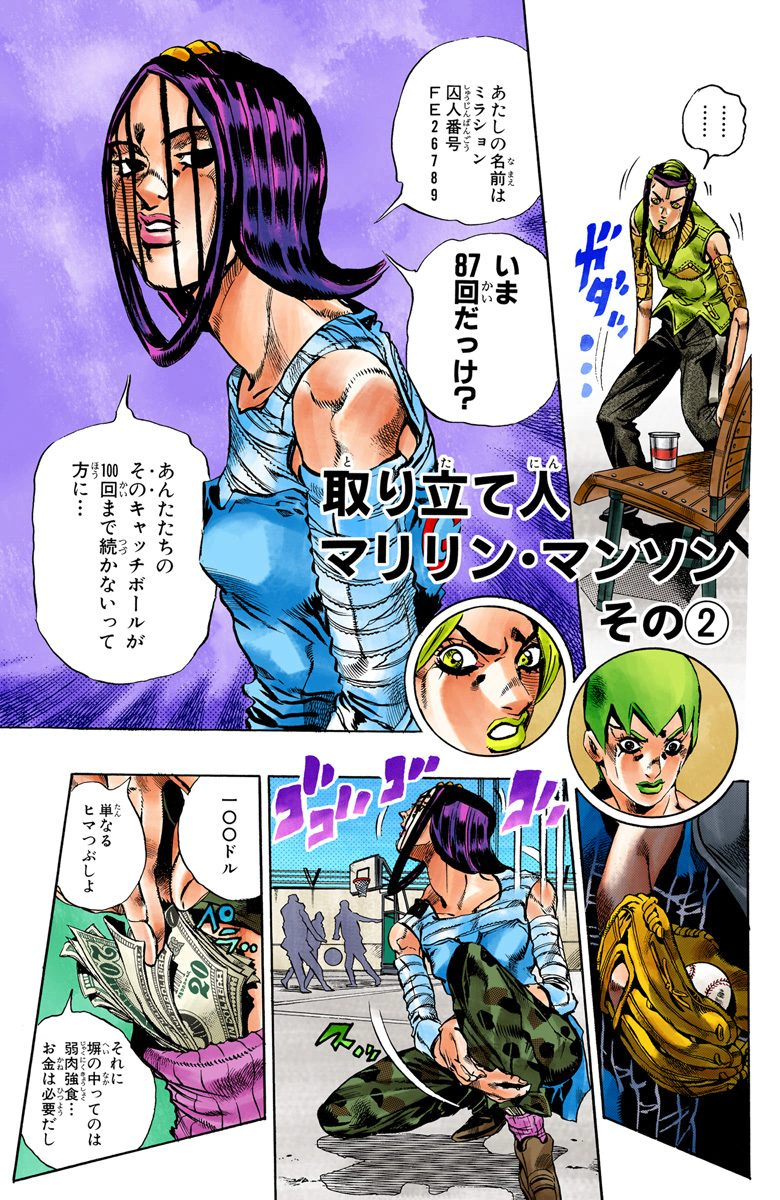 Since Ermes did not have one thousand dollars, Marilyn Manson takes her liver as payment. Miraschon starts to walk back to the prison. Jolyne makes a bet with Marilyn Manson to make one thousand consecutive catches in order to get Ermes' possessions back. Jolyne and F.F. begin throwing the ball as they walk into the prison. Jolyne plans on cornering Miraschon, and beating her to a pulp so she can deactivate her Stand. The two chase Miraschon through the prison, and eventually trap her in a small room. However, this room is actually an elevator. Jolyne is trapped inside it with Miraschon, while F.F. is stuck outside with the ball. F.F. throws the ball to Jolyne, and by using Stone Free to unravel it, Jolyne is able to get it through the grated door. Jolyne threatens Miraschon that she will beat her beyond recognition. In reply, Miraschon returns Ermes' liver. The elevator opens, and the guard from before appears and takes the ball from Jolyne. Marilyn Manson appears, and begins attacking Jolyne, as well as stealing Jotaro Kujo's Stand Disc from F.F. Before Marilyn Manson can kill her, Jolyne throws the ball at Miraschon. She then proceeds to hit her with it a thousand times, using Stone Free to rapidly throw the ball. With Miraschon utterly defeated, all of the stolen goods are returned to the heroes, getting one step closer to saving Jotaro and defeating Whitesnake.[1]