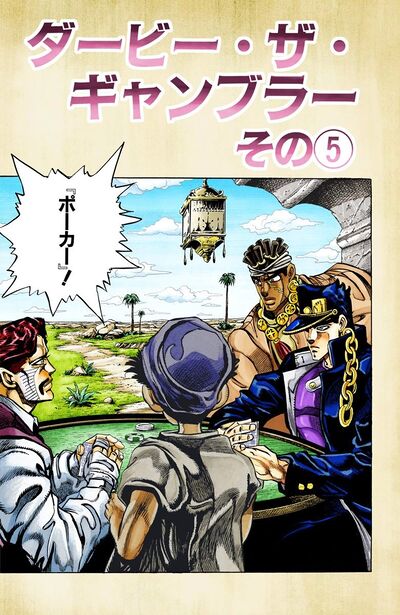 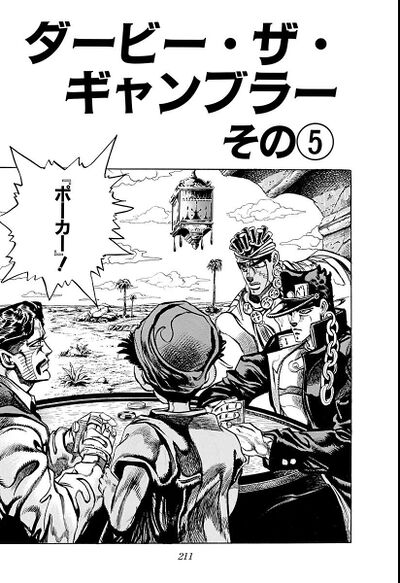 D'Arby the Gambler, Part 5 (ダービー・ザ・ギャンブラー その⑤, Dābī za Gyanburā Sono 5), originally Cheating and Bluffing (イカサマとハッタリ, Ikasama to Hattari) in the WSJ release, is the one hundred second chapter of Stardust Crusaders and the two hundred fifteenth chapter of the JoJo's Bizarre Adventure manga.

Author's Note
“
As the signs of spring start to crop up, I've come to want to go on a trip. I've recently really wanted to see all that Japan has to offer.
”
—Hirohiko Araki
“
春めいてきて旅に出たくなった。しみじみ日本各地の良さにひたりたい今日この頃です
”
—Hirohiko Araki