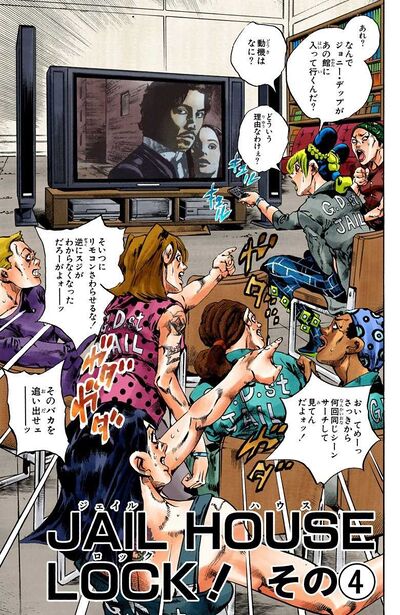 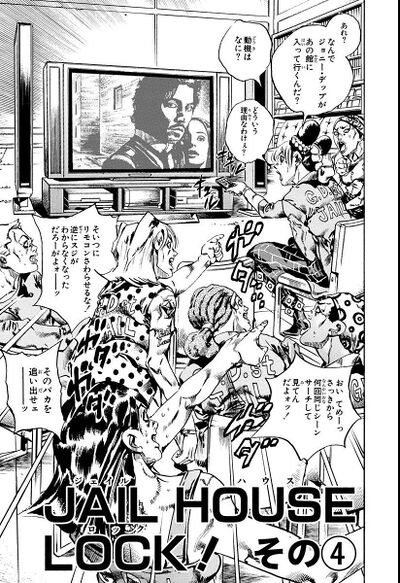 Jail House Lock!, Part 4 ( ！ その④, Jeiru Hausu Rokku! Sono 4), originally The One Being Chased... (追ってるのは…, Otteru no wa...) in the WSJ release, is the ninety-ninth chapter of Stone Ocean and the six hundred ninety-third chapter of the JoJo's Bizarre Adventure manga.