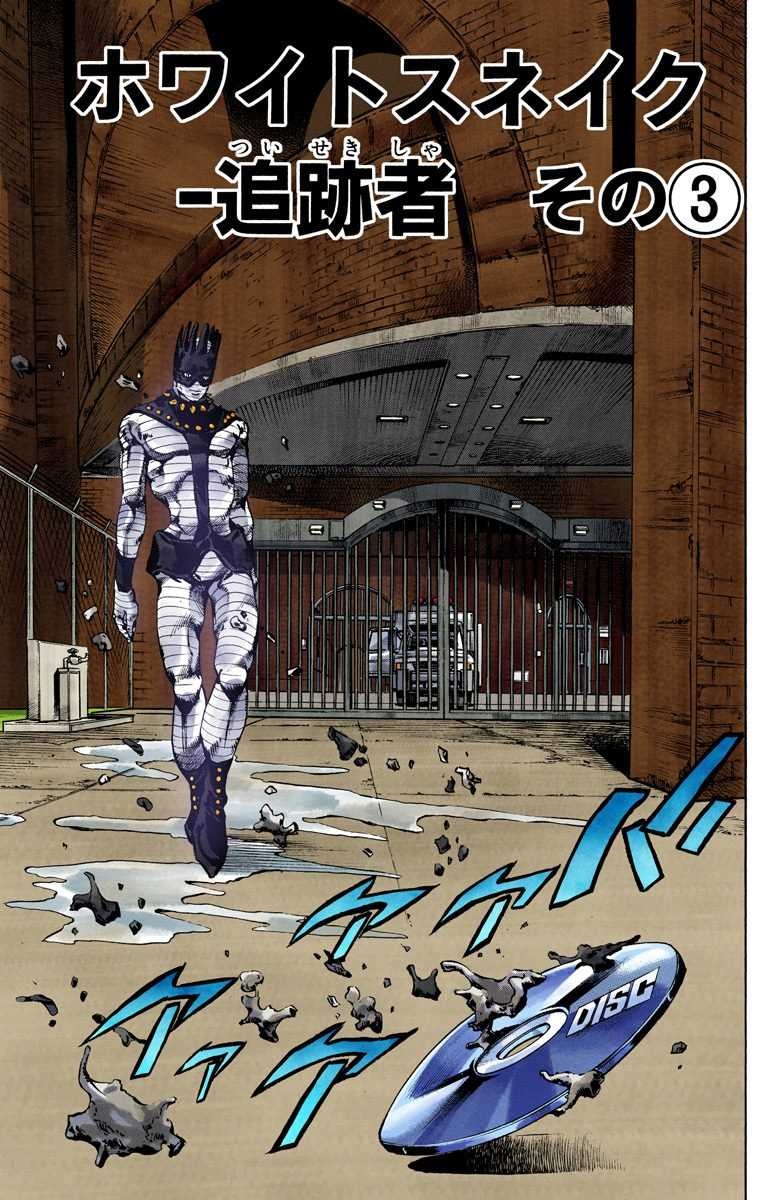 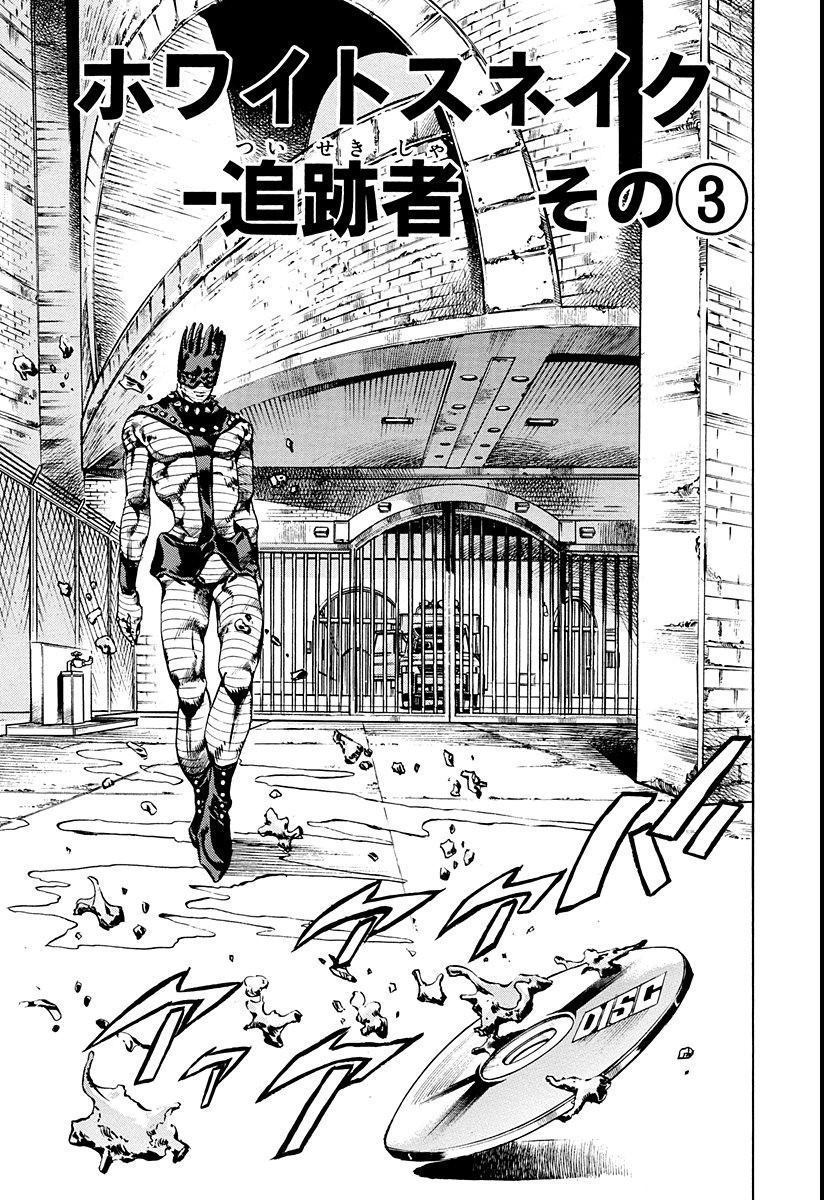 Pucci commands Whitesnake to retrieve F.F.'s Disc. Static and voices are heard from a radio, calling for F.F. Whitesnake picks up the radio and asks who is on the other end. The person on the other end turns out to be Weather Report. It begins to rain, and Whitesnake realizes that she asked for Weather to do this so she could receive water. F.F.'s torso, which is reforming with the rain, starts to crawl away.

As fog starts to gather, F.F. begins sending Morse code to Weather. Pucci recognizes this and starts to decode it; the first message is to make thicker fog, and the second message is telling Weather who Whitesnake really is. Whitesnake throws a Disc up at a bird, which goes through its head. Pucci is able to see where F.F. is located in the reflection and tries to attack her. It turns out that what he saw as F.F. was actually just his own self reflected in the mist. Weather comes up to F.F. and asks where Jolyne is. Pucci counts prime numbers to calm down, determining that he still has the upper hand because Jolyne isn't yet aware of his identity.