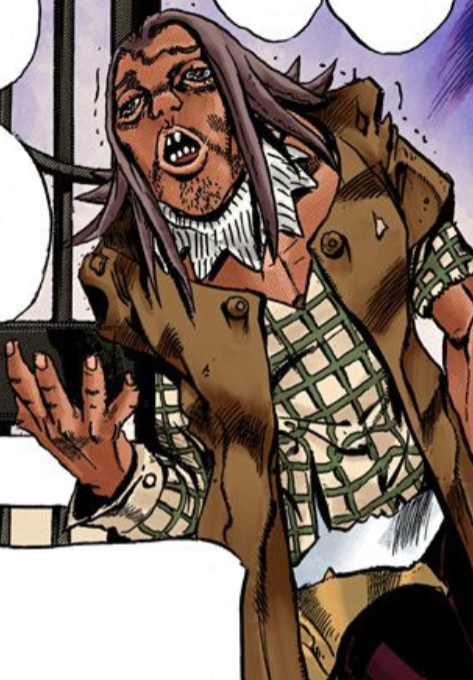 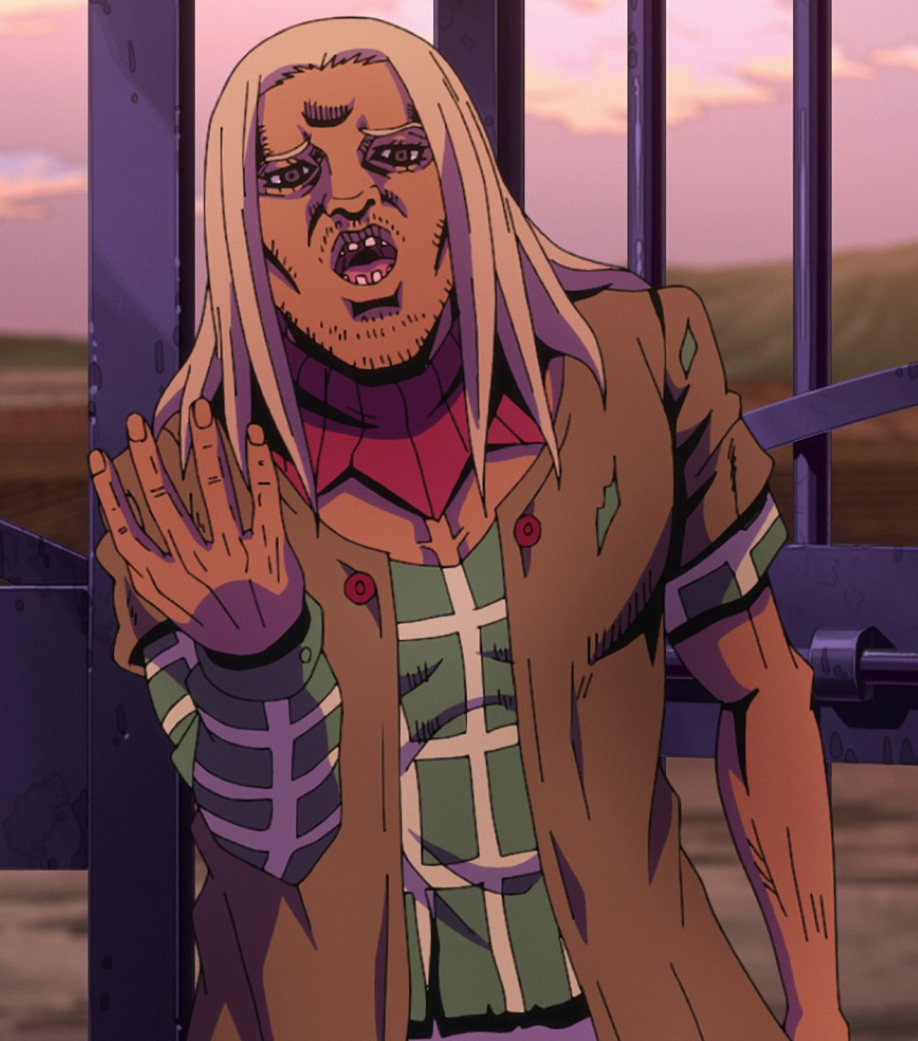 Crushed by bag of corn

TSKR Episode 16 (OVA): At a Confessional
“
I'll make you pay for this. I'll come back at the happeist time of your life! I will!
”
—The Vagrant, TSKR Episode 16

The unnamed Vagrant (浮浪者, Furō-sha) is the main antagonist featured in the one-shot Thus Spoke Kishibe Rohan - Episode 16: At a Confessional.

The vagrant wears an open coat with short, torn sleeves over a shirt with a grid pattern, which is torn at the bottom and has a cleavage showing the upper half of his torso. He wears plain pants, a sort of collar made of wool, and mismatched shoes: a normal shoe and a sandal.