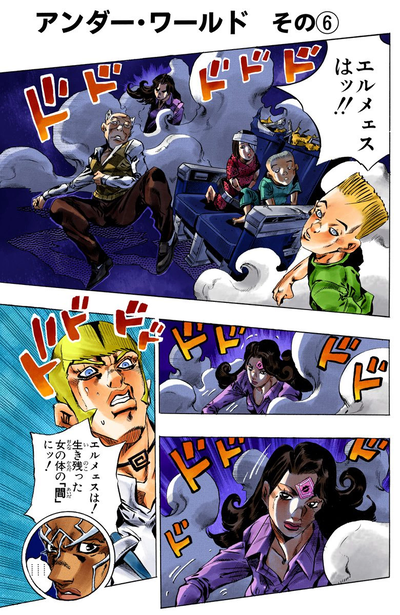 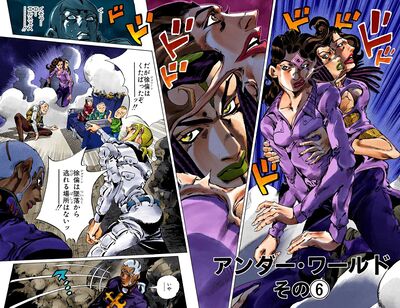 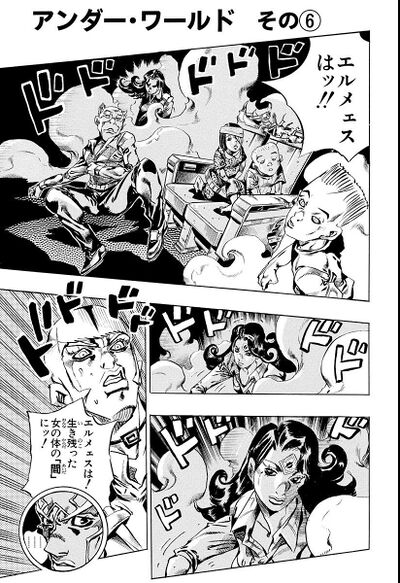 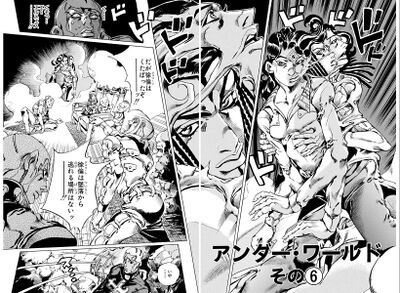 Under World, Part 6 (アンダー・ワールド その⑥, Andā Wārudo Sono 6), originally Straw House (藁の家, Wara no Ie) in the WSJ release, is the one hundred twenty-fourth chapter of Stone Ocean and the seven hundred eighteenth chapter of the JoJo's Bizarre Adventure manga.

Ermes emerges from the fusion of the second survivor's doubles, and an agitated Versus cannot see how Jolyne could survive the crash. A string coming out of Ermes's mouth is visible, and Jolyne reveals herself near Versus, having crawled toward him. Ermes explains that Jolyne unraveled herself into strings and hid inside her body. Versus tries to summon another memory, but Stone Free stomps Under World's hand, pummels Versus and hangs him by the feet on a rock so that he cannot touch the ground anymore.

As Pucci doesn't lift a finger to help him and Jolyne approaches to finish him off, the desperate Versus sends Under World away to deliver Weather Report's disc, startling Pucci who becomes worried about Weather. To spite Pucci, Versus read into what happened to Weather and went to give to disc so that Weather unleashes the full power of his Stand against Pucci, which infuriates the priest.

Several rainbows begin to materialize inside the cave as Weather acquires his memory back.