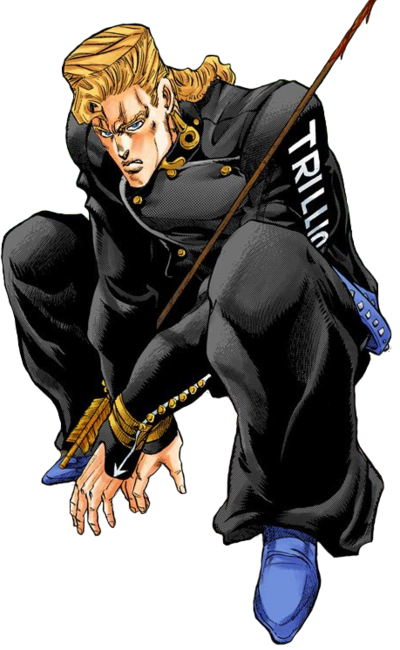 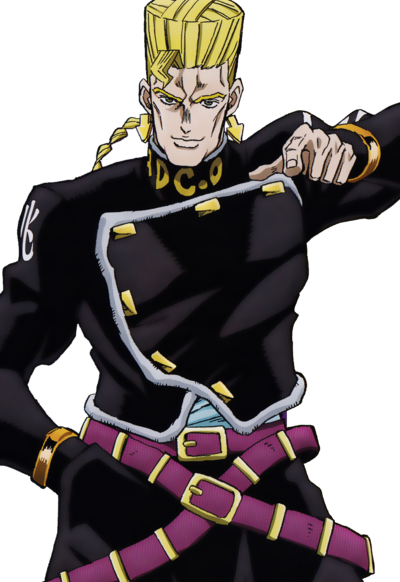 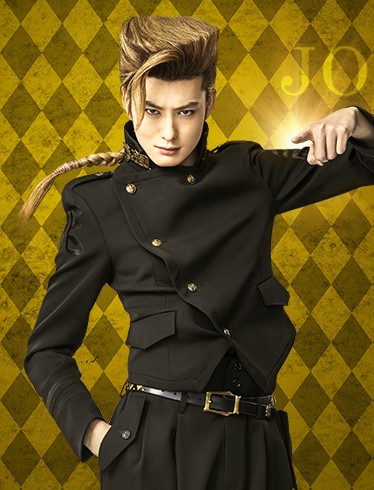 Diamond Records
“
My plans are on a level beyond your comprehension. Just you wait, in the end, it will all go according to my plan.
”
—Keicho Nijimura, Chapter 280: The Nijimura Brothers, Part 7

Keicho Nijimura (虹村 形兆, Nijimura Keichō) is a secondary antagonist featured in the fourth part of JoJo's Bizarre Adventure, Diamond is Unbreakable, specifically in the "The Nijimura Brothers" story arc.

Keicho is Okuyasu's older brother. He is the first in Morioh to possess the Bow and Arrow and liberally creates Stand users in hopes one of them can kill his monstrous father. Keicho himself is a Stand User and his Stand is the miniature army, Bad Company.

He wears a double-breasted school uniform, the collar of which appears to read "BADC.O". His right shoulder is the Japanese kanji 兆, meaning "trillion", and his left reads "TRILLION" between his shoulder and elbow. He also wears two sagging belts over wide-legged pants.

Compared to his brother Okuyasu, Keicho is more rational and calm. Both admit that Keicho's ability to think far outclasses Okuyasu's. He is merciless, even shooting his own brother when trying to aim for Josuke and not being apologetic, saying it was Okuyasu's fault for being incompetent. He states that people who don't grow don't deserve to live, showing what appears to be a social Darwinist view. He feels no remorse for injuring people with the Bow and Arrow or the consequences using the Bow and Arrow could have, such as with Angelo. He was also not above using a dying Koichi as a hostage to bring Josuke in. He is also a rather methodical person, doing things in a certain mannerly order such as bringing Koichi in to retrieve the Arrow and not wanting anyone to see a dying Koichi since it would draw unwanted attention. In addition, he disliked that Josuke killed a few of his soldiers since it meant they weren't perfectly in line. He describes people who don't know how to use Stand as being similar to riding a bike, in that if the person doesn't know what they are doing they will maneuver badly no matter how powerful the Stand is.

Keicho's Stand is Bad Company, consisting of a miniature army, including infantry, some as paratroopers, tanks with explosive shells and helicopters with missiles.

Koichi hit by an Arrow NSFWTAG

Keicho uses the reprieve to drag Koichi into a room on the second floor to act as bait. However, Josuke has healed Okuyasu and to repay his debt, Okuyasu teleports Koichi near him so that he's safely retrieved. Using a lighter to see clearly, Josuke discovers Bad Company. Keicho uses his infantry to drive Josuke and Koichi into a room where his helicopters and tanks lie in ambush but Josuke is saved from being hurt by a shell when Koichi warns him about the tank. Keicho surrounds Josuke and Koichi with his Bad Company. When Josuke sends a couple of nails at him, Bad Company effortlessly shoots down the projectiles. Since Koichi has become a Stand User, Keicho is now interested in his ability tells him to summon his Stand. When Koichi takes too long, sends a green beret to stab Koichi in the neck. Panicking, Koichi summons an egg. The egg is underwhelming but Keicho's interest is piqued enough. He thus decides to finish off Josuke.

When Josuke and Koichi discover Keicho's father in the attic, he comes in and tearfully explains everything to them. When his father plays with chest again, Keicho kicks him in anger but Josuke uses Crazy Diamond on the chest, revealing that a family photo was torn down inside of it. The sight of the former Nijimura Family makes the father cry and everyone realizes that deep down, Keicho's father is still there. Josuke asks Keicho to relinquish the Arrow; Okuyasu also comes in to plead in favor of seeking a way to cure their father instead of trying to kill him. However, Keicho considers that they've gone too far to stop, and disowns his brother. However, the Stand Red Hot Chili Pepper appears from an electrical outlet. Keicho punches his brother aside, leaving himself vulnerable to Red Hot Chili Pepper who punches through his chest, takes the Bow and Arrow, and drags Keicho into an electrical outlet. As his last words, Keicho chastises Okuyasu again. Keicho dies, and his corpse is last seen resting on power lines.

During the final battle with Yoshikage Kira, Keicho appears as a ghost to the near-death Okuyasu. Keicho helps guide Okuyasu's spirit back to Morioh by asking him where he wants to go and thus, poising Okuyasu to chose to return. 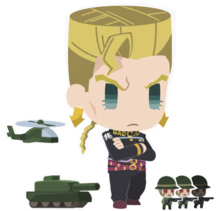