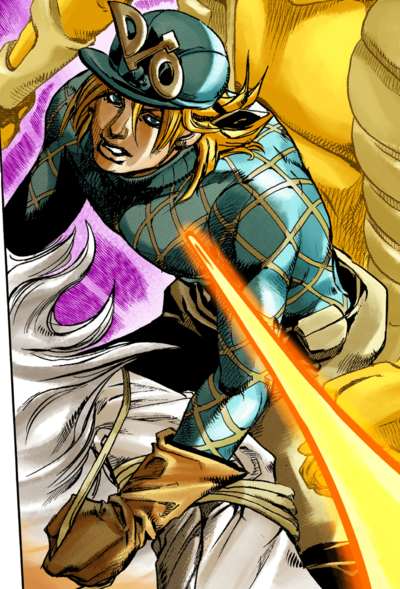 All Star Battle (Voice only)
Eyes of Heaven
(Playable)
For the original version of Diego, see Diego Brando.
“
This world’s Johnny Joestar is my greatest test. And I will overcome that test and kill him without fail.
”
—Alternate Diego Brando, SBR Chapter 92: High Voltage, Part 3

Of few or no scruples, the second Diego is crueler than the first, prepared as he is to kill Johnny in inventively violent ways such as by throwing knives, like DIO, or using matches to burn him alive. He is capable of sacrificing innocent people for his sake, though he berates Johnny for killing his fans in the first place. 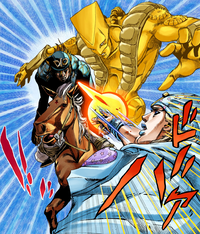 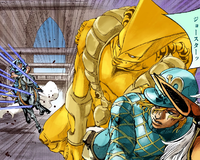 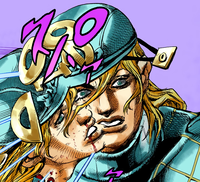 Heeding Funny Valentine's advice, Diego quickly goes to the Trinity Church and the vault under it to lock the Saint's Corpse inside. Suddenly, Lucy Steel appears. The World pins Lucy against the wall and Diego checks that no one else is around. Confronting the girl, Diego asks why Lucy is here to which she answers that she crossed the continent for happiness. Diego says that he plans to kill Steven Steel because he knows too much, but lusts after Lucy and plans on making her his woman. However, Lucy has a "present" for him. Diego opens the bundle and sees his severed head. Realizing the danger, Diego stops time and tries to flee, but his missing leg prevents him from doing that. Furious, Diego tries to kill Lucy instead but the head of the original Diego Brando flies towards him. Diego's head explodes and is disintegrated, killing the jockey.

Though Diego, either version, is not physically present in All Star Battle, some of his alternate's lines are present and fully voiced in the final part of Steel Ball Run's STORY MODE. 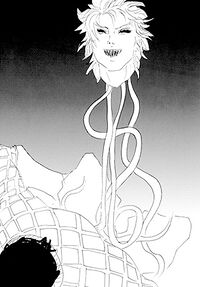 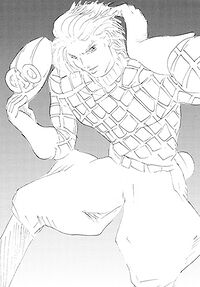