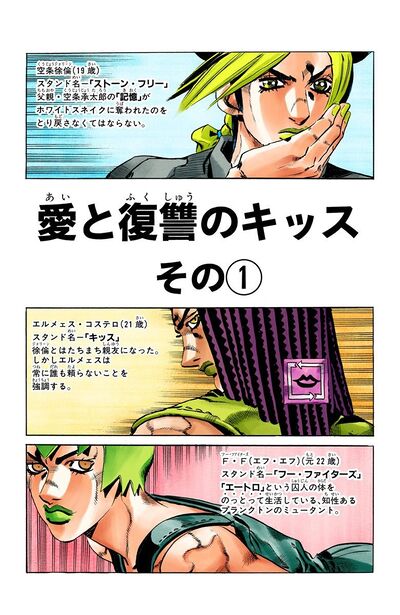 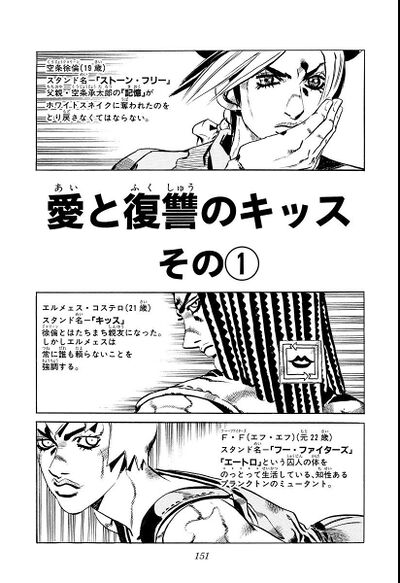 Kiss of Love and Revenge, Part 1 (愛と復讐のキッス その①, Ai to Fukushū no Kissu Sono 1), originally Ermes's Past (エルメェスの過去, Erumesu no Kako) in the WSJ release, is the fifty-first chapter of Stone Ocean and the six hundred forty-fifth chapter of the JoJo's Bizarre Adventure manga.

The killer's name was Sports Maxx, but the lack of evidence meant he was only charged with tax evasion and inflicting bodily harm on another; a sentence of five years tops. Soon after, Ermes's father died and she lost the restaurant. Having nothing left but anger and sorrow, Ermes purposely entered the prison that Sports Maxx was being held in, plotting revenge. Ermes awaits in the chapel, watching Sports Maxx as he speaks with Pucci.