Time for Heaven: Three Days Until the New Moon 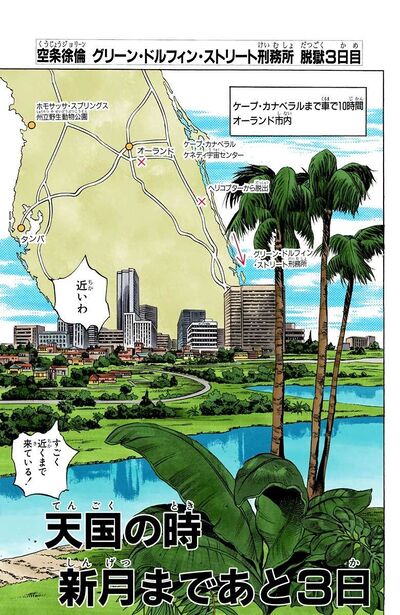 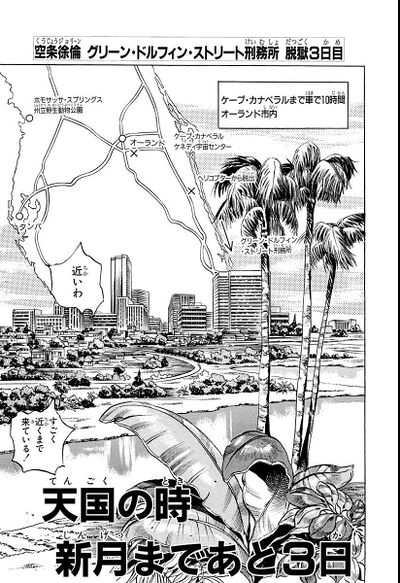 Time for Heaven: Three Days Until the New Moon (天国の時 新月まであと3日, Tengoku no Toki Shingetsu made Ato Mikka), originally Interesting (おもしろい, Omoshiroi) in the WSJ release, is the one hundred eighteenth chapter of Stone Ocean and the seven hundred twelfth chapter of the JoJo's Bizarre Adventure manga.

(1st appearance) (Ability Only)
Under World