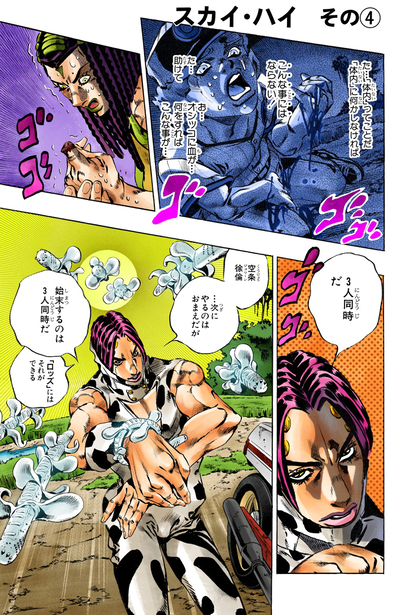 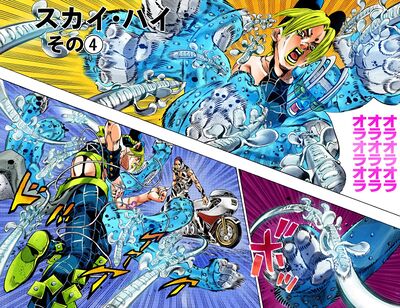 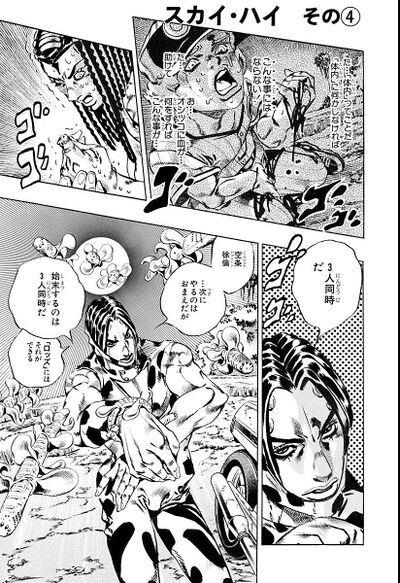 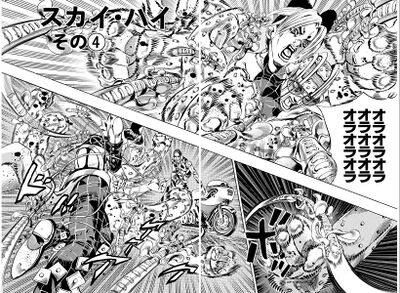 Rikiel's attack has caused Emporio to urinate blood while Ermes's fingers are falling off. Jolyne rushes toward Rikiel trying to punch the skyfishes, but they effortlessly avoid Stone Free's strikes. Jolyne's ankle joint suddenly bends backward, immobilizing her. Rikiel then begins to toy with Ermes, forcing her to talk thanks to the skyfishes.

Observing, Emporio sees that the area of skin under Jotaro Kujo's memory disc has become pale blue. From that he deduces that the skyfishes are able to suck off body heat, causing illnesses and controlling the muscles from the outside that way. Although Emporio tries to warn Jolyne and Ermes about his discovery, both are now under attack, their eyes and throat swelling while damaged tissues is spat out of their mouths. Emporio analyzes the attack and tells Jolyne to dive underwater, but Rikiel merely immobilized them, planning to attack the brain stem where a temperature loss will be fatal.

A swarm of skyfishes rush toward Jolyne's first vertebrae, but Jolyne decides to set herself on fire, protecting the brain stem from the heat sucking rods. The tables have turned and Rikiel is now cornered.