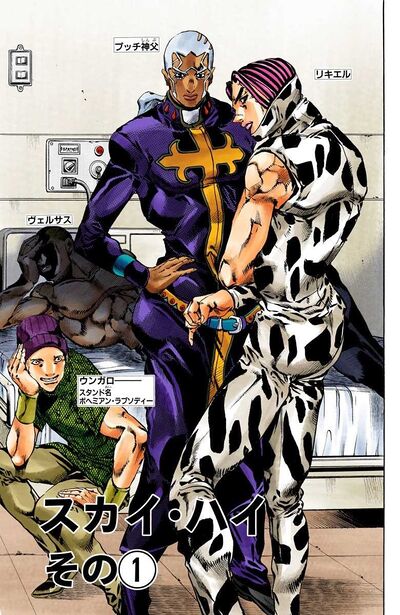 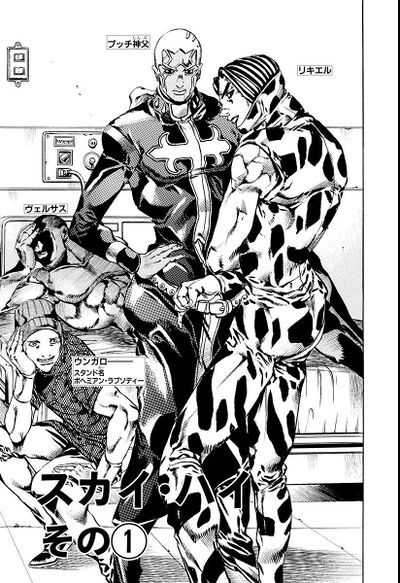 Rikiel, son of DIO, begs Pucci to open his eyelid, which closes for no apparent reason. Rikiel then begins to lament his whole life, which was ruined by his lack of confidence and his strange illnesses. Pucci listens, then tells Rikiel to think of his lineage, stating that he has a purpose in life and uncovers his ability to control organisms named skyfishes, or rods.

It is explained that in a pit cave live a species of strange organisms neither animal nor plants that float in the air. This species, also present in Florida, are now under the command of Rikiel. Rikiel, realizing his potential, becomes more confident and leaves to take care of Jolyne as one of Pucci's teeth mysteriously falls off.

In the helicopter, Jolyne feels Pucci's presence and asks Emporio to head West toward Orlando. Ermes notices that one of the windows is open and closes it, but feels something passing close to her hand. Suddenly Emporio's eyelids fall down and he is blinded. As Ermes's eyelids close too, she can see that everyone's eyes are now forcefully shut and Jolyne is bleeding.

(Cover only)
Donatello Versus