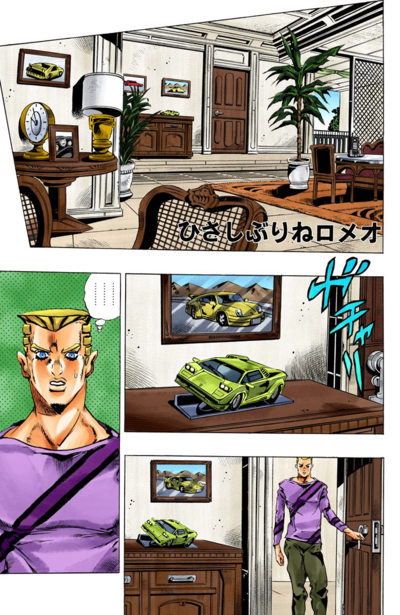 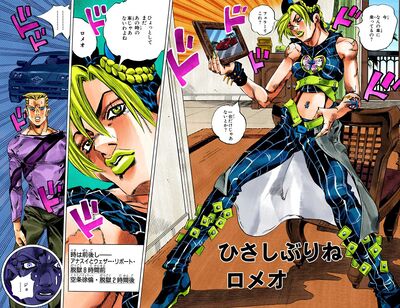 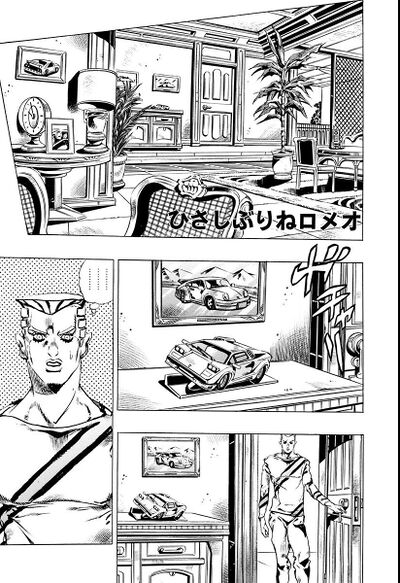 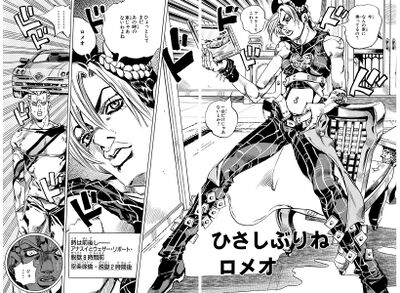 The story goes back in time 8 hours before Narciso Anasui and Weather Report escape prison.

Jolyne appears in Romeo's house after breaking out of jail. When Romeo sees her, he immediately apologizes, claiming it wasn't his fault and that he was forced to put her in jail. While she doesn't care about what Romeo did, Jolyne asks him for some money and a vehicle, which he gives her. Outside, with Ermes and Emporio, Jolyne tells Ermes she put the sticker on his tongue in case he says something. Then, using Stone Free, she hears Romeo calling the police. Ermes is about to tear the sticker when they hear Romeo lead the police on a wild goose chase instead of telling them where Jolyne and Ermes are really going. Jolyne is touched by Romeo's decision, but tells Ermes to tear the sticker anyway, ripping Romeo's tongue in half, though it is not shown.

Elsewhere, Pucci is plotting with the sons of DIO, with the exception of Giorno Giovanna, to eliminate Jolyne and fulfill their destinies.