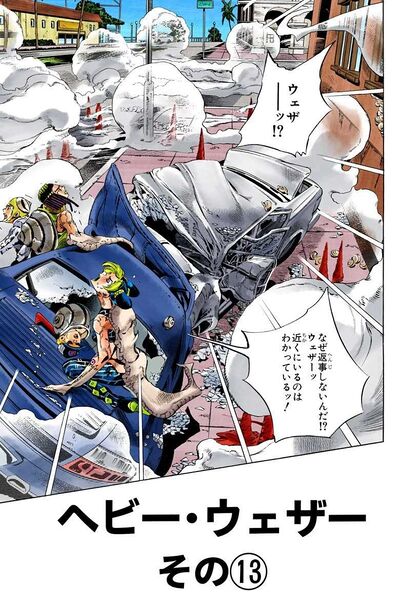 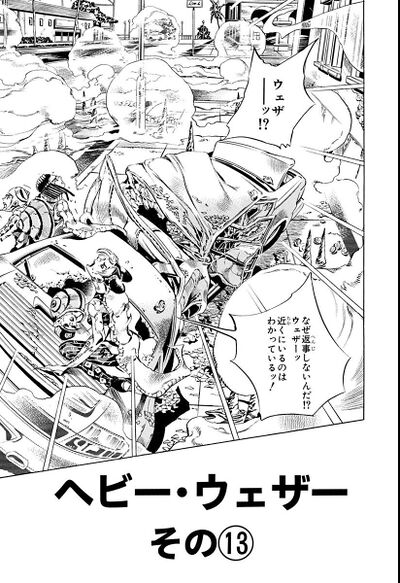 The dust hasn't settled down yet, and Jolyne tries to call for Weather. Looking around them, the group doesn't see anything through the clouds, but Ermes spots Enrico trying to flee. Everyone's bodies turn back to normal, an ominous sign. Suddenly, Jolyne sees Pucci clearly. Immediately propelling herself toward the priest by using a still turning wheel, Jolyne can now see Weather impaled on Whitesnake's arm. Shocked, Jolyne doesn't see Whitesnake's attack, but Diver Down plunges into Pucci and saves Jolyne. Anasui reveals that Pucci only created another illusion using Versus, who died in the commotion, and already fled.

Jolyne and the others find the corpse of Weather. Shaken, Jolyne cannot acknowledge what happened and begins to blame herself for his death despite everyone's reassurance. Anasui however declares that Weather at least died on his terms, and left Weather Report's disc for later use. Everyone takes a moment to mourn Weather's death.