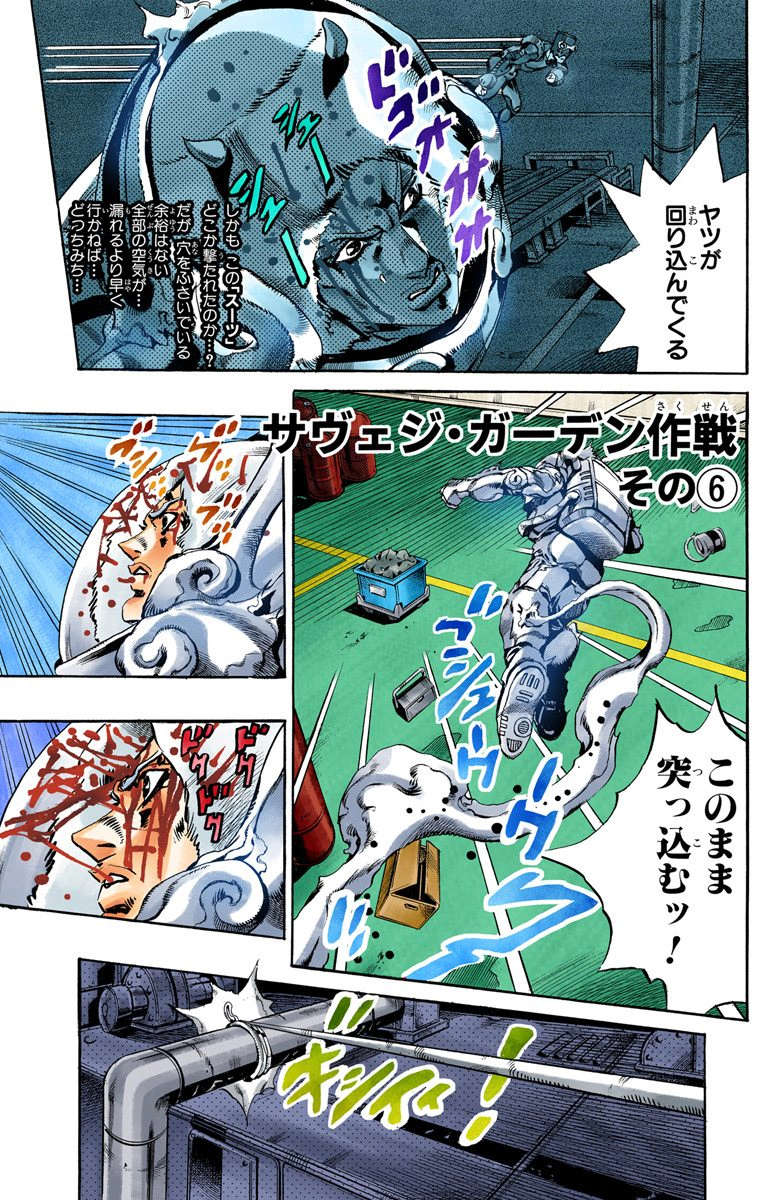 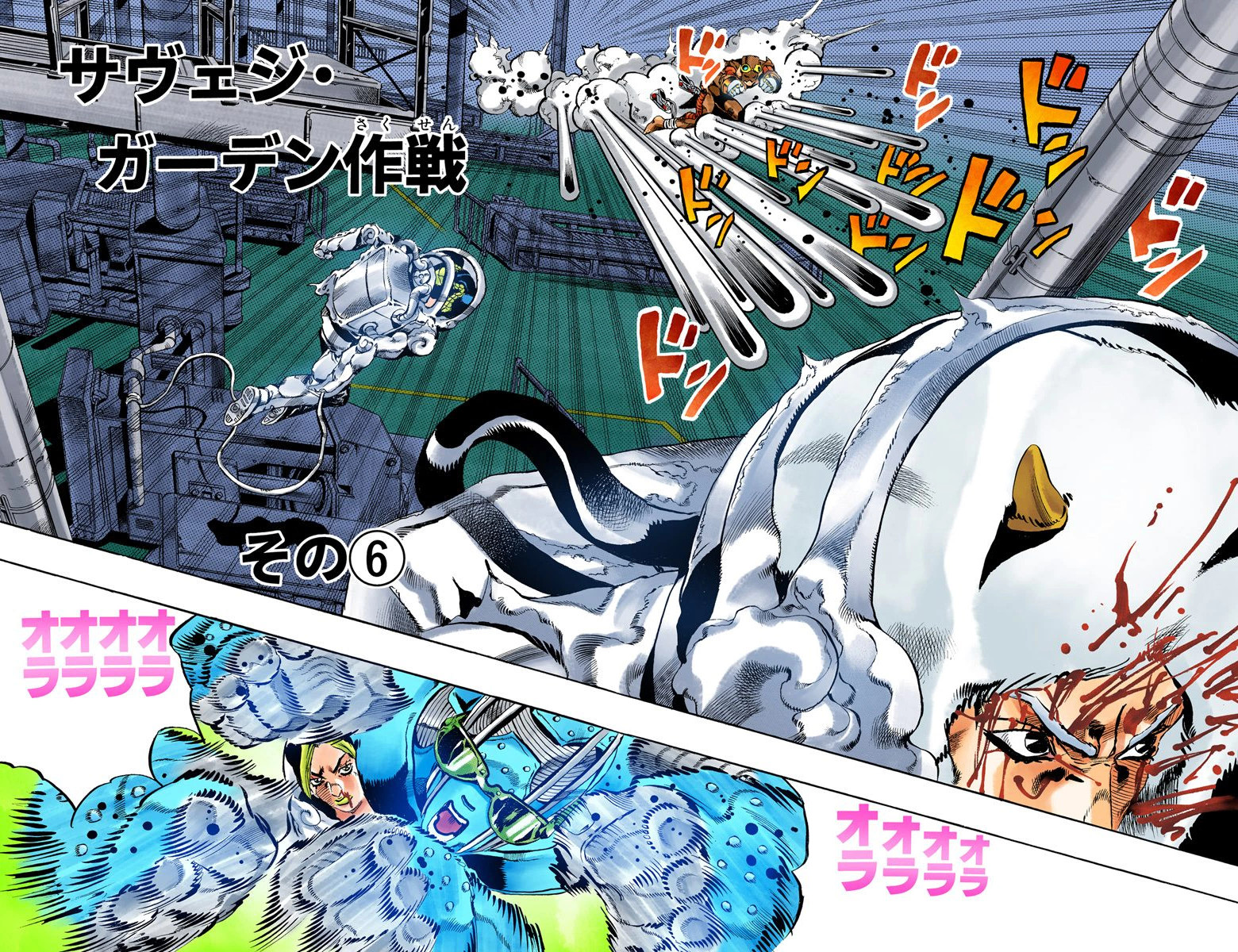 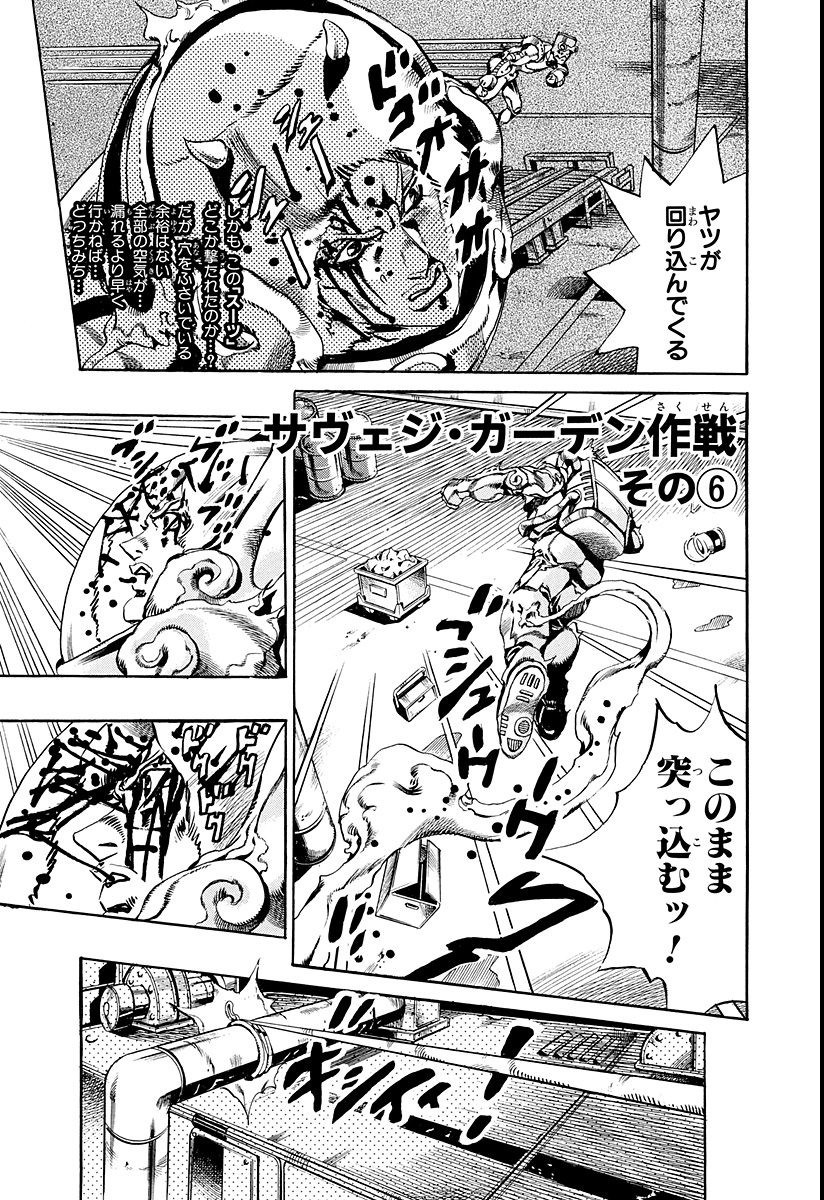 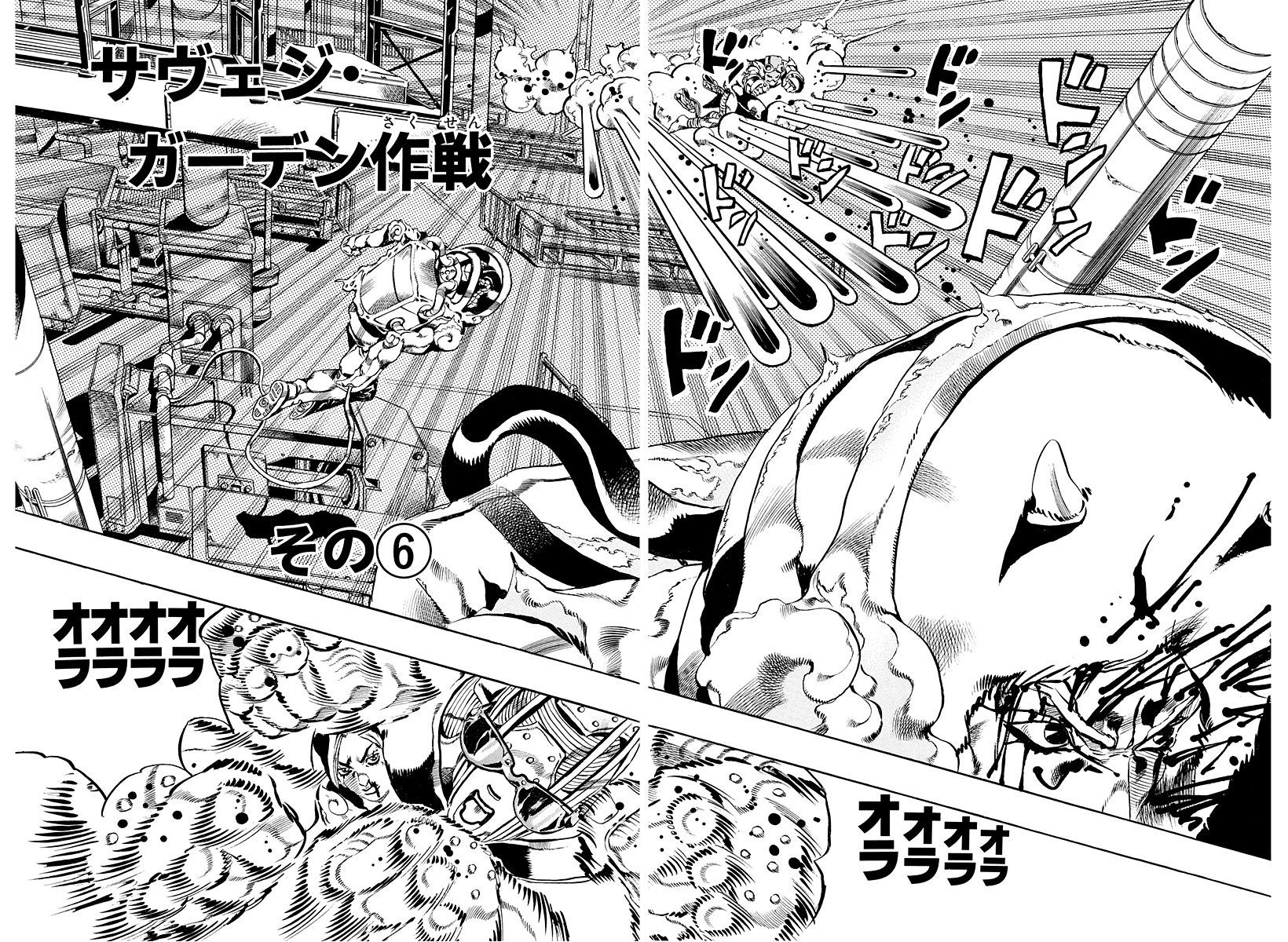 Lang's projectiles pierce a hole in Weather's cloud suit, causing the air to suck out and his wounds to reopen. Lang launches more, but Jolyne manages to deflect them with Stone Free.

Weather continues to fly toward the end of Jumpin' Jack Flash's zero gravity zone as Jolyne defends him from Lang's attacks. However, Lang's attacks were not directed toward Weather, but instead at a barrel filled with air. A projectile pierces the barrel; the air from inside propels it toward Weather. The barrel strikes Weather, sending him flying back and nearly destroying his suit as Jolyne propels herself toward him.

Lang shoots more projectiles, which Jolyne once again deflects. However, once again they were not intended to hit Jolyne, but some rats that had yet to die. They strike the rats, splattering blood all over Jolyne's suit and effectively blinding her. Lang shoots even more projectiles, which pierce Jolyne's suit. The two remain motionless in the air, seconds away from death.