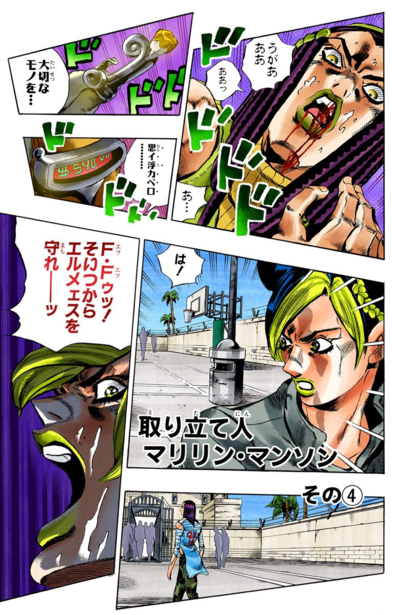 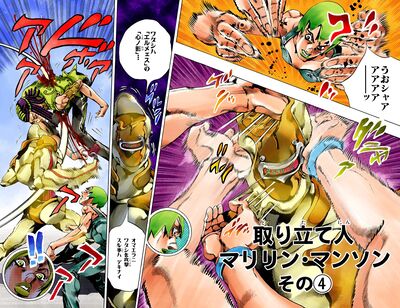 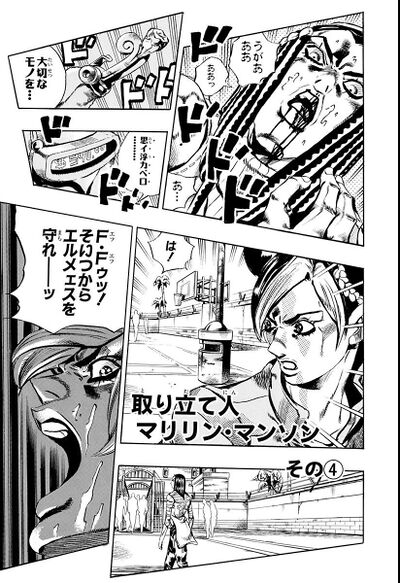 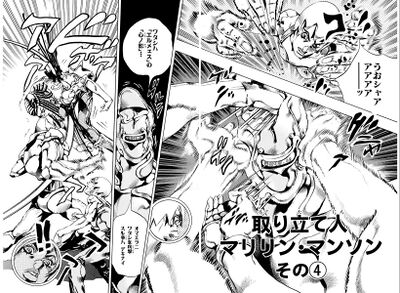 In order to save Ermes, F.F. attacks Marilyn Manson, the Debt Collector, but the Stand takes no damage and continues to attack Ermes. Marilyn Manson extracts Ermes's liver, determining that, if sold to the black market, it could pay off the rest of the debt. The Stand explains that because Ermes admitted to cheating in her heart, it will seek out and collect the debt she owes; the Stand cannot be stopped until it collects the debt.