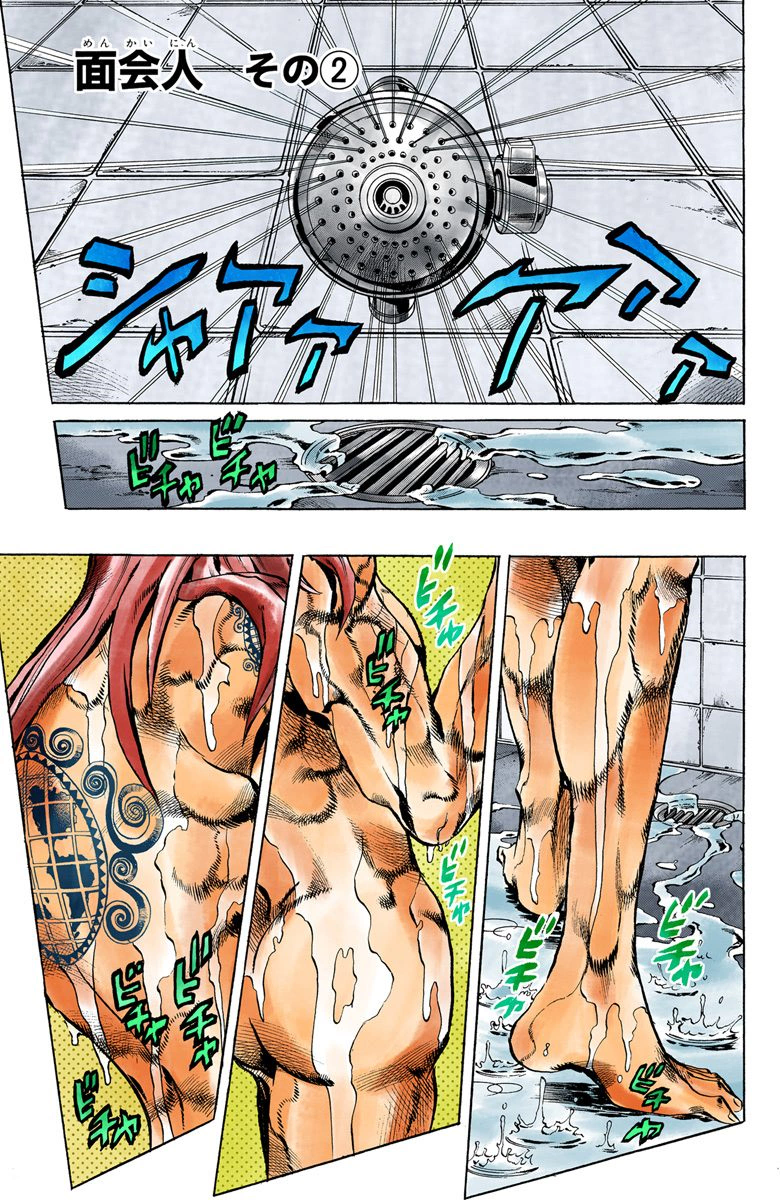 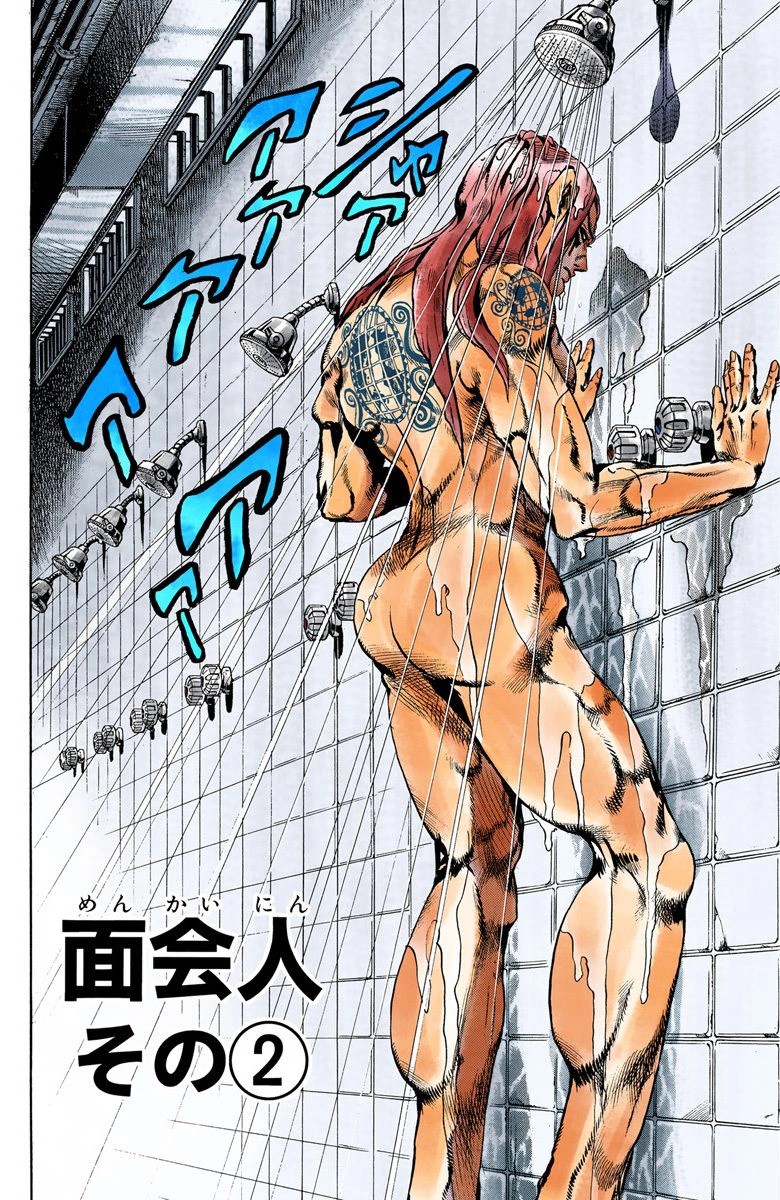 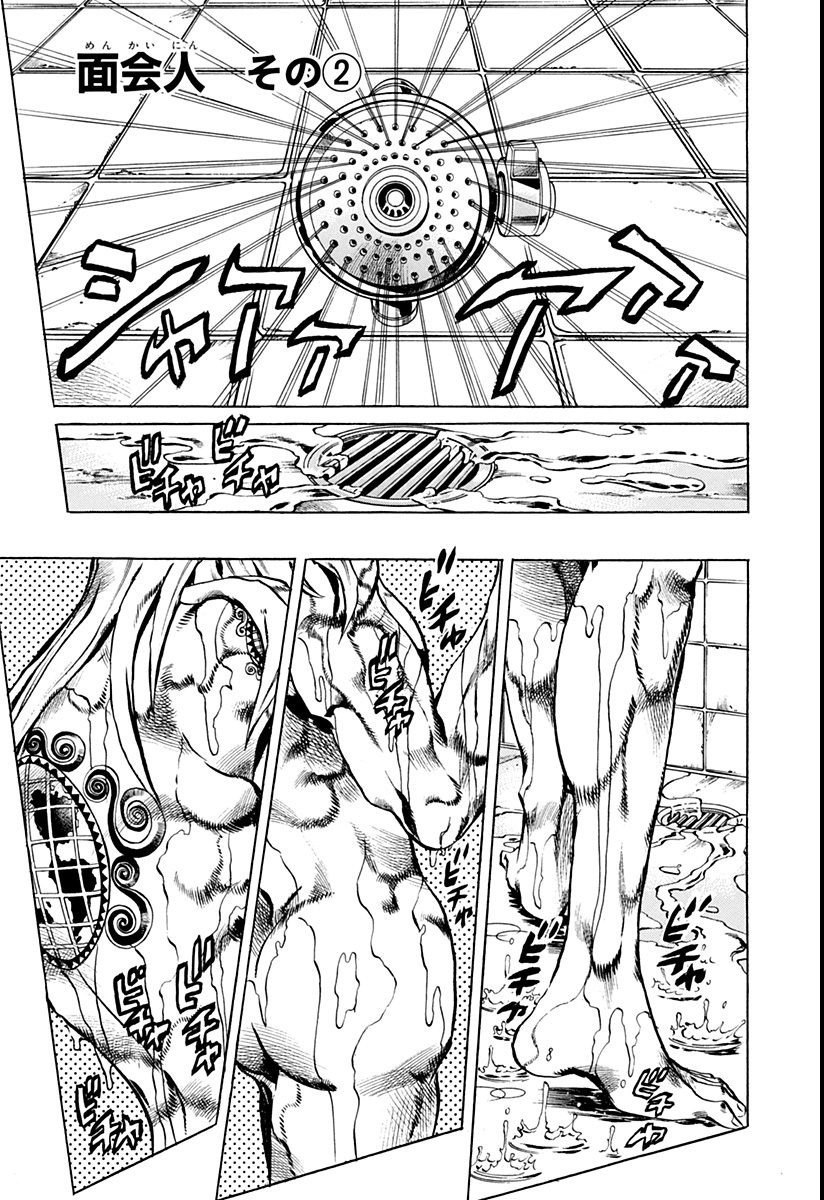 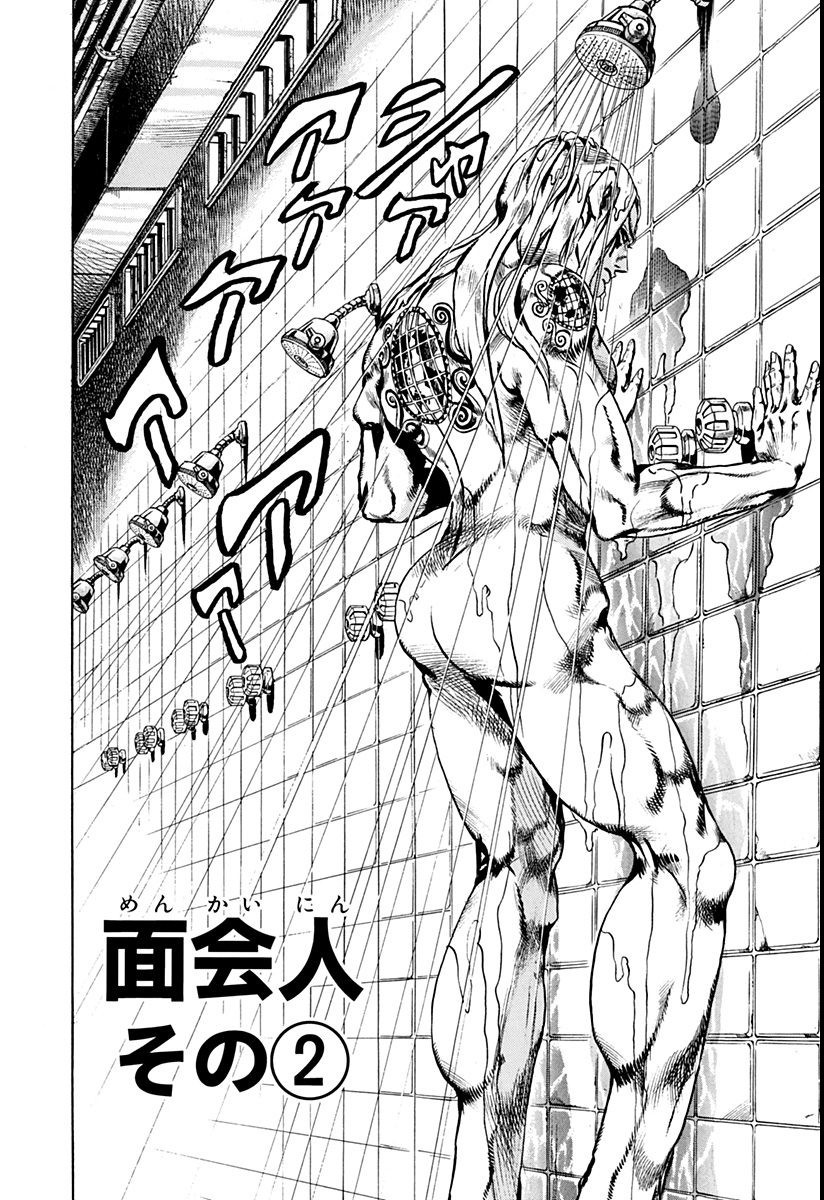 In the visiting room, Jolyne tries to wake the guard she knocked out. Jotaro looks at a picture of the blind prisoner, Johngalli A.; he tells his daughter that it was Johngalli who set up the car accident that sent her to prison. He explains that everything, from the thugs who threw the victim in front of the car, to the lawyer that tricked Jolyne into an invalid plea deal was all set up by Johngalli A.. After Jolyne takes her frustrations out on the unconscious guard, she then asks why Johngalli would target her.