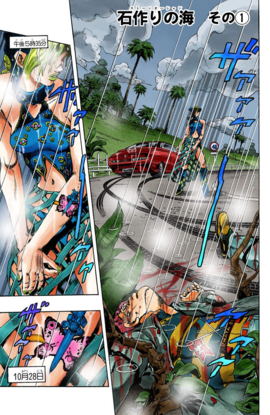 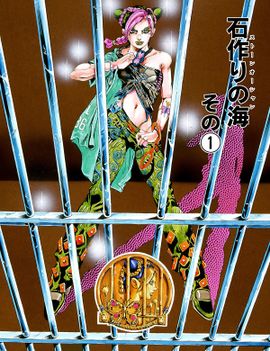 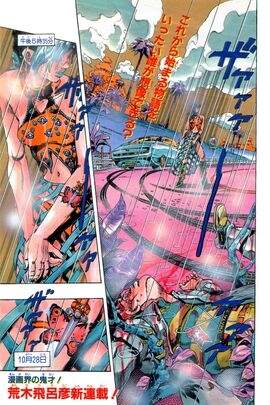 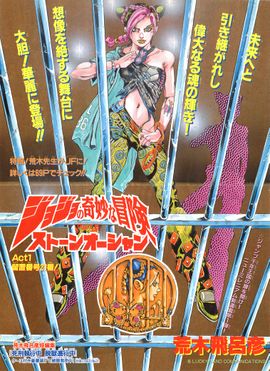 Jolyne is informed by her lawyer that she has been arranged to go to Green Dolphin Street Prison to receive her punishment for her crime. The lawyer also brought essentials for Jolyne's use, with a shiny amulet from her father among them. After opening the amulet, Jolyne cuts her finger with a chipped stone stored inside the amulet. Jolyne states that her father had never been there for her, and that it would be useless to contact him. On a photo inside the amulet, an image of her father wearing a cap and white clothing along with her mother is shown. She throws the amulet away and it drops into a drain.

Her full name is revealed by her lawyer to be Jolyne Cujoh.

Later, on the 6th of November 2011, Jolyne talks with the same woman with braided hair, in a vehicle heading to Green Dolphin Street Prison. She introduces herself as Ermes Costello, and informs Jolyne that she will need to have money in the prison. Jolyne manages to guess where Ermes is hiding her own money: a surgically added hole in her left breast.