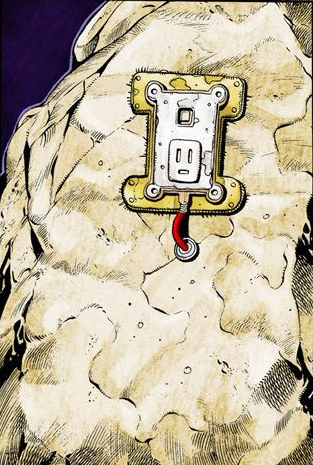 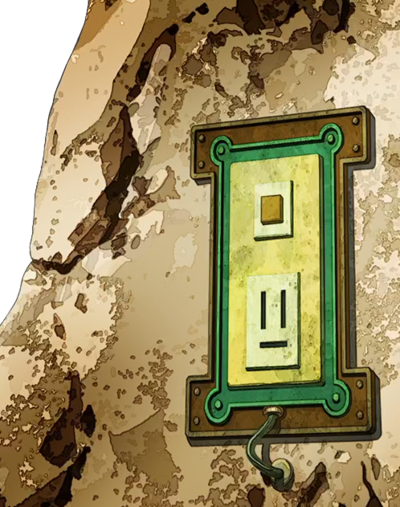 Bastet (バステト女神, Basuteto-joshin, lit. "Goddess Bastet") is the Stand of Mariah featured in the third part of the JoJo's Bizarre Adventure series, Stardust Crusaders. It takes on the innocuous appearance of an electrical outlet, but once touched, it shocks its victims and magnetizes them.

It represents the Egyptian goddess of protection, Bastet, and is the fourth of the Egypt 9 Glory Gods.

Bastet is designed to turn people's curiosity against them. It has no direct combat ability whatsoever and no use besides trapping victims, forcing Mariah to wait until her victims die alone. On the other hand, it is suited for assassination because unless Mariah exposes herself, there is no way to catch on to her.