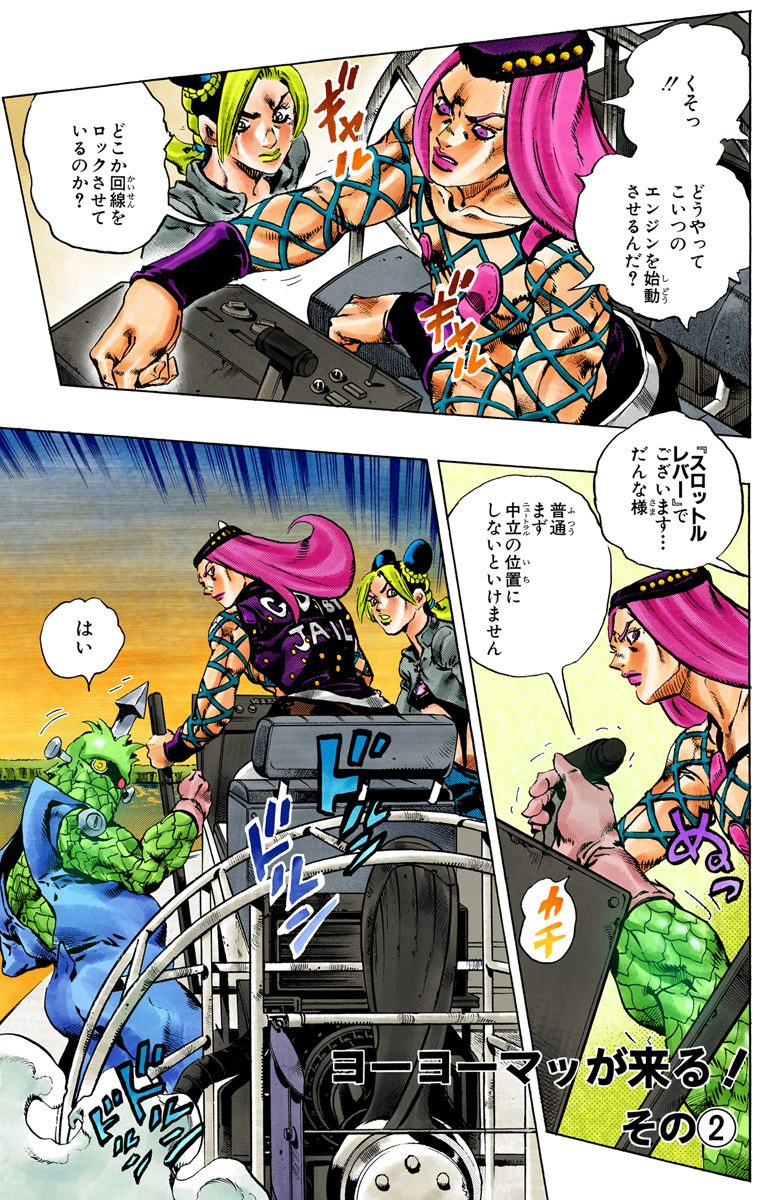 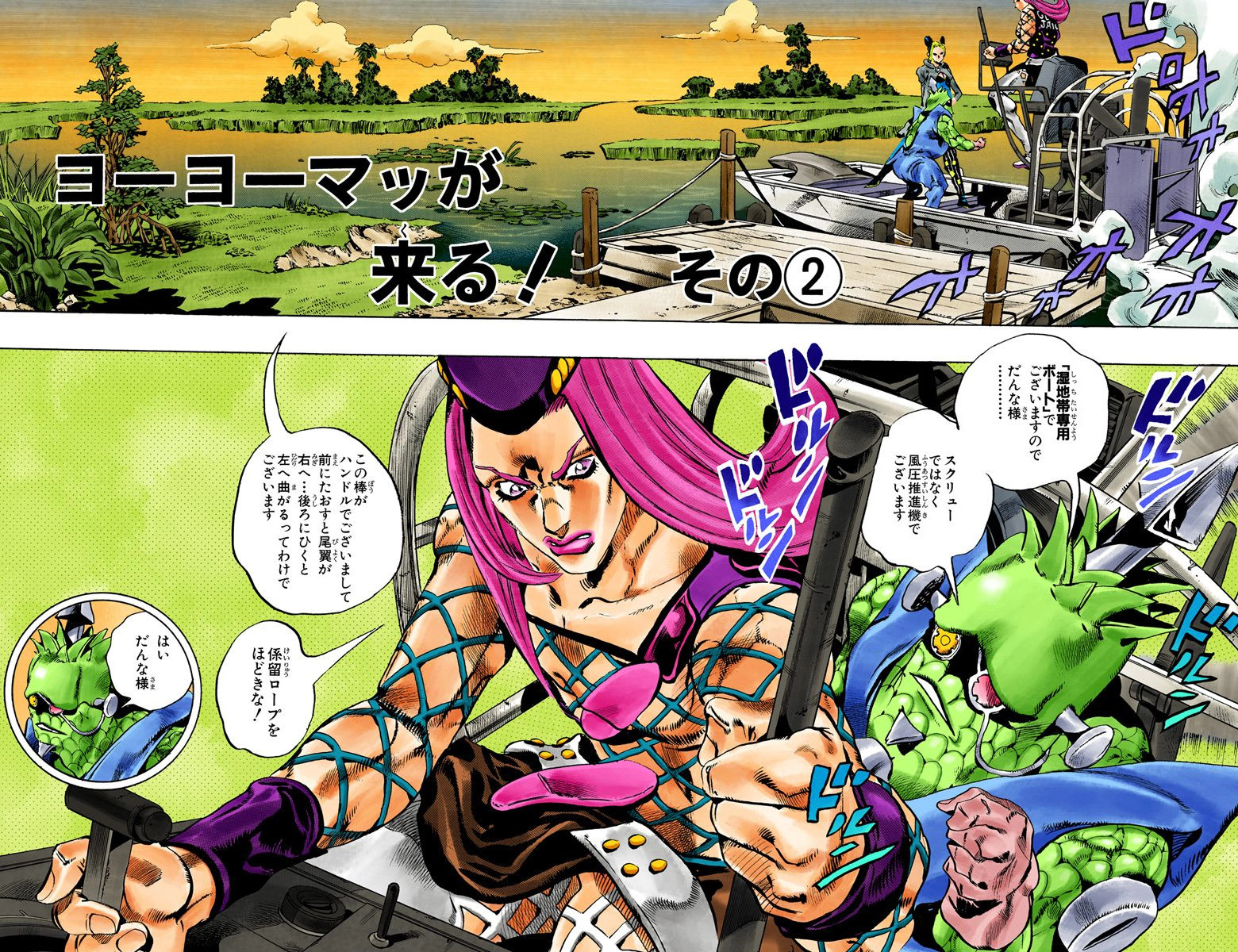 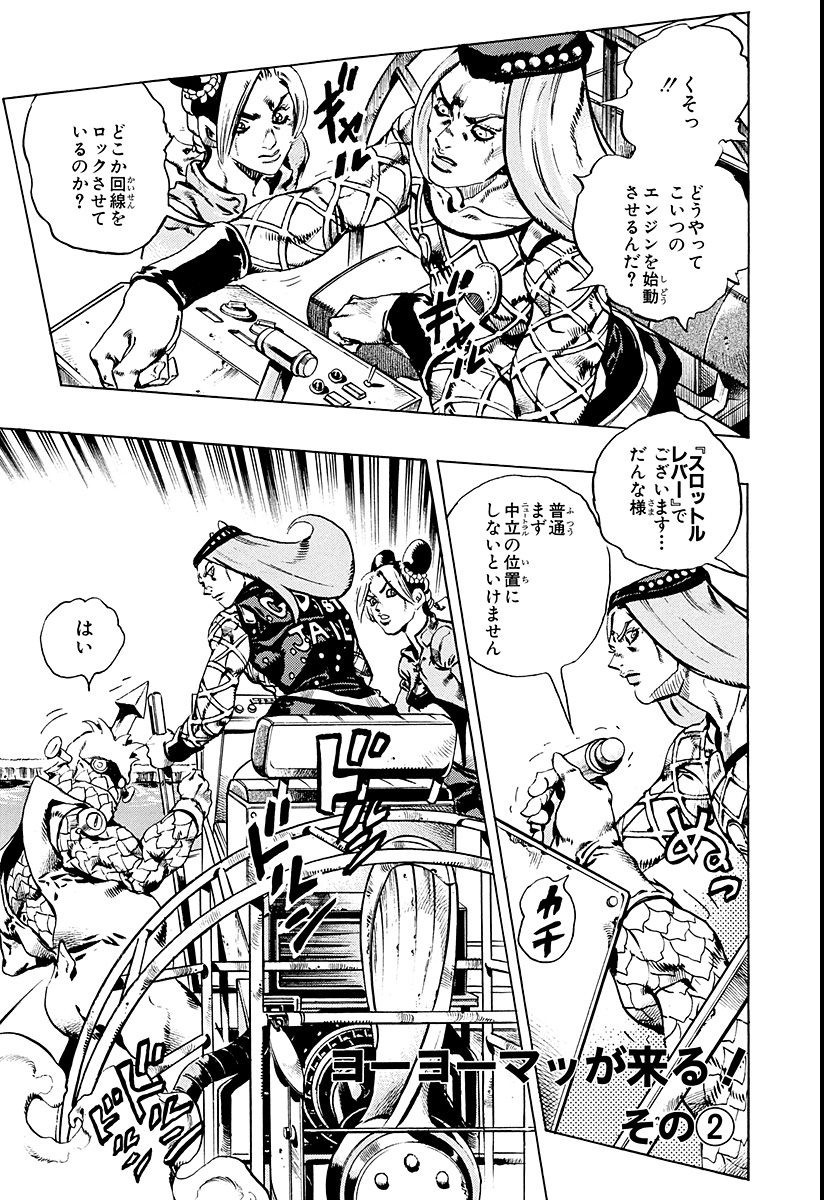 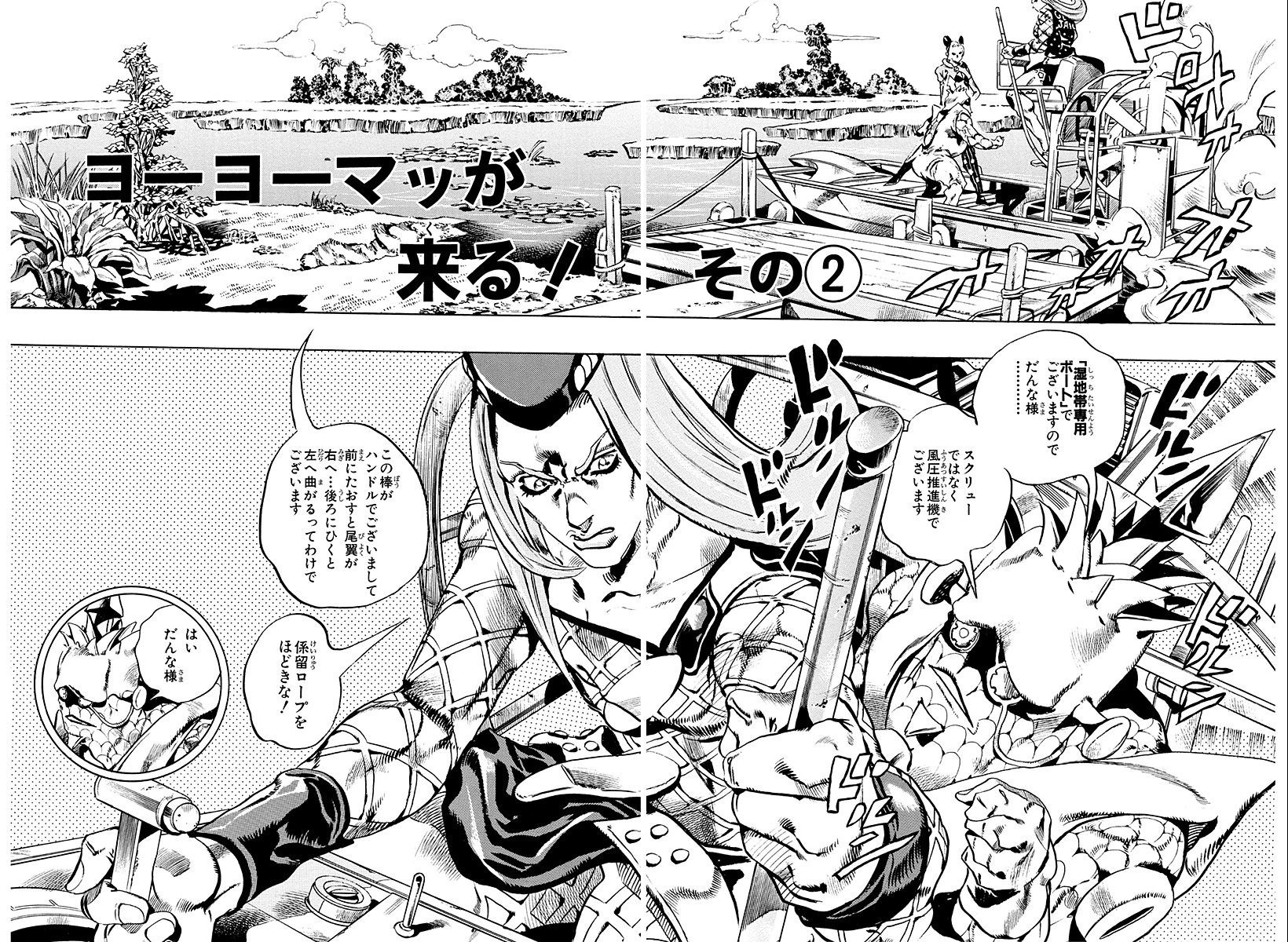 Jolyne and Anasui are now with Yo-Yo Ma at a dock. Yo-Yo Ma explains how to start the engine of a boat at the dock after Anasui asks, referring to him as "master." He continues to explain how the boat works until Anasui commands him to release the mooring ropes. Yo-Yo Ma offers water and food to the two, and Anasui ushers Jolyne to get on the boat, saying that they can leave things up to F.F.

F.F. recalls how they escaped prior to the situation in a flashback. The three headed for the Eastern side of the building and climbed out of a ventilation window with the green baby in tow. That side of the building was covered in shadow, so the plants on Jolyne's body stopped growing; they were planning to wait until nightfall so that Jolyne's plants would completely wither away, but F.F. figured that the prison must have caught on to the ruckus in the punishment ward by now. She also assumed that Whitesnake probably knew everything, as well. Suddenly, Yo-Yo Ma appeared, swallowing the green baby whole.

Jolyne used Stone Free to punch Yo-Yo Ma as an attempt to force him to spit it out, and F.F. shot him in the face. Anasui tried using Diver Down, but even that proved ineffective. Yo-Yo Ma started grovelling at Jolyne's feet, lamenting about how he got her shoes dirty, and offered a chair, comics, and a matchstick puzzle. Yo-Yo Ma recalled the last time he saw his user, who he names to be D an G. F.F. shot him five times, but still, no results came out of it.

Jolyne accidentally faced the sun, causing flowers to grow from her face. She pondered over why Yo-Yo Ma wasn't hostile, wondering what he might be plotting. Anasui demands that F.F. find and assassinate the user while Jolyne and him watch over Yo-Yo Ma. When Anasui turned his back, F.F.'s jaw was suddenly melted away by what she identified mentally to be his spit. She worries about Jolyne and Anasui getting into a one-on-one with the stand, hoping Jolyne will keep a close eye on Yo-Yo Ma.