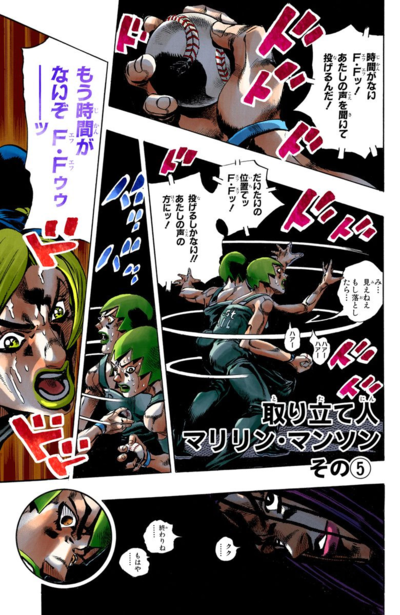 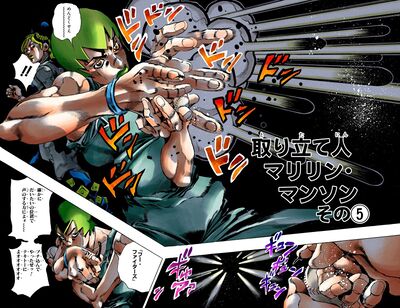 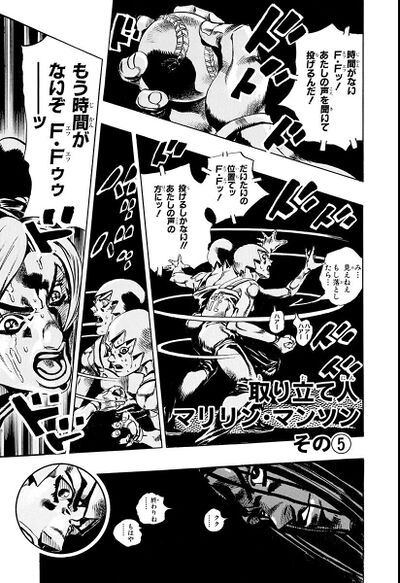 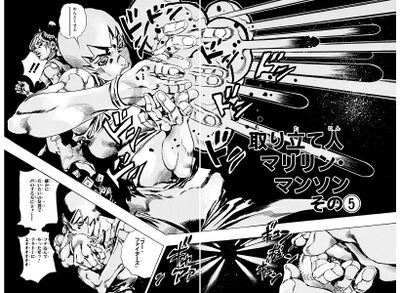 Miraschon turns off all the lights in the shower, causing F.F. to panic, as she is unable to see anything. Jolyne tells her to throw the ball toward the sound of her voice, but F.F. only hears Miraschon mumbling. She shoots at her general direction using her ability. The lights turn on, F.F.'s bullets merging with Miraschon's arm. Miraschon runs out of the showers, Jolyne and F.F. following while continuing to throw the ball. They run into the main prison.

As the PA announces that lock down will soon commence, Jolyne spots Miraschon entering a room. Jolyne corners her in a small room, which turns out to be an elevator as its doors close with F.F. on the outside. With their time running out, F.F. barely manages to open the door. She throws the ball at the elevator, and, by using Stone Free, Jolyne unravels the ball. This allows it to fit through the grated elevator gate; now Jolyne has ten full seconds to beat Miraschon.