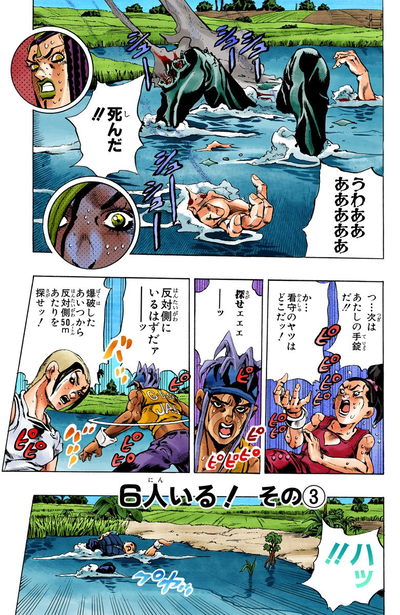 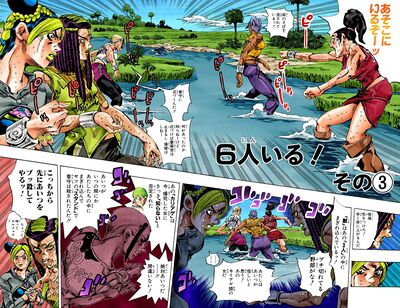 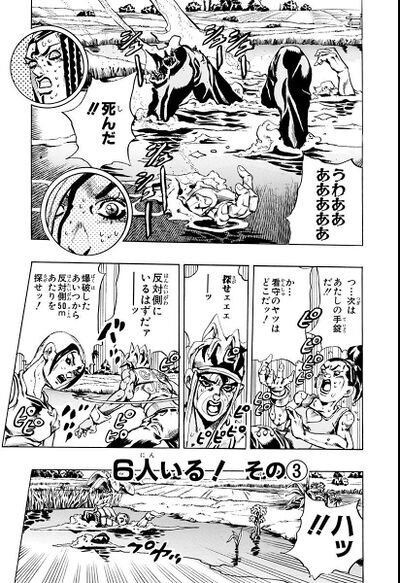 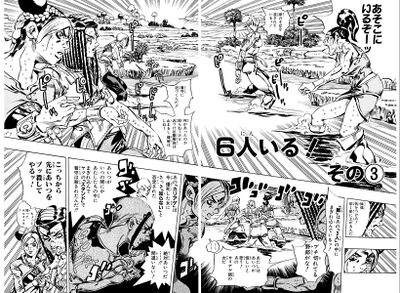 The guard's body washed too far away, causing Atroe's bracelet to explode and kill her. The inmates begin to panic, frantically searching for the guard. They see the guard lying on the coast, and begin to approach him. Ermes cautions Jolyne that one of these inmates is the enemy guarding the Stand Disc.

Ermes suspects that it's the one with the shaved head, because Atroe said she didn't recognize her. Jolyne warns her not to make assumptions. As the inmates approach the guard, Ermes notices a bucket on the ground filled with water. Suspecting that there is something in the bucket, Ermes kicks it. The bucket appears empty, but Ermes warns Jolyne against travelling alone. Jolyne goes to join the others, but when she turns around, Ermes disappears, leaving only her shoe.

Ermes struggles as she's pulled into the water, seemingly being pulled down by something. In front of her face swims a small, oddly shaped plankton. This plankton begins to multiply, eventually forming a larger being, which begins strangling Ermes. The latter breaches the surface, gasping for air, and tells Jolyne stay out of the water. Jolyne uses Stone Free to create a net to run on, keeping her above the water's surface and allowing her to get to Ermes.