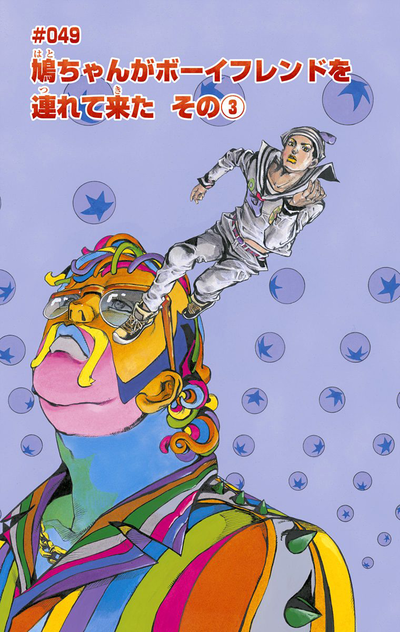 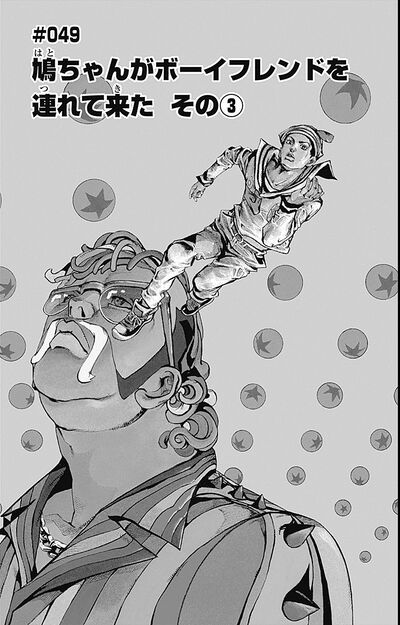 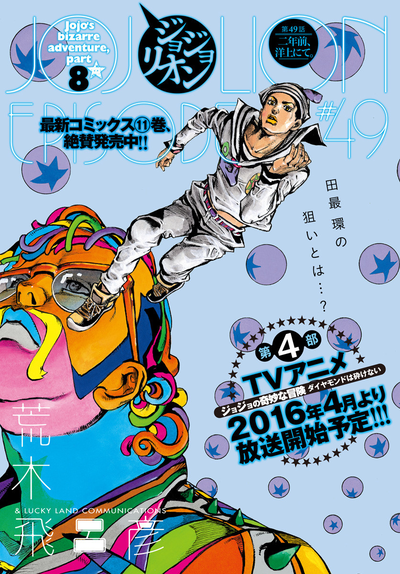 As Josuke is stunned to see Daiya melting on the floor, Damo approaches Hato and kindly asks her to go to the foyer and get back the fax. When Norisuke drinks his champagne, the bubbles distort his skin greatly and as he melts, Damo reveals his true self. Switching his behavior for a dominative one, Damo reveals that he's come to the Higashikata estate to solve "three" problems. Revealing his Stand, Vitamin C, Damo explains that he's firstly investigating the disappearance of an architect, two twin brothers and a security guard, eliminating the responsible party if necessary. While Damo proceeds to toy with the softened Norisuke, he asks him about Yoshikage Kira; Norisuke tries to play dumb, to no avail. Damo then tells Norisuke about the beginning of the whole affair, which began with flying fishes.

Two years ago, Yoshikage Kira, 27 years old and ship doctor by profession, is called on the deck to save a man who's fallen from the upper deck due to flying fishes colliding with him and making him trip. After a short examination, Kira asks about the second victim, as there is another blood trace on the ground. Kira then discovers that the blood comes from one of the Rocks stored inside a container which was burst open, and notices the human form of Aisho Dainenjiyama in the rock, which surprises him. Curious, Kira inquires about the container and learns that it's from Port Moresby in New Guinea, that its cargo is listed as perfectly legal, and that the Higashikata Fruit Company is the client. Back in Morioh, Kira is watching over the docks. He surprises Ojiro Sasame eating noodles in a nearby restaurant and bullies him, prompting the surfer to flee. Sasame knocks a client's hand, which causes his pepper mill to fall into the soup. Meanwhile, Kira finally sees Aisho getting out of the hangar where the Rocks were stored, and deducing that he is part of a strange fruit trade, decides to tail Aisho and eventually steal the fruit. When the client in question manages to extract the pepper from the soup, Kira recognizes the man as Josefumi Kujo.

In the present, Josuke warns Hato, who's entered the foyer, not to touch anything and tells her that Damo is attacking the Higashikata family right now. Josuke tries to escape by breaking the glass door with a flower pot, but it slips back at Josuke, who is now under the effect of Vitamin C as well. Unknowingly to Hato, the enemy Stand lurks right behind her.