The Wonder of You (The Miracle of Your Love), Part 9 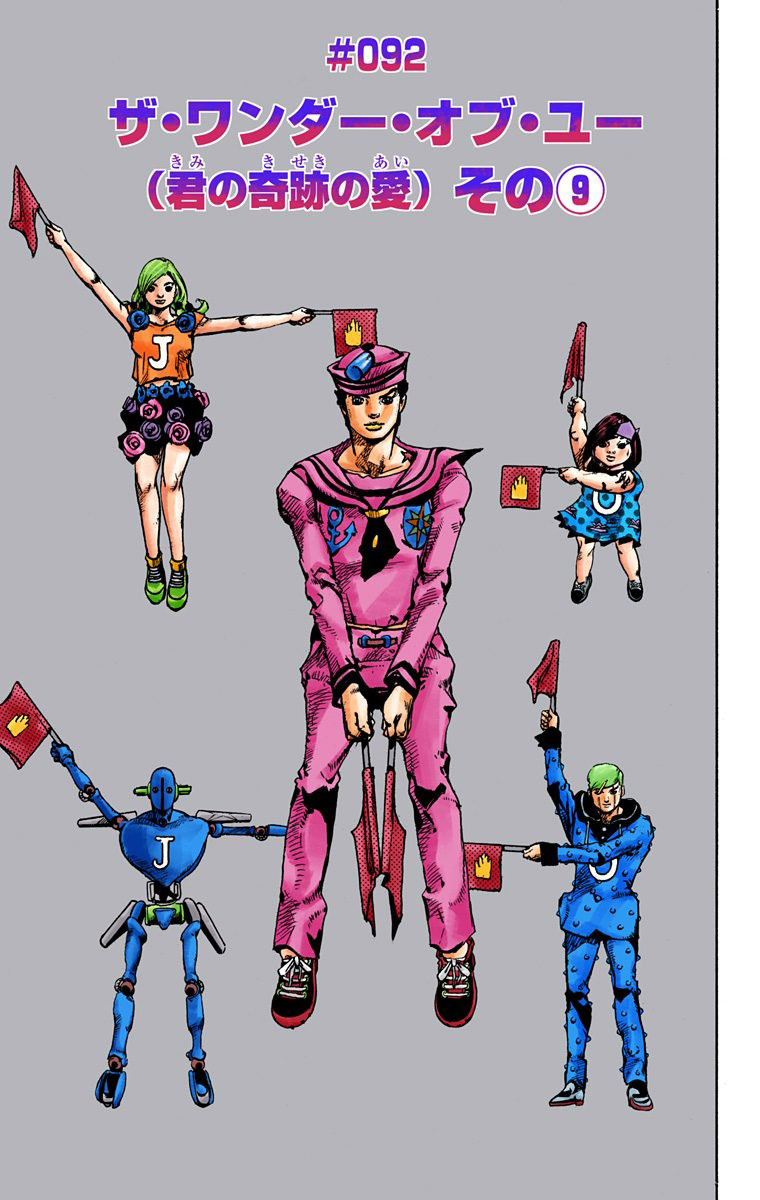 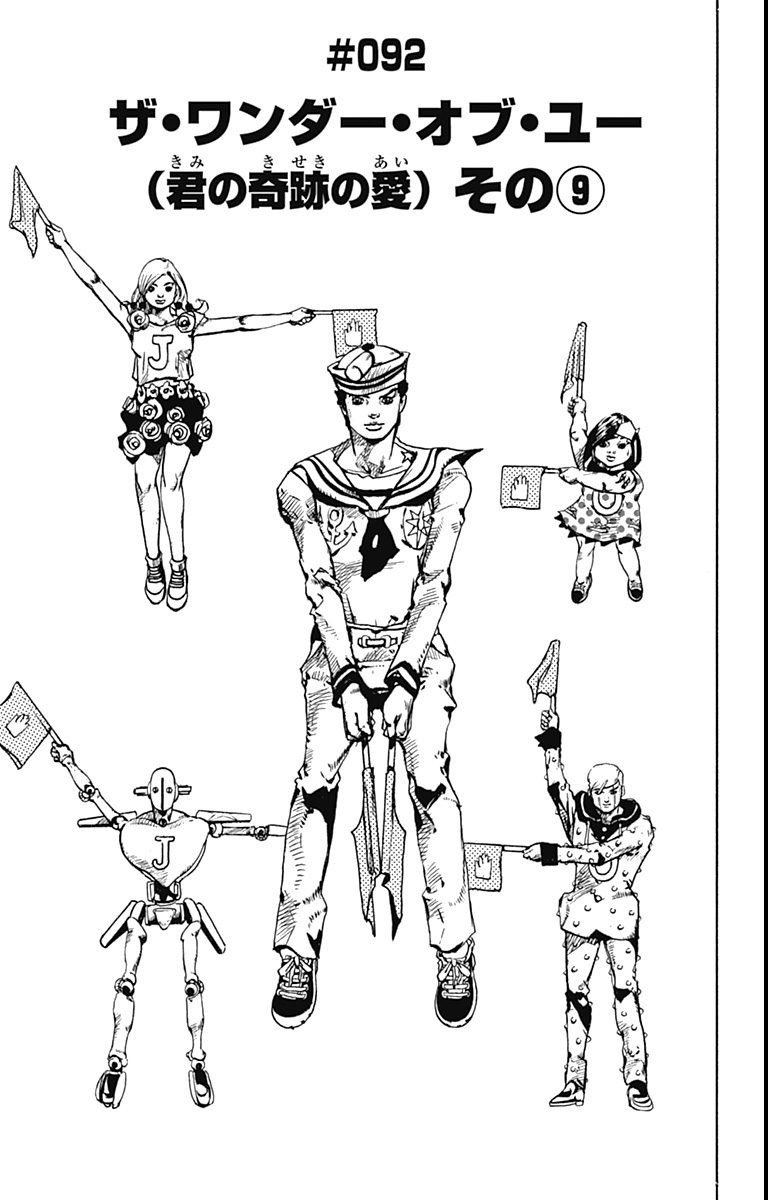 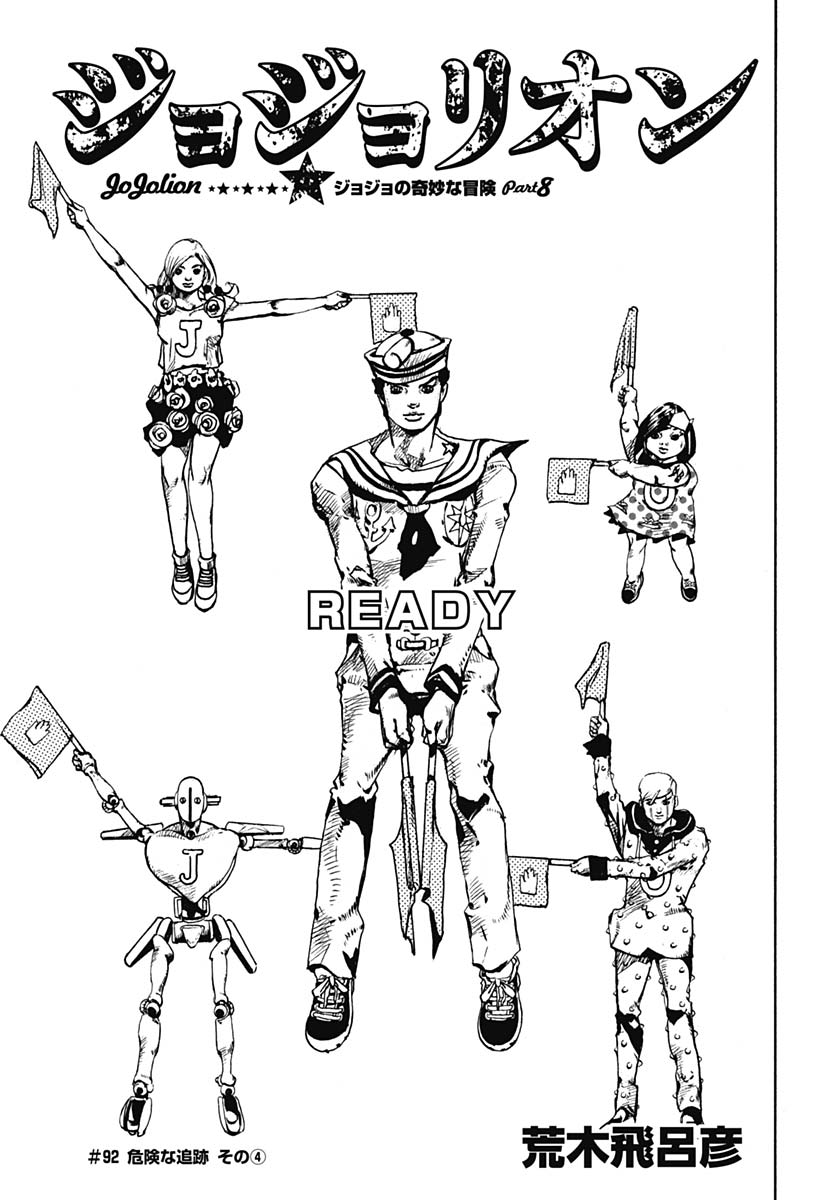 Satoru Akefu's lecture is about to begin. As an announcer dramatically explains the wonders and subsequent limitations and risks of current regenerative medicine, the head doctor makes his entrance into the lecture hall.

Arriving at room A2, Holy reveals to Josuke that the Locacaca Research Organization had infiltrated the TG University Hospital, used the Locacaca Organization's smuggling ring as clinical trials and poisoned her with the fruit, making her unable to warn Yoshikage who discovered part of the scheme by himself. Breaking through a vault with a fire axe, Holy takes some vials of Locacaca 6251 and gives one to her son in order to heal him at the cost of an unknown body part. However, the mass of rock has reached Holy's face and she is forced to lie down on a hospital bed. She warns her to stay away from Akefu, but Josuke reaffirms his will to chase after the doctor, defeat and even possibly kill him. Josuke tries to drink the medicine, but suddenly realizes that his lips are turning to stone, blocking his mouth and nose. Suffocating, Josuke experiences again Akefu's terrible ability. Thankfully, Holy uses one of Josuke's holes in the cheek to pour more medicine into his throat and saves him again. Before falling into a coma, Holy offers a last bit of advice. Josuke cannot chase after the doctor, but he could make the doctor chase after him instead.